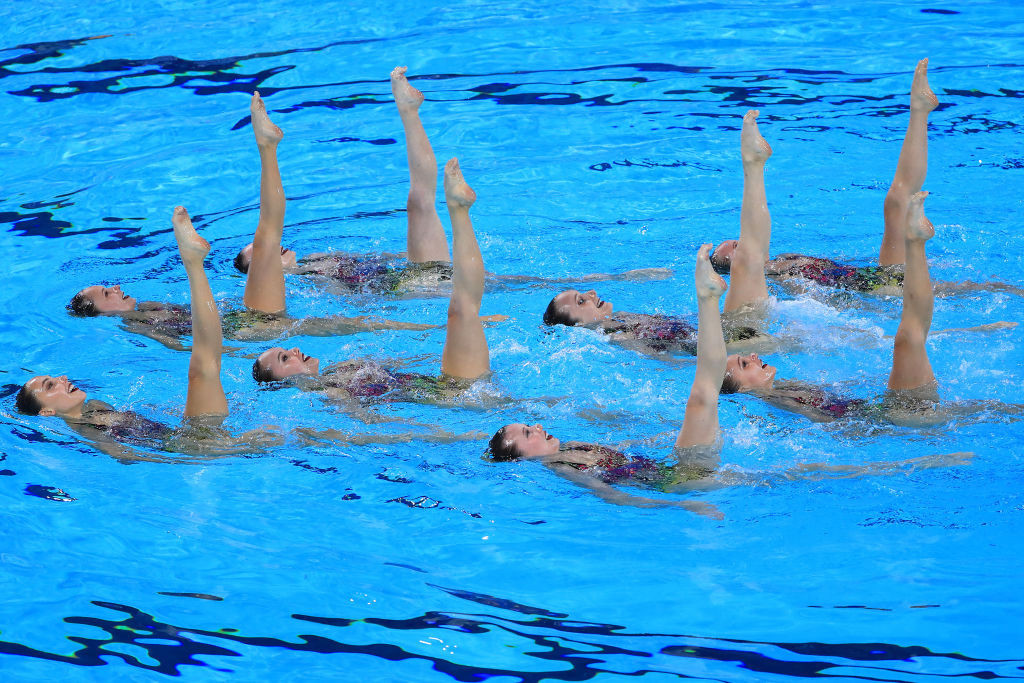 Team free routines will take place tomorrow, after which three team places at Tokyo 2020 will be decided.

With the finale of the FINA Artistic Swimming World Series running in parallel with the ASOGQT at the Piscina Sant Jordi, Italy earned gold in the women’s team technical section, totalling 90.7917 points.

Egypt, Canada, Australia, China, Ukraine, Olympic hosts Japan and an ROC side have already booked their places at Tokyo 2020.

The results for the #artisticswimming Super Final competition and its Team technical format have come through with:

The women’s solo technical event was won by Canada’s Jacqueline Simoneau, who scored 90.4573 points, from Lara Mechnig of Liechtenstein on 84.1573 and Nicole Dzurko of the US, who scored 82.0876.

The men’s solo technical event saw Aleksandr Maltsev of Russia victorious with 90.9322 points ahead of Dennis Gonzalez Boneu, who scored 77.0284.

The ASOGQT is also offering eight Olympic berths to duets, with the weekend reserved for pairs action.

Tokyo had been due to host this artistic swimming qualifier, but complications brought about by the coronavirus pandemic led to it being moved to Barcelona.