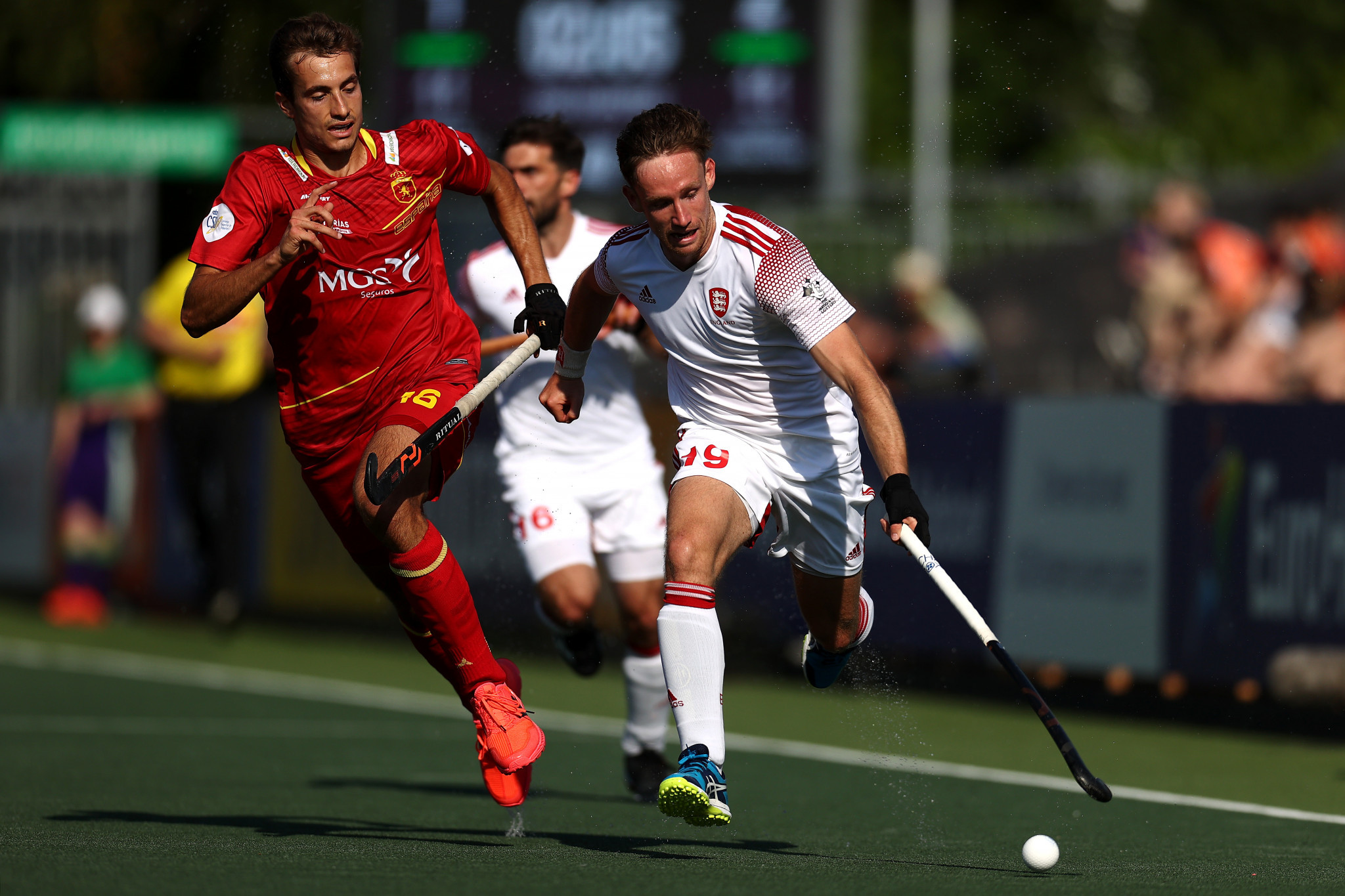 England and The Netherlands topped their pools after a day that saw 33 goals scored in four matches at the men’s EuroHockey Championship in Amsterdam.

England won Pool A after a last minute goal from Sam Ward, which in the process completed his hat-trick, helped them defeat Spain 3-2.

Ward scored twice from penalty corners in the first period to give England a two goal lead.

Spain fought back to level thanks to a penalty corner from Pau Quemada and a field goal from Xavi Lleonart.

A last minute strike from Ward, his third from a penalty corner, completed a dramatic win for England and preserved their unbeaten record at the tournament.

The other match in the pool saw Belgium go goal crazy as they demolished Russia 9-2.

Alexander Hendrickx scored a hat-trick from penalty corners while Florent Van Aubel, who got the scoring underway in the opening minute of the contest, netted a brace.

Niklas Wellen shares his thoughts on the EuroHockey Championship match between France and Germany #EHC2021 pic.twitter.com/ZFNT6OxAZI

Martin Haner was the German hero scoring the winner in the last minute to complete a hat-trick from penalty corners.

Goals from Nicolas Dumont and Pieter Van Straaten helped the French take a 2-0 lead after four minutes, before Haner got the Germans level with two goals in as many minutes.

Charles Masson, a second from Van Straaten and Benjamin Marque gave France a 5-2 advantage in the second period.

A brace from Niklas Wellen, a goal from Florian Fuchs and Haner’s dramatic winner turned around a remarkable contest that saw Germany finish second in the group with seven points.

Elsewhere in the pool, The Netherlands moved secured top spot thanks to their goal difference as they also finished on seven points after thumping Wales 6-0.

Mirco Pruijser, Jeroen Hertzberger and Jonas De Geus got the Dutch off to a flying start as they went 3-0 up inside the first ten minutes.

A second from Pruijser and further strikes from Robbert Kemperman and Billy Bakker rounded off the Dutch rout.

Wales sit third in the pool with three points with France bottom and yet to score a point after their agonising defeat to Germany.

The semi-finals are scheduled to take place on Thursday (June 10) and see England face Germany and Belgium up against The Netherlands.

Wales, Spain, Russia and France advanced to Pool C and will be playing for places at the next Hockey World Cup, scheduled to be held in India in January 2023.