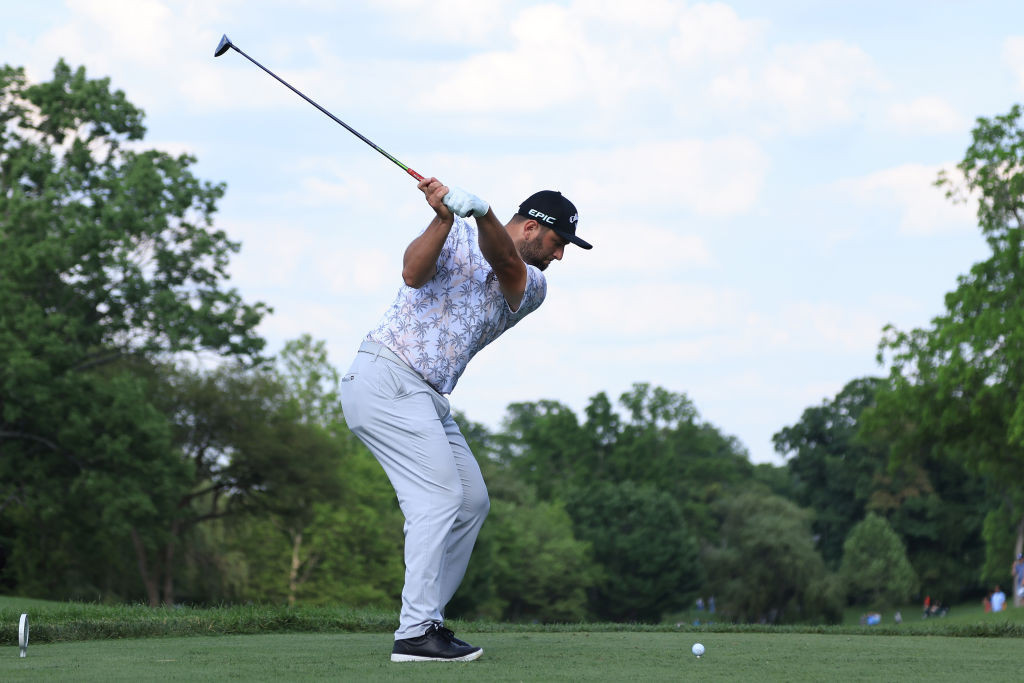 The Memorial Tournament leader Jon Rahm has been forced to withdraw from the PGA Tour event after he tested positive for COVID-19.

Rahm had a six-shot lead at the event at Muirfield Village Golf Club in Ohio before being notified of his positive test while on the course, which was confirmed with a second test yesterday evening.

The PGA Tour said the Spaniard is the "first positive, asymptomatic case as part of the Tour's routine, contact-tracing protocols".

Rahm is also only the fourth player to return a positive COVID-19 test at a PGA Tour event since the resumption of the circuit in June last year.

The PGA said Rahm had been notified earlier on at the Memorial Tournament that he would be subject to contact-tracing protocols as he had come into close contact with a person who had tested positive.

Thoughts after today’s round pic.twitter.com/gWkBAWE42F

The 26-year-old, who has five wins on the PGA Tour, opted to stay in the competition and was tested daily, while he also had restricted access to indoor facilities.

He had remained asymptomatic throughout the event, the PGA Tour said.

"I'm very disappointed in having to withdraw from the Memorial Tournament," Rahm said on Twitter.

"This is one of those things that happens in life, one of those moments where how we respond to a setback defines us as people.

"I'm very thankful that my family and I are all OK.

"I will take all of the necessary precautions to be safe and healthy, and I look forward to returning to the golf course as soon as possible."