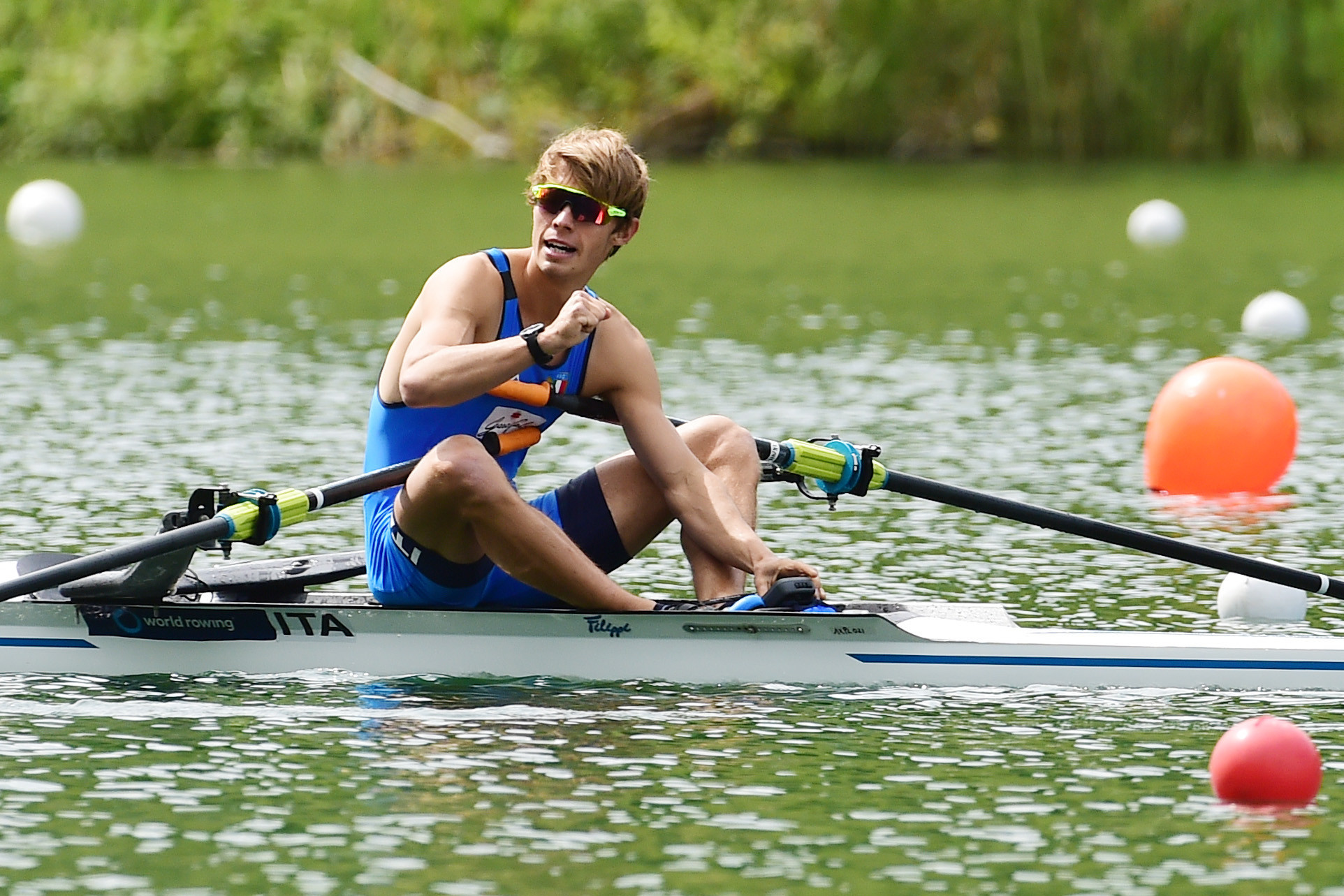 They were the first gold medals to be won in the Swiss city which experienced slower times on day two of the event due to crosswinds.

Li established an early lead over Italy’s Federica Cesarini before opening up clear water to claim a comfortable victory in 8min 23.61sec.

"It was a good race, I did what I did in training," said Li.

"Winning gold in my first World Rowing event means a lot to me, it is the best gift for my 20-year old birthday.

"Thanks to my coach and teammates."

Ireland’s Lydia Heaphy had the fastest final quarter of all of the scullers to cross the line in second in 8:25.15, while Cesarini had to settle for bronze in 8:25.36.

"It was a hard race with tough conditions, but I stuck to my race plan," said Heaphy.

"The Irish team has had a great regatta so far so I took a lot of confidence from that and I’m really pleased with my result."

Torre clinched gold in the final race of the day as he saw off compatriot Martino Goretti in a winning time of 7:18.12.

Goretti was second in 7:21.76, while Chilean Felipe Andres Cardenas Morales secured bronze in 7:24.30.

"It was a great race, I started very quickly and I pushed hard all the time," said Torre.

"I am very happy as it is my first gold medal in the elite category."

The day was dominated by semi-finals, starting with the women’s and men’s lightweight single sculls competitions before a further four events determined their finalists.

World champions Zhiyu Liu and Liang Zhang of China recorded the fastest time in the men’s double sculls semi-finals with a 6:26.64.

Philip Doyle and Ronan Byrne of Ireland are expected to challenge the Chinese crew for gold after they topped the other semi-final.

The two women’s single sculls semi-finals were won by Victoria Thornley of Britain and Hanna Prakhatsen of Russia.

Kjetil Borch of Norway came out on top in the opening semi-final of the men’s single sculls before reigning world and European champion Oliver Zeidler finished first in the other.