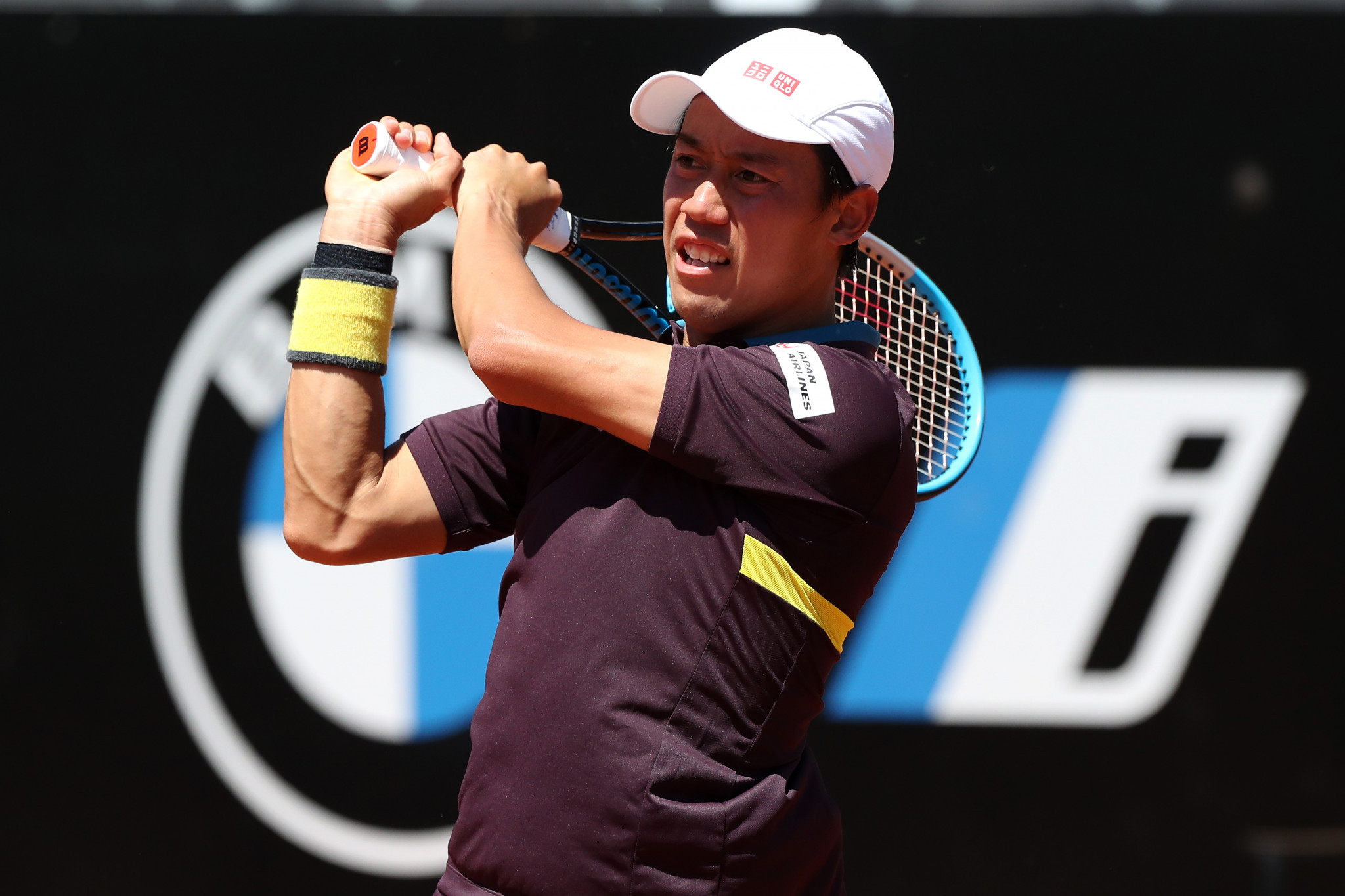 Nishikori has said organisers should hold off on making a final decision on whether the Games could be held, amid a rise in COVID-19 cases in Japan which have led to tightened restrictions.

The 31-year-old, who contracted COVID-19 last year, spoke about the Olympic and Paralympic Games following his first round match at the Rome Masters.

The clay court tournament is one of numerous tennis events to have been held in recent months with bubbles in place.

Nishikori expressed concern over whether Tokyo 2020 would be able to ensure a strict bubble, given the increased scale and number of athletes being located within the Athletes’ Village.

"I don't think it's easy, especially [with] what's happening right now in Japan, it's not doing good.

"You can make a good bubble and maybe you can do it.

"There is some risk too.

"What happens if there's 100 cases in the village?

"Or it can be thousands."

Tokyo 2020 Coordination Commission chair John Coates has stressed that the Athletes’ Village must be the "safest place in Tokyo."

Organisers have sought to reduce the risk of an outbreak in the Athletes’ Village by reducing the number of athletes present.

Athletes have been told to arrive no earlier than five days before their event and depart no later than two days after.

The rule is among one of a series of measures outlined in Tokyo 2020 playbooks, which are aimed at ensuring the Games can take place safely.

This includes athletes and all those with close proximity to competitors being tested daily at the Games.

The International Olympic Committee (IOC) has warned those who breach the rules could be stripped of their accreditation, and the regulations will be in place irrespective of whether participants have been vaccinated or not.

The IOC have encouraged athletes to be vaccinated ahead of the Games and last week struck a deal with Pfizer, with the pharmaceutical company set to donate vaccines to athletes prior to the Games.

Agreements have also been reached for China and Russia to provide vaccines produced in their countries, provided regulatory authorities in nations have approved the vaccines for use.