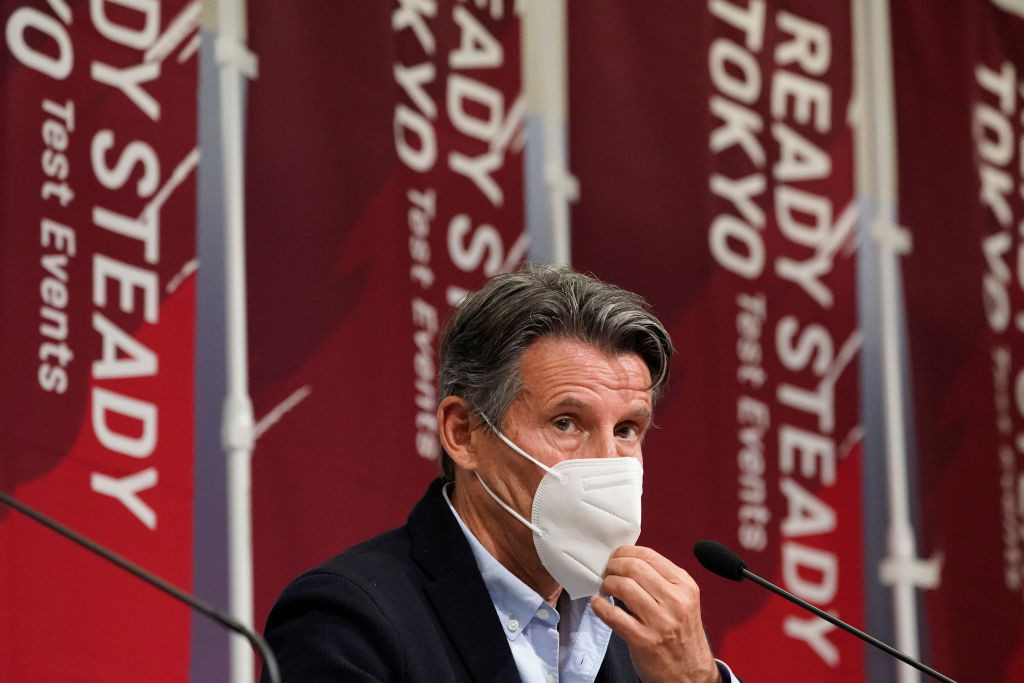 "We are very empathetic to the need to be fully recognising that communities around the world are inevitably nervous about many things related to COVID-19," Coe said.

"The COVID-19 protocols, particularly that World Athletics have developed over the last year and a half by our health and science teams who are extremely good at this, have consistently helped deliver events in a safe and secure environment."

Coe, who revealed there had not been any positive COVID-19 cases stemming from last weekend's World Athletics Relays in Poland, said athletes understood the rules and that the delayed Tokyo 2020 Games would be different to any other Olympics.

"I speak to the athletes all the time," Coe said.

"I am consistently bowled over by the way they are dealing with, by the day, some of these restrictions and some of these added challenges.

"Are they accepting of that situation? Yes.

"The vast majority of athletes I speak to wanting to get into the Games are understanding that it will not be the type of Games they’ve experienced before.

"The athletes have demonstrated the most extraordinary resilience and fortitude over the last year or so.

"They are also understanding that this is not under any circumstances business as usual.

"I think everybody is in the same boat here.

"In track and field we know the athletes are not going to be in the Village until a few days beforehand.

"The chances of them being in holding camps are limited.

"But they still know they would rather be here than sit out the dance.

"It’s important for them."

🎙 @justingatlin: "I felt beyond safe. I was tested everyday. The bubble is successful. The measures that are in place keep everyone safe." pic.twitter.com/Gvn5DvnEQR

Tokyo remains under a state of emergency amid a rise in coronavirus infections, and surveys indicate a large majority of its citizens do not want the Games to go ahead.

But Tokyo 2020 organisers have staged more than 11 test events in the last month and there have not been any reported coronavirus cases from them.

Four of those events - volleyball, diving, marathon and today's athletics 0 have included athletes from abroad, with former world 100 metres champion Justin Gatlin of the United States one of those in action today.

Athletes at the test event have said they want the Games - due to open on July 23 - to go ahead.

"People are really worried about people coming from overseas as coronavirus variants are spreading, but as an athlete I want the Olympics to be held with people from various countries running," said Suzuha Kobari after participating in the women's 100 metres in the morning session, according to Reuters.

Japanese rhythmic gymnast Nanami Takenaka said at a separate test event yesterday that she understood there were opposing views, but that gave her team an extra reason to bring cheer through their performances.

"We'll focus on the things that we can do and when the Olympics are held we want to give our best performance so that people can smile and feel glad they took place," she said.