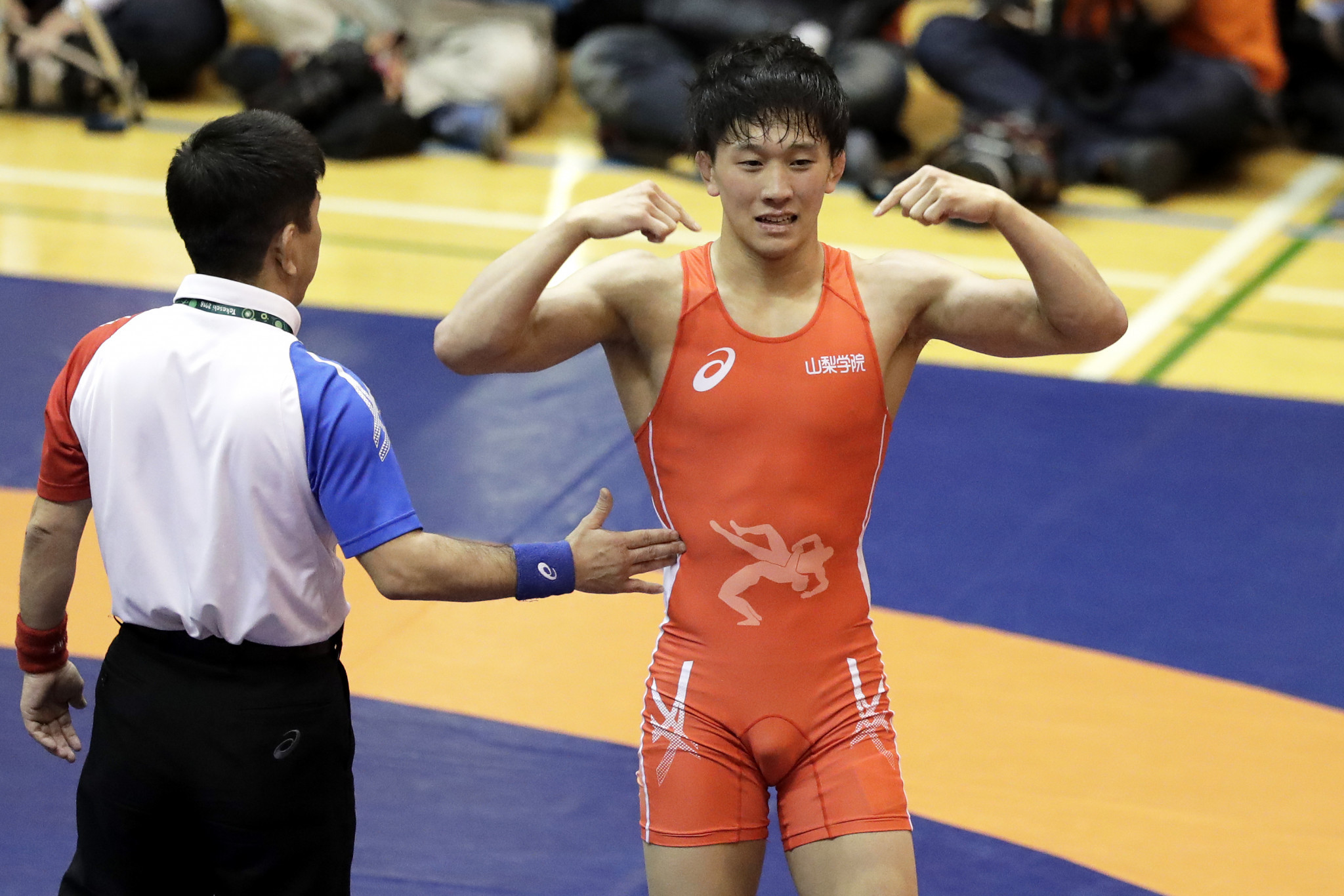 Otoguro reclaimed his title in the final after Bajrang Punia of India withdrew during the bout due to injury.

Another wrestler who defended his title was India's Ravi Kumar Dahiya, who claimed the gold in the men's under-57kg final against Alireza Sarlak of Iran, winning 9-4.

Yuto Takeshita of Japan won one of the bronze medals following a 7-0 defeat of Pakistan's Muhammad Bilal, with the other going to Nodirjon Safarov of Uzbekistan when he won 12-2 against Palestine's Ali Aburumaila.

The wait has ended!

GONG (KOR) hangs on for 5-3 win over SAVADKOUHI (IRI) at 79kg to give Korea their first Asian gold in 8 years. 🇰🇷💪 #WrestleAlmaty pic.twitter.com/uwv6fPkOgY

Kyrgyzstan's Saiakbai Usupov defeated Kazakhstan's Galymzhan Usserbayev 10-0 for the bronze, with India's Narsingh Yadav winning the other bronze after an 8-2 win over Ahmed Mohsin Al Gburi of Iraq.

Kazakhstan won a home gold medal in the men's under-70kg final after Syrbaz Talgat won 6-2 against Sirojiddin Khasanov of Uzbekistan.

Karan Mor of India defeated South Korea's Lee Seung-bong 3-1 to win bronze, and Islambek Orozbekov of Kyrgyzstan won the other after defeating Perman Hommadov of Turkmenistan 6-1.

Tomorrow will see the Championships close with the other five weight categories in the men's freestyle.