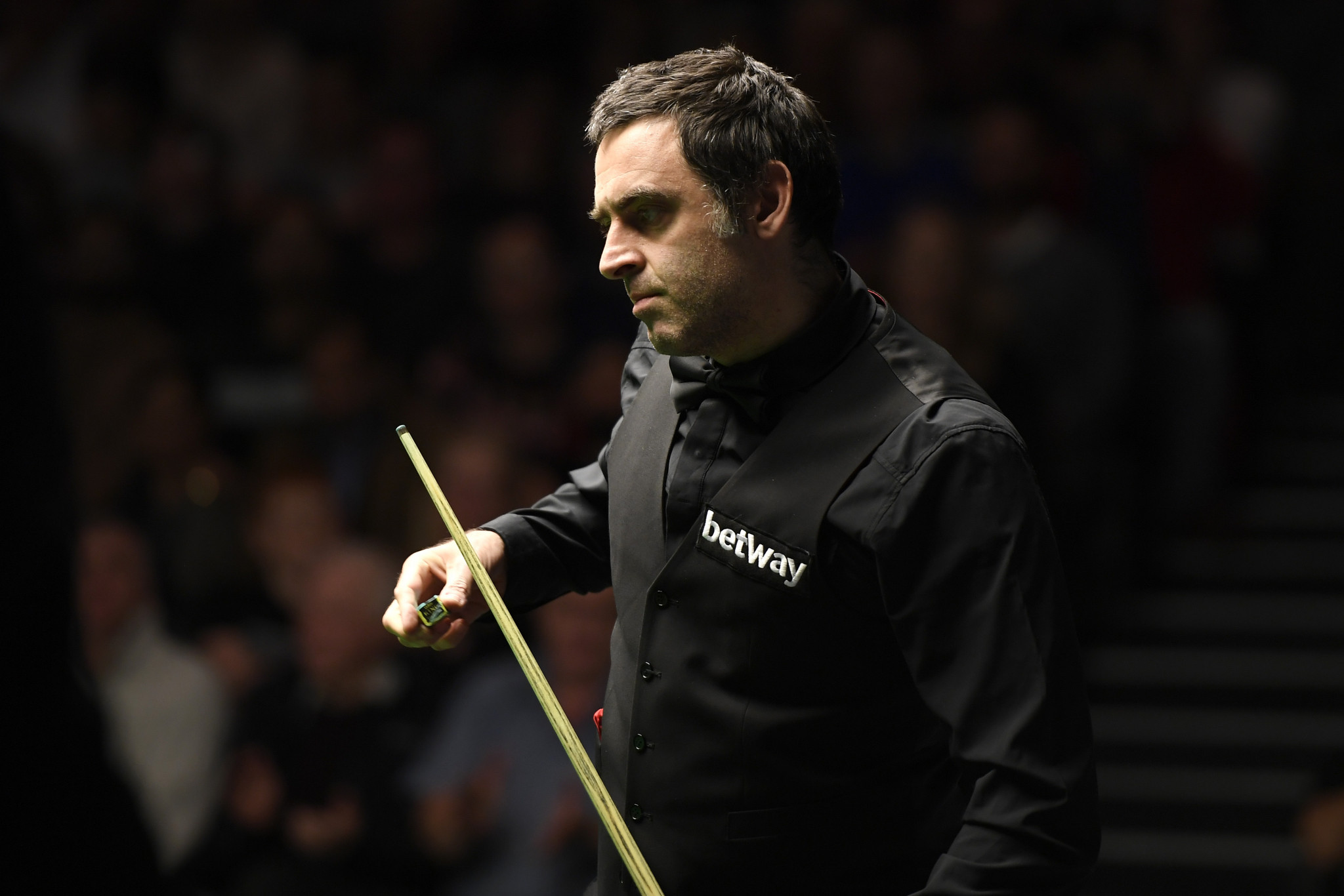 The Englishman, who is the defending champion, would match the modern-era record of Scotland's Stephen Hendry with victory.

O'Sullivan will start the competition at the Crucible Theatre in the English city with a tie against Championship debutant and compatriot Mark Joyce.

Joyce finally qualified for the tournament after 15 years as a professional and may fancy his chances against the world number two.

O'Sullivan suffered a shock defeat to Joyce in their last encounter of great length, losing 5-4 at the 2017 China Open.

Already regarded by some as the greatest snooker player ever with a record 37 ranking titles, O'Sullivan has won six world titles, tied for second-best in modern history with Wales' Ray Reardon and England's Steve Davis.

Hendry, who recently returned to professional snooker following a lengthy retirement, was knocked out in the second round of qualifying for the World Championship earlier this month.

World number one Judd Trump of England will likely be O'Sullivan's greatest challenge and the 2019 world champion starts his campaign against compatriot Liam Highfield.

Four-time world champion John Higgins of Scotland could face Wales' Mark Williams in the round two in one of the most anticipated potential early matches, but must defeat China's Tian Pengfei first.

Williams, a three-time world champion, is set to face England's Sam Craigie in his opening match.

Sixth seed Kyren Wilson of England, who made the final last year before losing to O'Sullivan, could again face Trump after knocking the favourite out in the quarter-finals last year.

A potential semi-final tie between the two could be on the cards, but first Wilson must defeat Englishman Gary Wilson in round one on Monday (April 19).

Australia's Neil Robertson, the third seed for the tournament and 2010 world champion, could face Wilson in the quarter-finals.

He starts his campaign against Liang Wenbo of China.

The first round will be determined over the best of 19 frames, with matches becoming best-of-25 contests in the second round and quarter-finals.

The semi-finals will be the best of 33 frames and the final will be played over two days and 35 frames.

The 2021 World Snooker Championship is set to take place from tomorrow to May 3.

A limited number of fans will be allowed to attend as part of a pilot scheme, but must present either a negative COVID-19 test result, proof of being vaccinated or demonstrate that they have had the virus before.