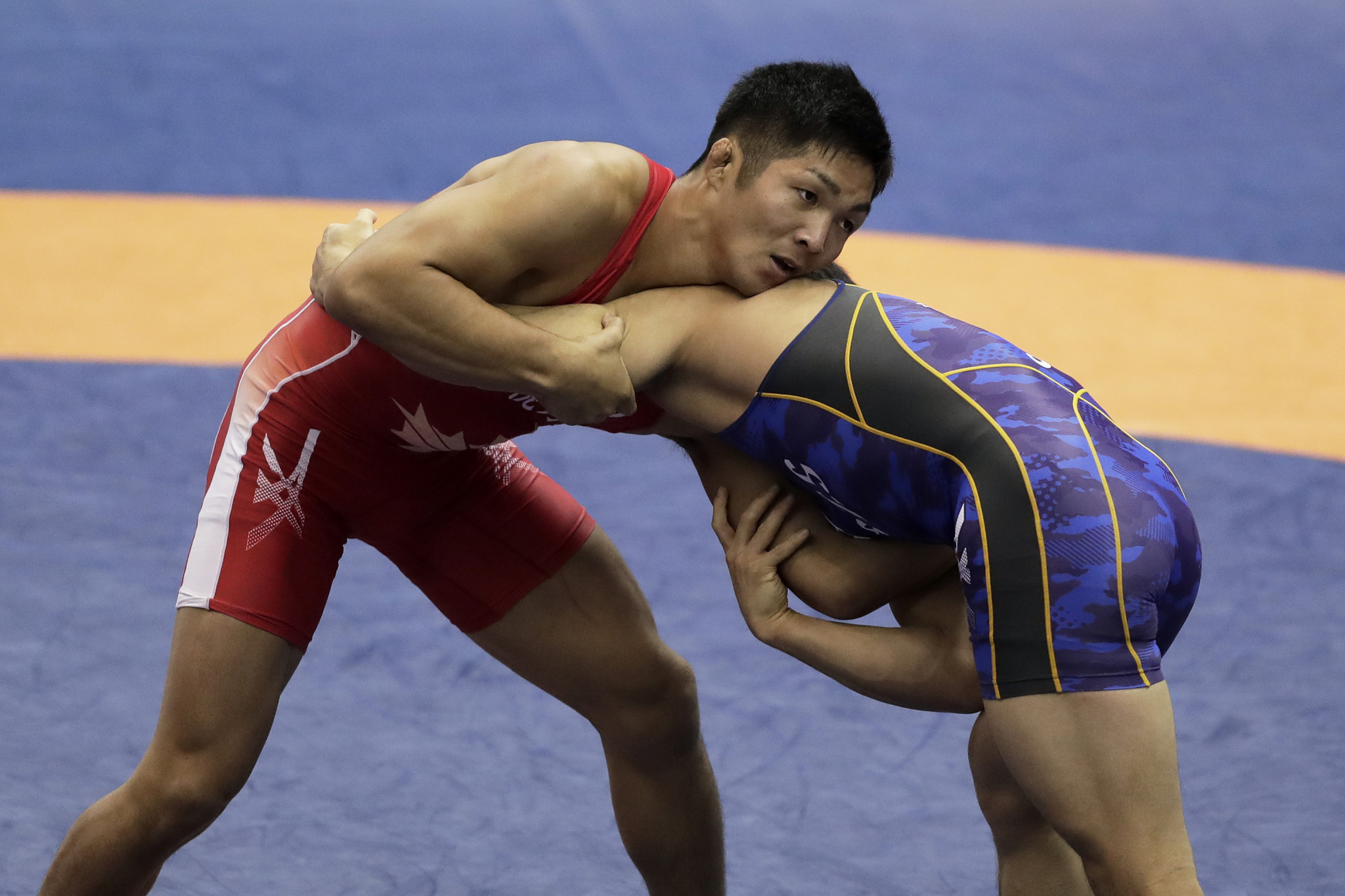 Home fighter Kebispayev led the 67-kilogram final 4-0 before Shimoyamada battled back to clinch a 12-7 victory at the Baluan Sholak Palace of Culture and Sports.

There was more Iranian success in the 97kg division where Mehdi Balihamzehdeh earned gold with a 9-5 win over South Korea’s Kim Seung-jun.

Satoki Mukai of Japan won by the same scoreline against Kazak wrestler Yevgeniy Polivadov in the bronze medal match.

There was little separating the two fighters in the 72kg final with South Korea’s Ryu Han-Su edhing Ruslan Tsarev of Kyrgyzstan 6-5.

Japan’s Taishi Horie joined Kaviyanineja in third spot on the podium with a 9-0 thrashing over Muslihiddin Uroqov of Tajikistan.

Aidos Sultangali of Kazakhstan triumphed 8-4 against Mehdi Mohsen Nejad of Iran in the 60kg final to claim his first Asian title.

"I have wrestled him before but lost to him, but it was a lesson for me," said Sultangali, a 2018 world bronze medalist.

"Today, I felt that he was tired after the first period and I started attacking and worked in par terre. It was a serious win for me."

The bronze medals were won by Ayata Suzuki of Japan and Kim Seung Hak of South Korea following comprehensive victories.

Competition is due to continue tomorrow with women’s wrestling bouts.