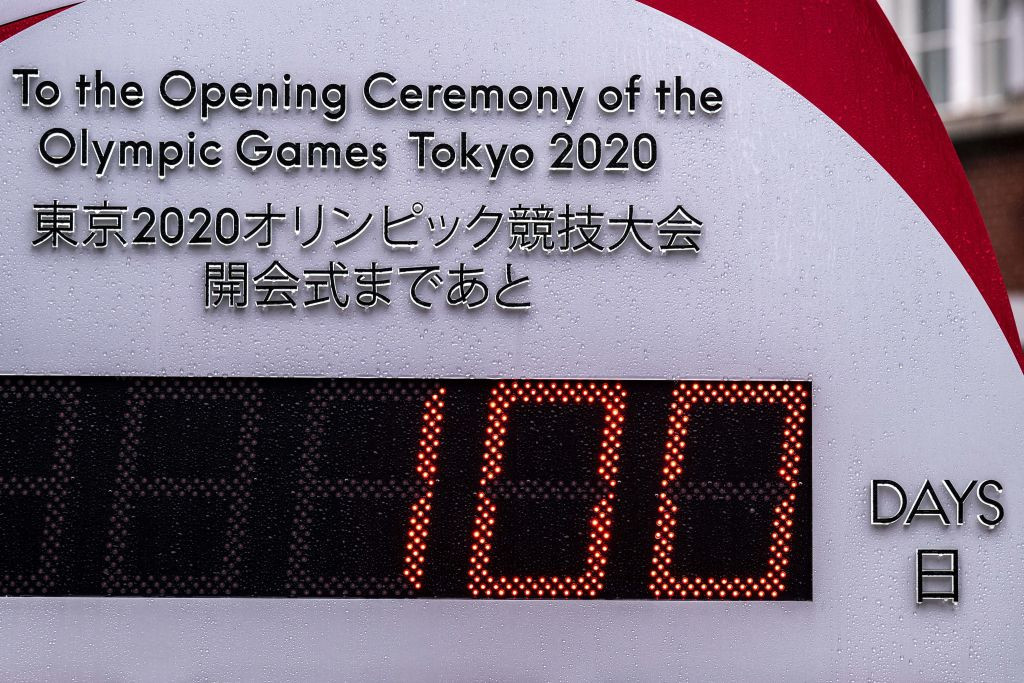 International Olympic Committee (IOC) Coordination Commission chairman John Coates has claimed public opinion in Japan over the staging of Tokyo 2020 amid the COVID-19 pandemic will improve in the 100 days before the scheduled opening of the rearranged Olympic Games.

Coates, speaking to coincide with 100 days to go until the Opening Ceremony on July 23, said he was "very confident" the mood in the host country would swing in favour of organisers.

A new survey this week suggested Tokyo 2020 organisers are still struggling to win public support with more than 70 per cent of Japanese citizens wanting the Games to be cancelled or delayed due to the coronavirus pandemic.

The results of the poll come a day after tougher COVID-19 measures were imposed in Tokyo, Kyoto and Okinawa to halt a potential rise in cases.

Concerns remain over the coronavirus pandemic and its impact on the Games, particularly as Brazil and India grapple with surges of infections, while the Japanese Government has been slow to roll out COVID-19 vaccines.

Overseas spectators have been prevented from attending the Games as a result of the global health crisis.

Coates, an IOC vice-president, claimed that stories such as Hideki Matsuyama's triumph at The Masters and swimmer Rikako Ikee qualifying for the Games after recovering from leukaemia, coupled with the coronavirus countermeasures that are set to be in place at the Games, would shift public opinion.

😉 Check out the statue of #Miraitowa and #Someity that was unveiled to celebrate #100DaysToGo until the Opening Ceremony of the Olympic Games #Tokyo2020! @Olympics #Tokyo2020 #UnitedByEmotion pic.twitter.com/A6I1eTMmeu

"We have to publicise the countermeasures that are progressively being taken to ensure the safety of the Japanese public," said Coates.

"They have to understand the emphasis that we've placed on this, as well as the emphasis on the safety of the athletes.

"I could give you an example.

"Sydney wasn't looking too good in public opinion one year before, but once we got into that last 100 days, things turned.

"Those are the sorts of stories and there'll be other stories of Japanese athletes and foreign athletes.

"Once those stories start to get out to the public, I'm very confident that public opinion will turn."

IOC executive director for the Olympic Games Christophe Dubi confirmed the second version of the "playbooks", the rules athletes, officials and other attendees must adhere to during their stay in Tokyo, would be published on April 28.

Under the terms of document, designed to ensure the Games can go ahead amid the pandemic, visits to tourist areas such as bars and restaurants are banned, while athletes are set to be prevented from competing if they test positive for COVID-19.

Those who come into "close contact" with someone who tests positive for COVID-19 will only be cleared to participate once they themselves have registered a negative test.

Athletes have also been told to arrive at the Athletes' Village no earlier than five days before their competition at the Games and depart no later than two days after.

Dubi said the update would include more information on testing, dealing with close contacts and what he called an "adapted quarantine", which will see all attendees told to detail their movements for the first 14 days after they arrive in Japan.

Tokyo 2020 President Seiko Hashimoto stressed organisers need to be "meticulous and bold at the same time [and] prepare ourselves for the Games" during a ceremony held to mark the 100 days to go milestone.

"We will make every moment left until the Games count," said Hashimoto.

"The playbooks will be updated to include  even more detail and reflect the latest expert advice.

They also illuminated symbolic venues of the Games in the colours of the rings as a tribute to health and medical workers fighting against COVID-19.

The Tokyo 2020 Olympics are due to run from July 23 to August 8, with the Paralympics set to be held between August 24 and September 5.