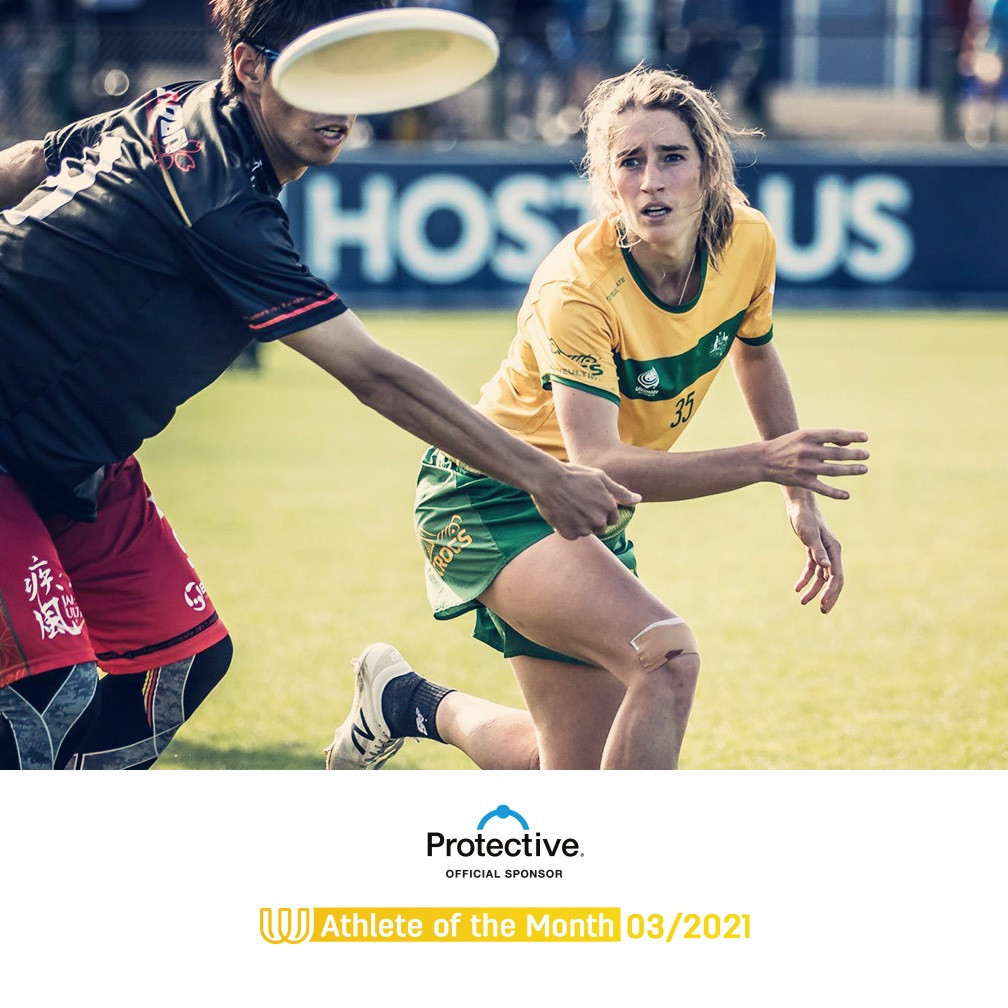 Ultimate frisbee and Australian rules football player Cat Phillips has been named as the World Games Athlete of the Month for March.

Phillips plays for St Kilda in the the Australian Football League, with the ambition of being crowned Premiership champions at the end of April.

At the same time, Phillips continues to train for her other goal of representing Australia in flying disc at the 2022 World Games in Birmingham in the United States.

Phillips is also the co-founder of the mixed-gender Australian Ultimate League (AUL).

When the AUL was last played in 2019, Phillips was awarded the Davis Medal as female most valuable player for the season.

Phillips is also a campaigner for gender equality.

Growing up in Melbourne in Australia, Phillips tried a lot of sports including netball, athletics and water polo but fell in love with ultimate frisbee.

"It’s kind of like a combination of netball and American football," said Phillips.

"It’s non-contact, you can’t run with the disc and you have to throw it between seven people on your team.

"To score a goal you have to catch it in the try area, like an end zone in American football."

Flying disc made its World Games debut in 2001 and has made four further appearances since then.

As the World Games Athlete of the Month for March, Phillips will receive a diploma and a branded gift from the official sponsor of the award, Protective Life.