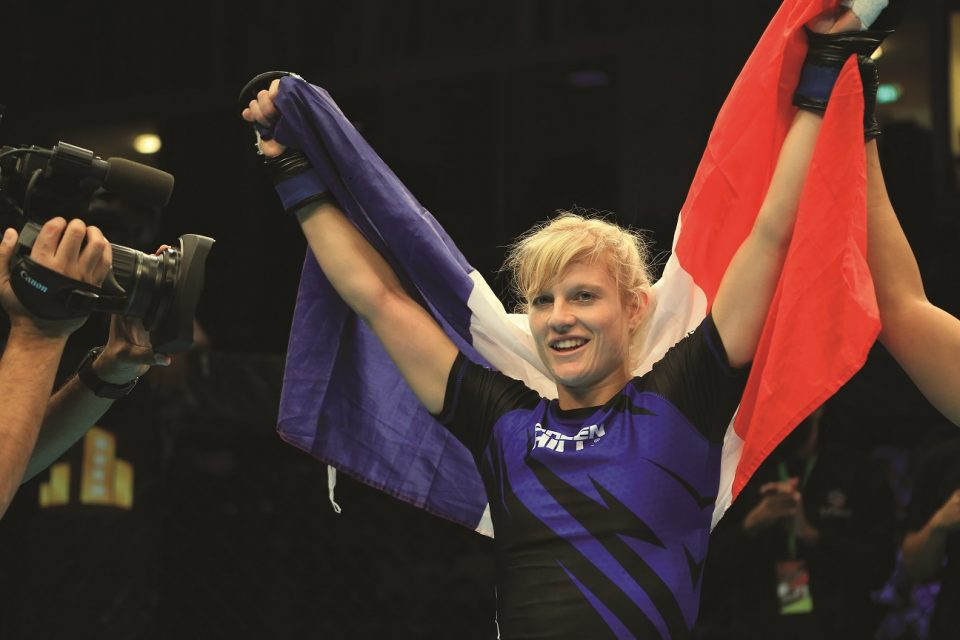 Nato stressed the full commitment of the FFB to making mixed martial arts a credible and respected sport in France which would put athlete welfare first and appeal both to recreational participants and serious competitors.

IMMAF’s President, Kerrith Brown, chief executive Densign White and Board member Bertrand Amoussou were joined in their conference with Nato by members of the working group setting up the French Martial Arts Federation (FMMAF), which has been created by the FFB’s Executive Committee.

Mixed martial arts (MMA) was banned in France in 2016, with the French Sports Ministry outlawing the use an octagonal cage and many of the key techniques involved.

The Government warned at the time that the sport would be legal only once it was taken over by an existing French sports federation.

In September 2019 the current French Sports Minister Roxana Maracineanu decided to move ahead with measures to see the sport legalised.

Six Federations had applied to supervise MMA in France and in February Maracineanu announced that responsibility had been given to the FFB to supervise its return, initially until the end of last year, after which a decision would be made about whether to establish an autonomous national MMA governing body.

The first official gala organised in France took place in Vitry-en-Seine in October 2020.

Now the FMMAF is tasked with ensuring the representation, management and coordination of MMA activities in France in accordance with Ministerial guidelines and the regulations of the FFB.

Nato discussed the progress in setting up the necessary FMMAF structures - a process that has been hampered by the COVID-19 crisis - and announced that a General Assembly, including elections of an FMMAF Executive Committee, was planned for September.

Another key discussion concerned plans for a French competition system - based on regional, then national qualifications - which would allow French teams to be selected for IMMAF Championships.

Nato, a French amateur and professional champion, national trainer and national technical director in boxing, wants a system in France that is rigorous and which will select competitors who have proven talent and form and who will compete for medals.

In conclusion, he affirmed his commitment to work hand in hand with IMMAF to ensure delivery of the mission entrusted to the FFB by the French Ministry of sport last year.

Brown said: "We were very impressed by the energy and drive of Dominique Nato and his determination to show that FFB was chosen by the Ministry for a reason - because they have all the skills, structures and ideas to take MMA in France to the next level of growth.

"IMMAF will work closely with the FMMAF working group to develop our sport in France and we are looking forward to welcoming French coaches, officials and athletes at our major events, hopefully by the end of 2021."