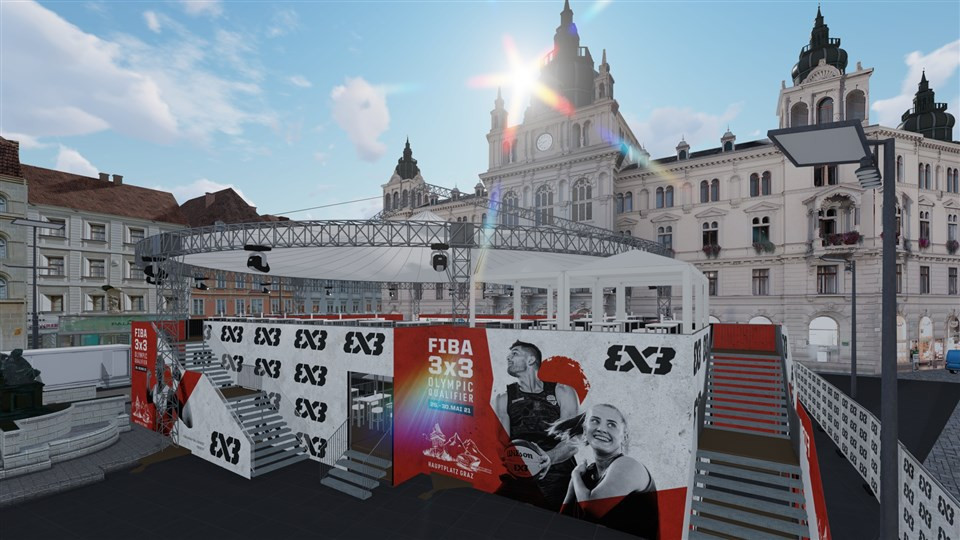 The International Basketball Federation will allocate tickets for the 3x3 Olympic Qualifying Tournament in Graz in Austria to fans using a lottery system.

FIBA said it had created "a new outdoor arena format that is in line with COVID-19 safety protocols".

The venue known as "The Thunderdome" on Graz's Main Square will host groups of eight fans at each table to limit the amount of contact between spectators to reduce the risk posed by the virus.

Drinks and snacks can be ordered through a smartphone app and consumed without fans leaving their seat.

Due to the limited number of seats, FIBA and Basketball Austria agreed that a lottery concept would be the fairest way to allocate the seats, giving all 3x3 basketball fans an equal opportunity of attending the event.

The lottery started today on the FIBA 3x3 Olympic Qualifier website, with tickets for the two daily sessions on the opening day - May 26 - available.

Every Sunday, tickets for a new event day will be made available.

Following the last ticket lottery, all participants will be informed of the results of the draw.

The 3x3 Olympic Qualifying Tournament is scheduled to take place from May 26 to 30.

Three men's and three women's teams will qualify for the Tokyo 2020 Olympic Games, postponed to this year because of the coronavirus pandemic, at the event.

A total of 20 teams will contest both the men's and women's tournaments.

The top two nations from each of the four pools will qualify for the quarter-finals.

Japan, China, the Russian Olympic Committee (ROC) and Serbia have already qualified for the men's Olympic competition, while ROC, Mongolia, China and Romania have booked a place in the women's tournament.

The final spots at Tokyo 2020, where 3x3 basketball is due to make its Olympic debut, are set to be determined at the FIBA Universality Olympic Qualifying Tournament from June 4 to 6 in Debrecen in Hungary.