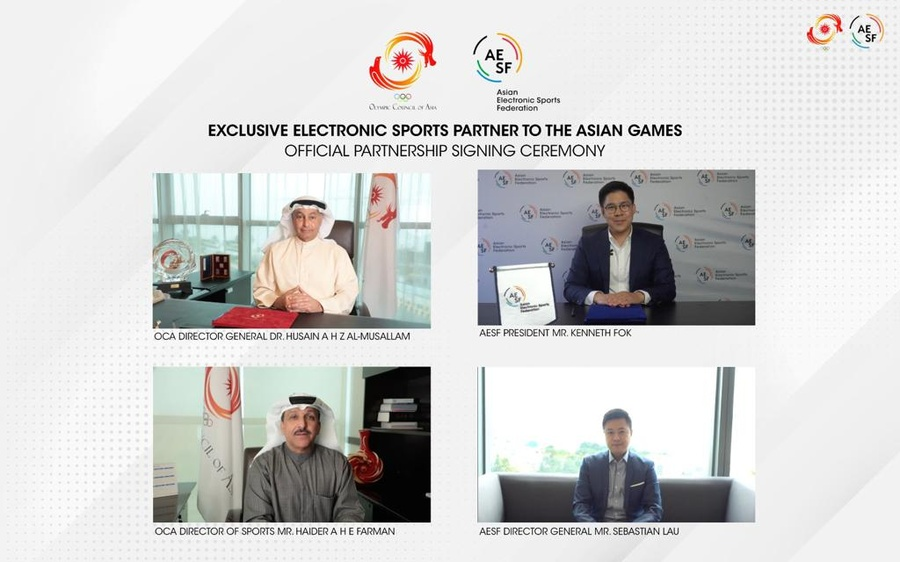 Confirmation that esports will making its debut as a medal event at the Hangzhou 2022 Asian Games, with the Asian Electronic Sports Federation (AESF) as sole partner for management of the tournament, has been welcomed by the AESF's member federations.

On behalf of the Saudi Arabian Federation for Electronic and Intellectual Sports (SAFEIS), Prince Faisal Bin Bandar Bin Sultan Al Saud, whose country will host the Asian Games in 2034, welcomed the important step that will be taken in the Chinese city of Hangzhou.

"The partnership between the AESF and the Olympic Council of Asia further legitimises esports globally and provides the athletes and the fans the support they deserve," the SAFEIS President said.

"By becoming an official medal event, it will provide young athletes and esports enthusiasts with sustainable career paths in the venerated Olympic sphere.

"Saudi Arabia is more than happy to be competing in the upcoming Asian Games and will continue to do so leading up to the 2034 Asian Games taking place in Riyadh."

Lokesh Suji, director of the Esports Federation of India (ESFI), claimed the step to full medal status was a success "for not only the Indian esports athletes and fans but the whole of Asia."

An active participant in the Asian esports scene, the ESFI has been credited with playing a vital role in supporting the AESF’s efforts to champion esports in the region.

"We have finally reaped fruits with inclusion of esports as a medal sport in Asian Games 2022," Suji added.

"I am sure that the day is not far, when esports will be a medal sport in Olympics too.

"We are confident that this time we will win many medals including a couple of golds.

"ESFI is committed to develop, support and grow esports not only in India but the region."

Indonesia has also played a major role in esports development, having hosted the 2018 Asian Games in Jakarta and Palembang where esports was featured as a demonstration event.

Eddy Lim, President of the Indonesian Electronic Sports Association (IESPA), commented: "On behalf of IESPA and the Indonesian esports community, I am very happy for this development.

"I hope everything that was achieved in 2018 would provide a solid foundation base to make esports at the 2022 Asian Games a larger and grander event.

"We are more than happy to share all resources and ideas for our counterparts in Hangzhou should they require any, and I cannot wait to see what they have in store for the esports scene."

Aziz Pattakhov, President of the Esports Federation of Uzbekistan, said esports being added as a medal event was "incredible" and "very motivating".

"By allowing amateur and professional esport athletes to compete at a grand stage, it also gives the Asia region a unique status as one of the leading regions in the esports industry globally," added Pattakhov.

A year before its featuring at the Asian Games in Indonesia, esports was a demonstration sport at the Ashgabat 2017 Asian Indoor and Martial Arts Games (AIMAG) and will be on the full programme for the next AIMAG in Thailand in 2021.