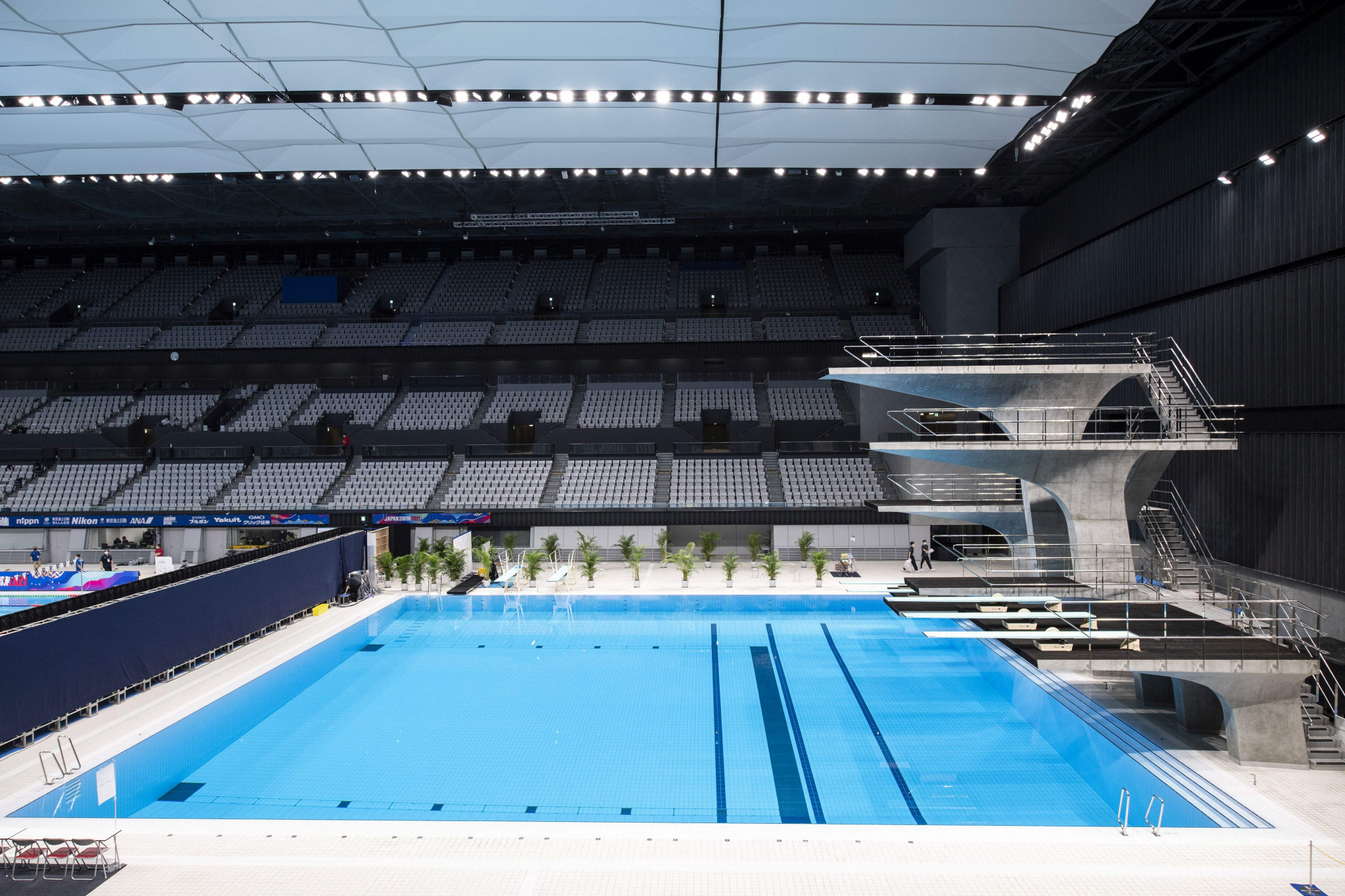 Tokyo 2020 qualification events in artistic swimming and diving will now be held in May, it has been announced, following reports they had been cancelled.

The competitions had been a cause of concern, with the International Swimming Federation (FINA) having listed the competitions as being off last week.

Both events serve as qualifiers and test events for Tokyo 2020.

FINA had expressed concerns over rising costs associated with coronavirus countermeasures, a three-day quarantine period ahead of the event and delays on several Japanese embassies issuing visas.

According to Reuters, organisers have made concessions to the governing body over cost-sharing, as well as the three-day quarantine period.

The FINA Diving World Cup will be held from May 1 to 6, having been moved from its planned April 18 to 23 slot.

FINA said the decision follows confirmation of the "detailed procedures for entry and local hosting arrangements in place for the event in Japan during the month of May for all delegations taking part in the event".

Four spots for Tokyo 2020 are due to be awarded in each synchronised diving discipline at the event, as well as up to 18 spots in individual disciplines.

FINA said discussions are ongoing regarding the artistic swimming qualifier, which is due to take place from May 1 to 4.

A decision is expected to be made in the coming days.

Fukuoka had been scheduled to stage the Olympic marathon swimming qualifier from May 29 to 30, but the event has now been moved to Setubal in Portugal.

"For each of these Olympic qualifying events, a fair competition environment is of the utmost importance," a FINA statement read.

"They are also critical for optimal preparations for the Olympic Games.

"All parties ask the athletes and officials devoted to qualifying for the Games for their generous understanding of this necessity.

"The Government of Japan, the Tokyo Metropolitan Government and local governments across Japan continue to work together to jointly address the COVID-19 situation and ensure the safety and security of all competitors.

"FINA takes the opportunity to express its gratitude to the Tokyo 2020 Organising Committee, Japanese Government and the IOC for their commitment to confirming the arrangements for the events and once more reiterates its confidence on a very successful staging of the Olympic Games this summer in Tokyo.

"The Japanese side is grateful for FINA's confidence and looks forward to working together to deliver safe, secure and fair Olympic qualification events in the lead-up to this summer's Games."

Several of the test events are operational, while others will be held under the "Ready, Steady, Tokyo" banner.

FINA will oversee its events, while World Athletics is in charge of the marathon event in Sapporo.

Domestic fans are expected to be present at the athletics test event at the National Stadium in Tokyo next month.

The competition is expected to help organisers plan for the possibility of allowing domestic spectators to attend events at the Games amid the pandemic.