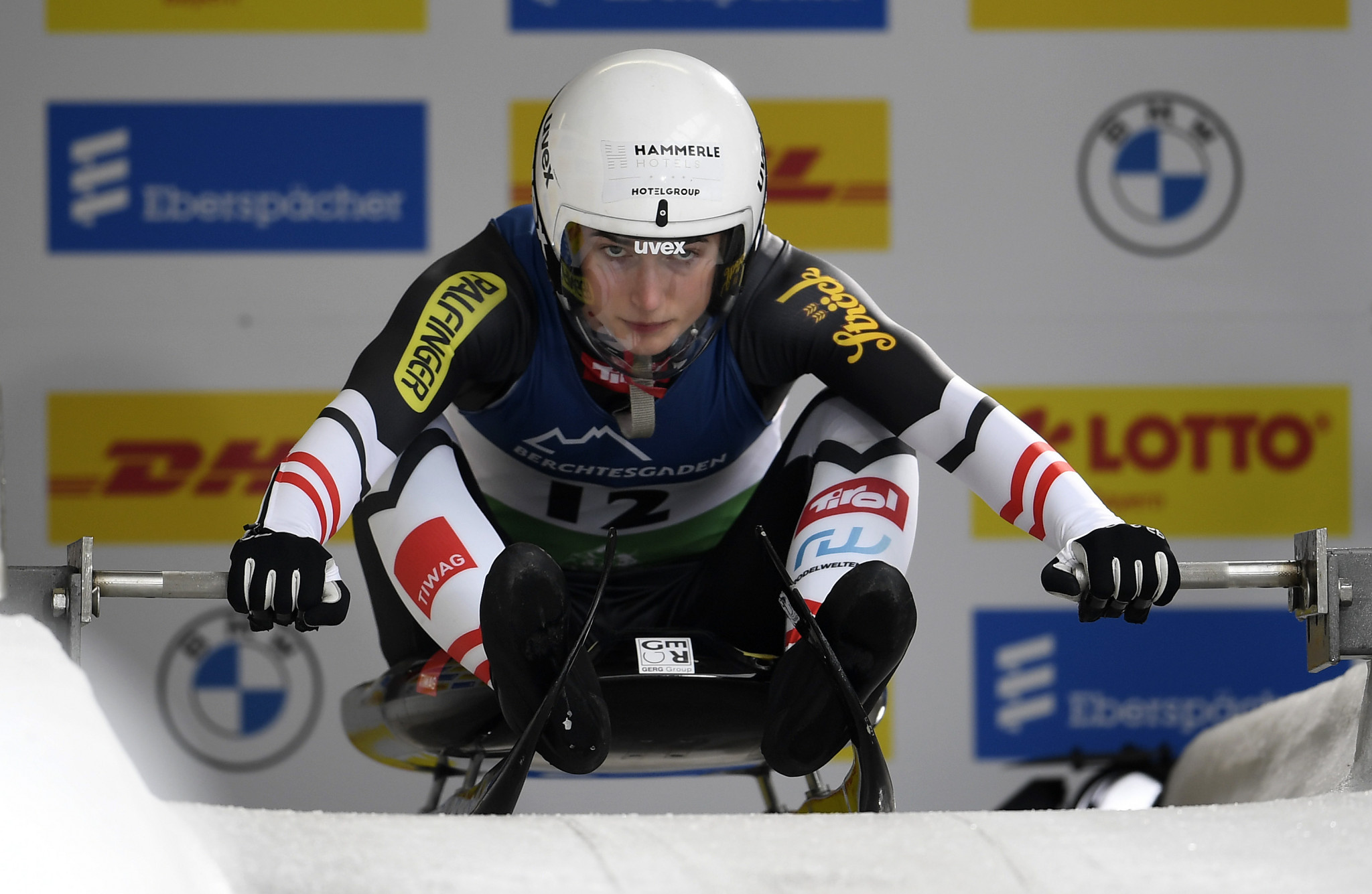 Austrian luger Madeleine Egle believes her experience at the Lillehammer 2016 Winter Youth Olympics set her up perfectly to medal at the senior Games.

The 22-year-old won singles bronze in Norway five years ago, and has gone on to achieve significant success at senior level as part of the Austrian mixed relay line-up.

Egle won bronze with her relay colleagues at the Pyeongchang 2018 Winter Olympics after a ninth place finish in the individual event.

The Austrian mixed relay team then won gold at the European Championships in Lillehammer in 2020, before adding the world title in Königssee in Germany this year.

During the 2020-2021 World Cup season which concluded in February, Egle claimed a silver and a bronze medal finish to end third in the overall standings.

She said that her attendance at Lillehammer 2016 helped prepare her for Pyeongchang and what has come since.

"Yes, it was very similar [to Pyeongchang]," she said in an interview published on the International Olympic Committee website.

"A bit like a smaller version of the Olympics, perhaps a little bit more playful, connecting more with people.

"But it really helped me understand what it would be like - living and eating all together in the Village.

"It helped me imagine what it would be like, and when I went there [to Pyeongchang] I knew how it was going to be."

Egle, who is now hoping to reach the podium at next year's Beijing 2022 Winter Olympics, added that her time in Lillehammer was "amazing".

"I got to know so many people from around the world," she said.

"I think it's a huge experience to get to know so many athletes and different sports.

"In Lillehammer, it was a little bit more chilled than in Pyeongchang.

"There were not so high expectations and not so much pressure.

"It really was a good experience."