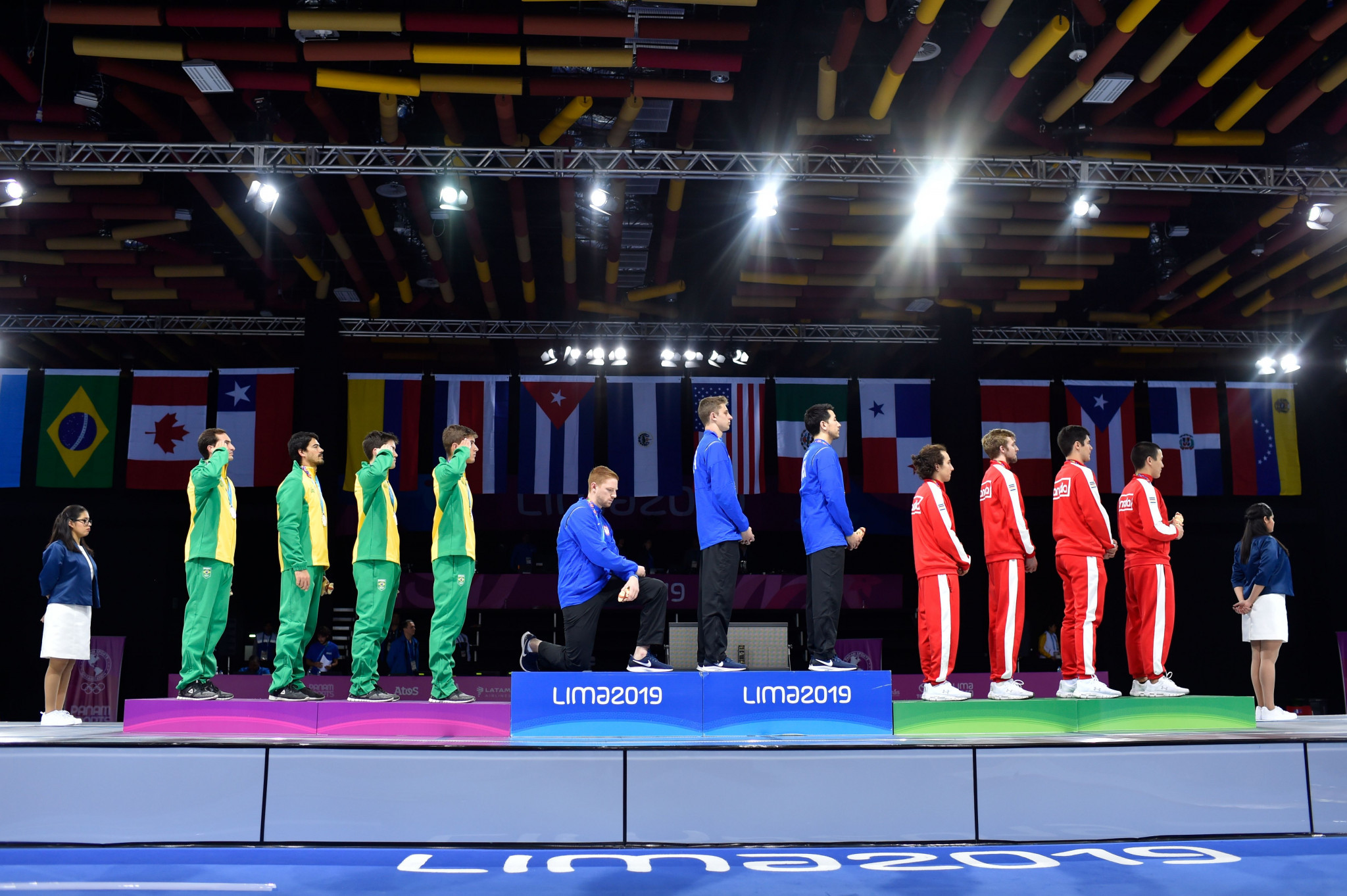 The guidance follows the USOPC’s decision in December not to sanction athletes for demonstrating at the Olympics and Paralympics.

The decision came after the Team USA Council on Racial and Social Justice called for the end of the prohibition of peaceful demonstrations by team members at the Games.

USOPC chief executive Sarah Hirshland has written to athletes as part of the ongoing process, with the organisation outlining demonstration participation rules for the upcoming Olympic and Paralympic trials.

"When you came forward with your recommendations in December, they reflected specific themes of social injustice and inequality that are prevalent in our society and addressed how those themes directly and personally impact the lives of America’s elite athletes," Hirshland wrote.

"You also made it clear there is a deep desire for Team USA athletes to speak on these issues, and to lead as a positive force in our community.

"This trials guidance defines latitude for athletes to express their personal perspectives on racial and social justice in a respectful way, and without fear of sanction from the USOPC."

The USOPC has also promised to create opportunities through Team USA platforms to promote America’s elite athletes and their commitment to racial and social justice.

The organisation added that it will provide education through community town halls to promote dialogue and provide an understanding of the Trials rules, along with future engagement opportunities for athletes to share first hand experience.

The USOPC guidance defines a racial and social justice demonstration as being specifically aimed at "promoting the human dignity of individuals or groups that have historically been underrepresented, minoritised, or marginalised in their respective societal context."

These demonstrations can either be through speech or body gestures, as well as messages communicated via clothing or signs.

Examples cited by the USOPC include wearing a hat with phrases such as "Black Lives Matter" or "Trans Lives Matter."

Words such as "equality" or "respect", orally advocating for equity/equal rights for Black, Indigenous, and People of Colour (BIPOC) individuals, or other historically underrepresented, marginalised or minoritised populations are also included.

The USOPC say "impermissible elements" will not be allowed at the trials.

These are defined as "expressions that advocate against other people, their dignity, or their rights", including hate speech, racist propaganda, or threatening, abusive, or discriminatory remarks.

Acts that impede events at the Trials, cause physical harm to others or to property, or violate laws are considered impermissible elements.

The USOPC has outlined an enforcement process, which will be overseen by a team of three USOPC representatives from key functional areas.

The team will review demonstrations to determine if a violation occurred and whether sanctions are appropriate.

A notice of violation, including sanctions, will be given to athletes considered to have breached rules.

Athletes will have the opportunity to request a hearing to challenge the sanctions, with requests required in writing within 90 minutes of being notified.

Athletes and the USOPC will present factual evidence and legal argument to a Trials Administrative Board (TAB) in a formal hearing.

This TAB will consist of the USOPC Board chair,  USOPC chief executive, the National Governing Body Council chair, the Athletes’ Advisory Council (AAC) chair and an athlete of over 10 years.

An outside expert can also be used, while the office of the athlete ombudsman will be available to provide independent and confidential advice regarding athlete rights and options.

The TAB will make a final, binding decision.

The guidance document follows the Team USA Council on Racial and Social Justice determining that Rule 50 of the Olympic Charter and International Paralympic Committee (IPC) Section 2.2 "violate athletes’ rights to free speech and freedom of expression."

Their steering committee on protests and demonstrations had called for the USOPC to "distinguish between human rights/social justice protests and instances of hate speech, racist propaganda, and discriminatory remarks aimed at eliminating the rights and dignity of historically marginalised and minoritised populations".

The IOC Athletes' Commission’s completed a survey to gauge athletes' opinions on protests at the Olympics and to come up with ways they can express their views "while respecting the Olympic spirit and the neutrality of the Games".

Their recommendations are due to be made to the IOC Executive Board in the coming months.