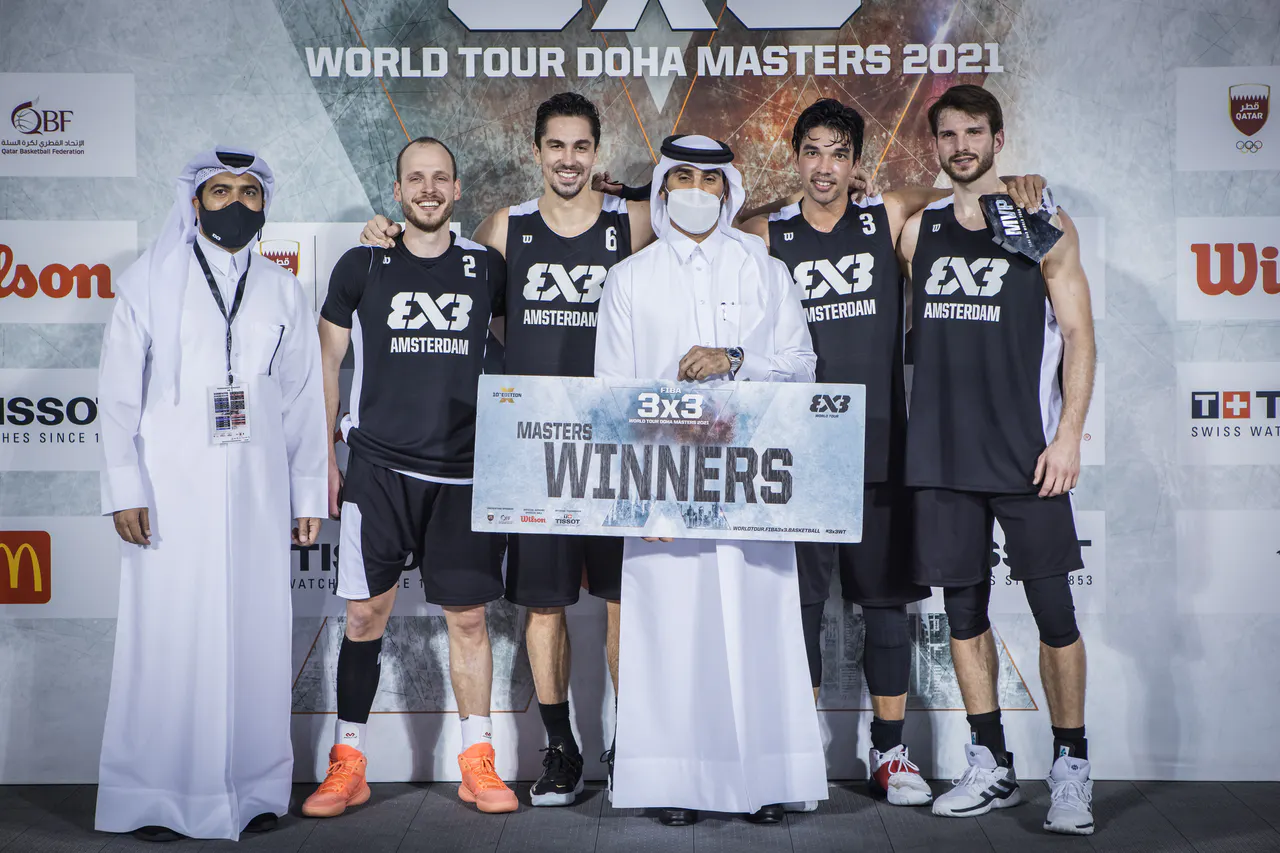 The Dutch team performed impressively across the two-day event in the Qatari capital, beginning with back-to-back wins in the pool phase yesterday.

An overtime period was required in the quarter-finals, where they eventually overcame NY Harlem 19-18.

The semi-final proved a more comfortable affair for Amsterdam Talent&Pro who beat Serbian side Liman 21-18.

They faced further Serbian opposition in the final, with four-time World Tour winners Novi Sad standing in the way of a maiden triumph on the circuit.

Amsterdam Talent&Pro were led by their new recruit Maksim Kovacevic, who scored 13 points in the final.

His tally included a buzzer-beating shot to win the match 21-19.

Arvin Slagter and Julian Jaring scored four and three points apiece in the final, with Aron Roije contributing one point to the tally.

Slagter top scored across the competition with 35 points overall, which led to him being named Most Valuable Player.

The FIBA said the event took place under health and safety measures requested by local and national authorities amid the COVID-19 pandemic.

The FIBA’s guidelines for the return to basketball, which were introduced last season, were also in operation.