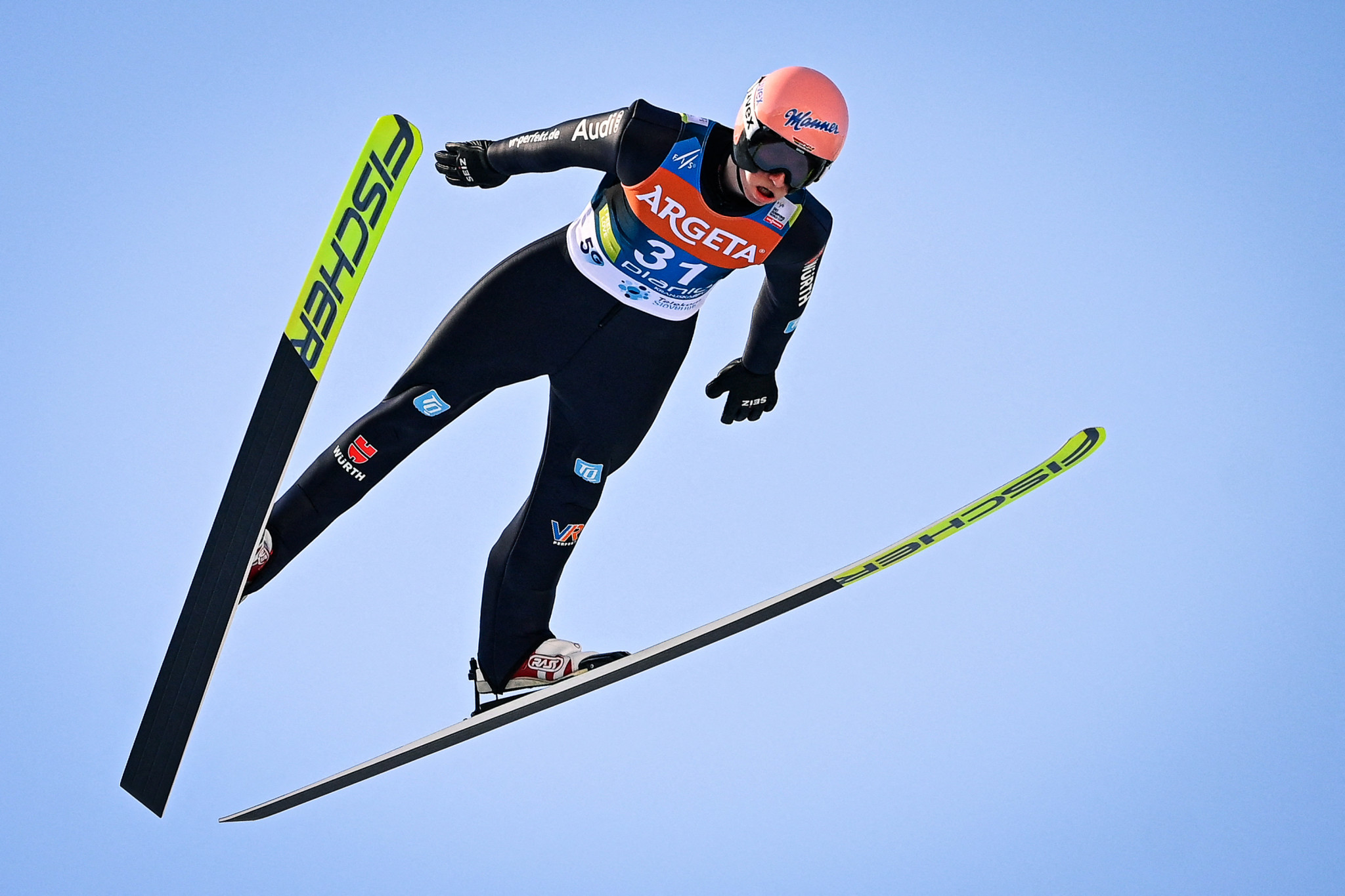 Karl Geiger won the opening World Cup of the Planicia7 tournament as wind conditions led to the cancellation of qualifying and just one jump determining the victor.

In Planica, where he won the ski flying world title in December, the German cleared 232.0 metres but crucially received 58.5 points from the judges to give him a final score of 237.3.

Slovenian Bor Pavlovčič completed the top three with a score of 225.2, and compatriot Domen Prevc was fourth with 222.8.

Piotr Żyła produced the day's biggest jump - 239.0m - but had to settle for seventh place.

Halvor Egner Granerud of Norway, who has already secured the overall World Cup title, came 18th and continues to struggle on his return from COVID-19.

Today's World Cup was the second of four on the flying hill in Planica, but the first which contributes towards the Planica7 tournament.

A team event is scheduled tomorrow.

Yesterday's contest was overshadowed by a vicious fall involving Daniel-André Tande, who had to be airlifted to hospital and placed in an induced coma.

Tande remained in a coma today, but doctors report he avoided head and neck injuries, suffering a broken collarbone and punctured lung.

National team doctor Guri Ranum Ekås told NRK that Tande could be woken up later this evening or tomorrow, with his condition stable.