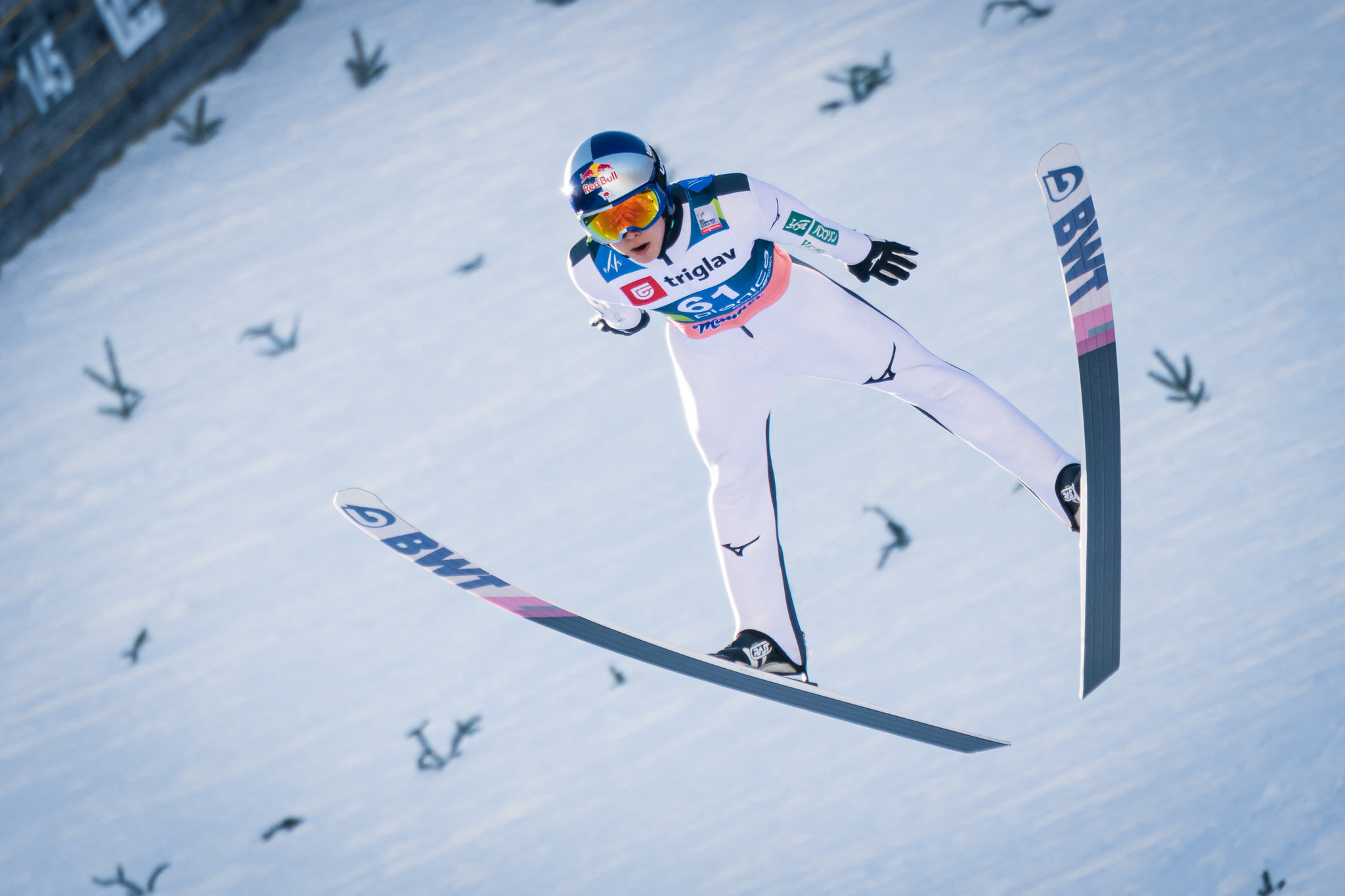 Ryōyū Kobayashi won the opening Ski Jumping World Cup contest in Panica in dominant fashion, producing the biggest jump in each round, although the triumph was overshadowed by a vicious fall involving Daniel-André Tande.

The Japanese athlete cleared 235.5 metres with his first attempt and 244.5m with the second, producing a points total of 452.5.

That was 7.4 points more than anybody else could muster, with Germany's Markus Eisenbichler second.

Kobayashi and Eisenbichler had been the top two in that order in qualifying.

Karl Geiger, another German who won the ski flying world title at this same Slovenian resort in December, was a distant third on 431.3.

Norway's Tande, a team gold medallist at the Pyeongchang 2018 Winter Olympics, violently crashed after losing control of a ski in the air.

He was airlifted to hospital and is in a stable condition, according to the International Ski Federation.

Halvor Egner Granerud of Norway, who has already secured the overall World Cup title, did not attempt a second jump after collecting fewer than 200 points in round one and seeing Tande's accident.

FIS World Cup #Planica: Daniel Andre Tande's medical condition after the fall is stable. He has been transported to the Ljubljana Medical Center by helicopter for further tests and treatment. Next information will follow late afternoon.#skijumping #skiflying #FISskijumping

Granerud had coronavirus earlier this month.

Two solo World Cups and one team contest are scheduled over the next three days on the flying hill in Panica, and these will factor in deciding the winner of the Planica7 tournament.

It last was held in 2019 and Kobayashi was the winner.