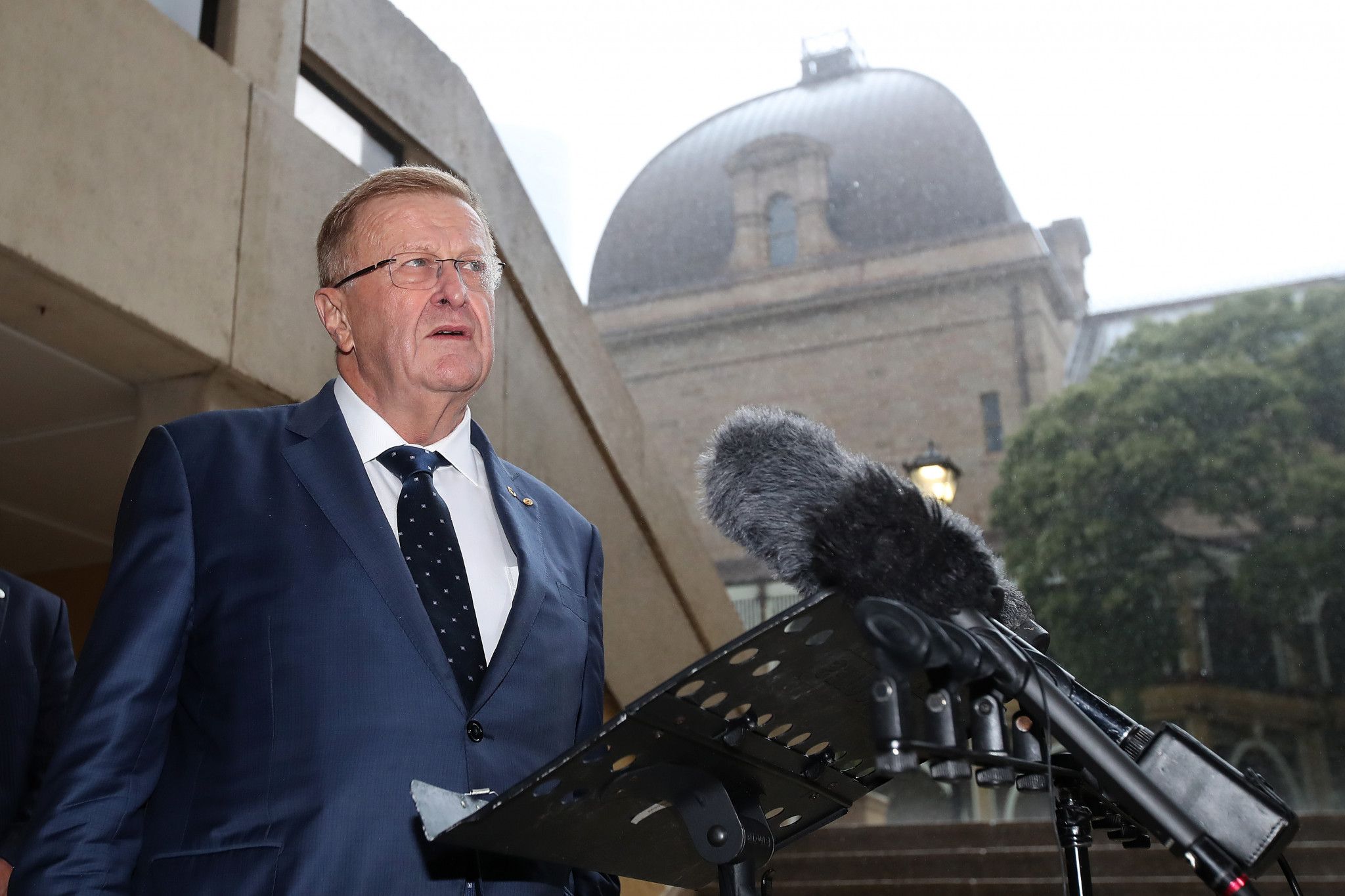 It is not a "done deal" that Brisbane will host the 2032 Olympic and Paralympic Games, Australian Olympic Committee (AOC) President John Coates has warned.

The note of caution from Coates coincided with Brisbane City Council voting formally put the city forward as a bid for the Games after a closed meeting in the Queensland capital.

The only councillor to vote against the proposal following an eight-hour session was Jonathan Sri, a member of the Australian Greens.

Councillors were forced to sign confidentially agreements before the meeting started and at the end after the motion was carried a huge round of applause rung out in Brisbane Square, the Brisbane Times reported.

Before the meeting, Coates had urged everyone involved in the bid not to grow complacent, even though the 2032 Games could be officially awarded to Brisbane by the International Olympic Committee (IOC) as soon as its next Session, scheduled to take place in Tokyo on July 20 and 21.

Brisbane was announced as the "preferred candidate city" by the IOC Executive Board at a meeting on February 25, despite strong interest from Doha, Budapest and the Rhine-Ruhr region in Germany.

"It is not a done deal," Coates, who is also an IOC vice-president and close ally of its President Thomas Bach, said.

"There is much work to be done.

"The great news is that you are taking the correct first steps in Phase One of the legacy planning journey.

"With big, ambitious and inspiring ideas in the very best tradition of the Olympics.

"I add, that this is as it must be - Queensland deserves that.

"You have rightly set the bar very high and now comes the hard part.

"Because Phase Two is the giant leap over it."

Media and the public were allowed to sit in only the start of the special meeting - the first of its kinds held by Council since 2007 - before it was closed for presentations by Coates and Paralympics Australia President Jock O'Callaghan.

EKS, an event management consultancy founded by Craig McLatchey, former secretary general of the AOC and director of Olympic Knowledge Services at the IOC, also addressed the meeting.

It was revealed during the meeting that, as part of the formal bid process, all levels of Government need to have submitted bid documents to the IOC before April 7.

Sri revealed afterwards that he had voted against the proposal for the City Council to officially support the bid because he feared it would expose Brisbane and Queensland to too much financial risk.

"Our city’s agreement with the IOC will place much of the financial risk on Queensland taxpayers, meaning that the cost of delays or cancellations due to extreme weather or future pandemics will fall heavily on our city, while most of the profits will flow offshore," he said in a statement.

Coates, though, claimed hosting the Olympic and Paralympic Games offered Queensland a unique opportunity to define its future.

"Friends, it may well be Queensland’s time," he said when launching a paper looking at the potential legacy of Brisbane hosting the 2032 Games.

"You’ve planned for it.

"You’ve fought for it.

"You stand atop the shoulders of great Queenslanders who have sweated for it.

"And now, how far and wide you want to see, is up to you.

"Thus, it is timely to ask: What is the next stage for the great state of Queensland?

"For the wonderful city of Brisbane?

"And for the hard working, straight talking, 'look you in the eye' proud people of the 'Sunshine State'?"

If Brisbane is awarded the Olympics, it will be third Australian city to stage them following Melbourne in 1956 and Sydney in 2000.

Coates predicted it would be a pivotal moment in the region's history.

"Just as Melbourne emerged as the centre of big business in the first half of the last century," he said.

"Just as Sydney as one of the great financial centres of Asia in the second half of the 1900s.

"And just as Western Australia became the world’s greatest provider of energy in the last 50 years.

"How will you use this moment in history to design the next evolution of your home?

"Mindful, that if you are selected to host the Games, at the Opening Ceremony alone, the eyes of more than one half of the world’s population will look into your home and ask: 'What is life like there?'"