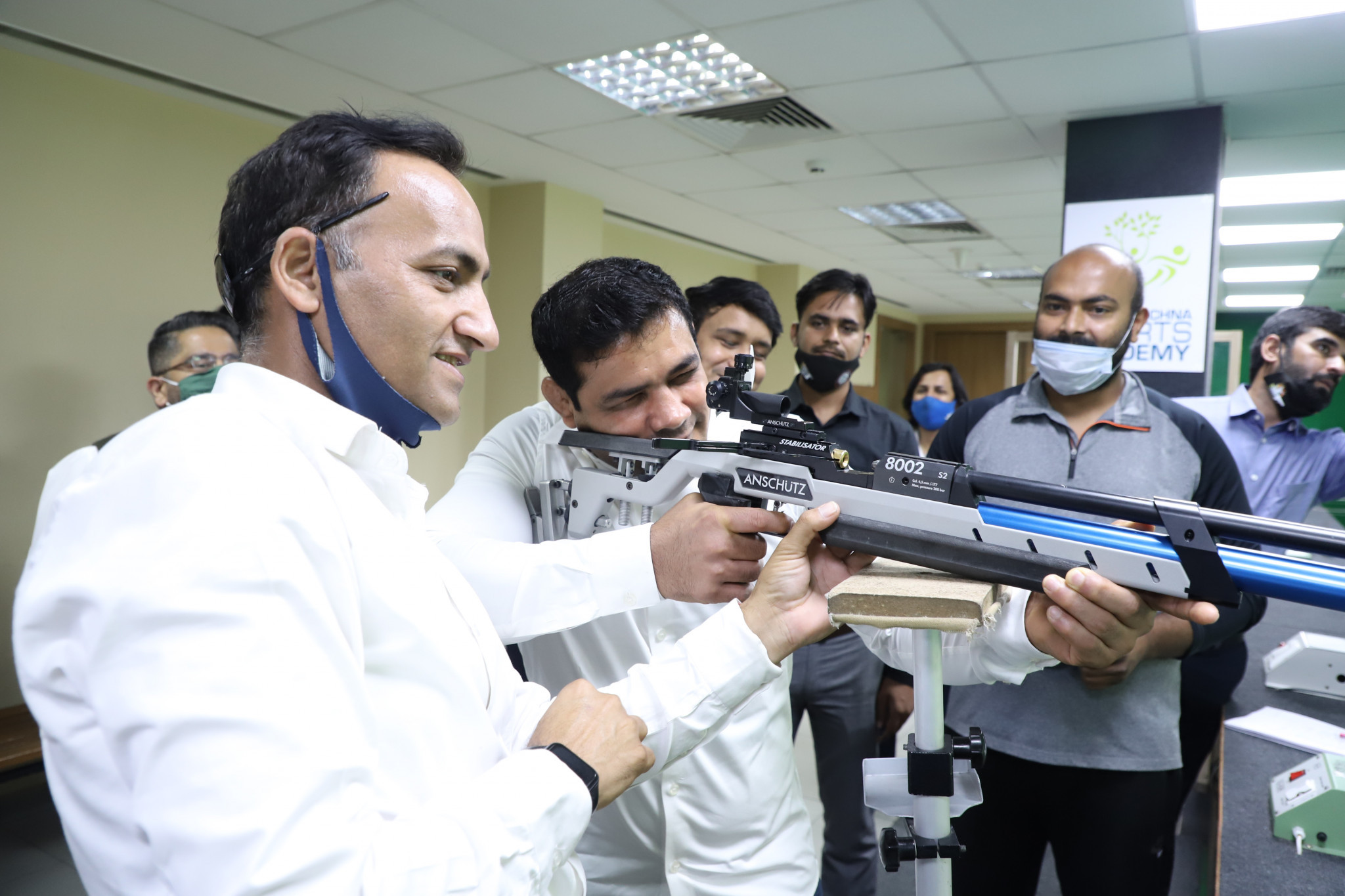 The inauguration of the first-ever National Para Shooting Championship in rifle and pistol events has been described as an "historic moment" for the Paralympic Committee of India (PCI).

Around 200 shooters from across India participated in the competition which took place March 1 to 5 at the Manav Rachna Shooting Academy.

Sushil Kumar, India’s most decorated wrestler with two Olympic medals and three Commonwealth Games titles, fired the first shot at the 10-metre shooting range to mark the opening of the event.

PCI President Deepa Malik and the organisation’s secretary general Gursharan Singh also took part in the inauguration along with Amit Bhalla, vice-president of the Manav Rachna Educational Institutions (MREI) who was guest of honour.

"We are very delighted and thankful to Manav Rachna for hosting the first-ever National Para Shooting Championship," said Malik.

"Such Championships highlight the fact that Para sports are also the mainstream sports and this national championship will send this message to everyone in the country."

Gursharan added: "This is a historic moment for us and Para shooters in the country.

"This will boost the Paralympic Movement in the country.

"It's the first step towards producing future Paralympic shooters."

A total of nine Olympians are currently training and studying at the Manav Rachna Shooting Academy.

They are among more than 7,000 shooters training across 13 shooting ranges for trap, double trap and skeet.