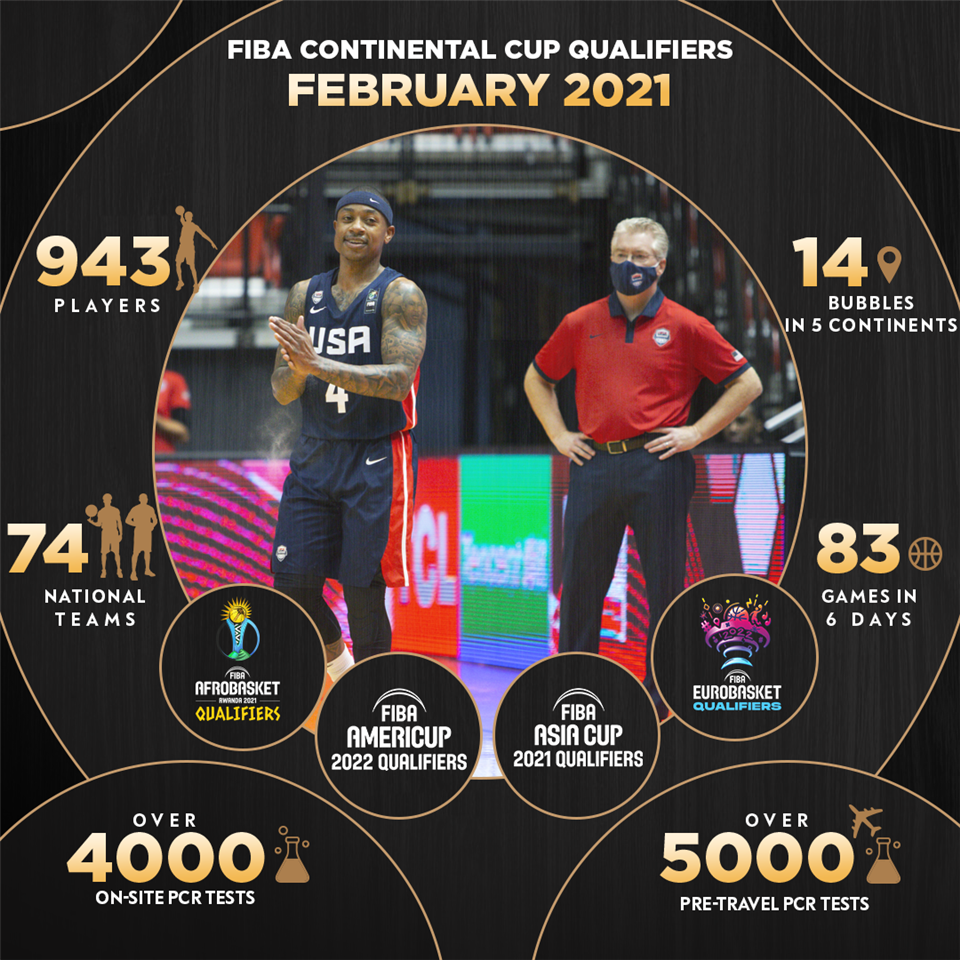 The International Basketball Federation (FIBA) has confirmed the participants at the 2022 AmeriCup after ruling that Cuba had forfeited three qualification matches, leading to Canada, Dominican Republic and the US Virgin Islands sealing places at the tournament.

Cuba had featured in Group C of AmeriCup qualification, with the final round of matches scheduled to take place in a bubble at San Juan in Puerto Rico.

Cuba were due to face the Dominican Republic and Canada in scheduled matches, along with a second rearranged meeting with Canada.

This followed Canada pulling out of the last qualification matches in November over COVID-19, which led to Canada Basketball being fined by the governing body and fixtures being rescheduled.

The FIBA has ruled that Cuba forfeited its three matches, with two wins awarded to Canada and one to the Dominican Republic.

The decision saw Canada top the Group C standings ahead of the Dominican Republic on their head-to-head record, with both teams having five wins and one loss to their name.

The US Virgin Islands finished third in the standings and earned the final AmeriCup berth, with their record standing at one win and five defeats.

Cuba finished bottom of the standings.

A total of 12 teams will feature in the AmeriCup, which was initially scheduled to take place this year before the pandemic forced organisers to delay the event to 2022.

FIBA has praised the success of its latest window for Continental Cup qualifiers despite the challenges posed by the pandemic.

A total of 83 qualifying games across 14 cities and five continents were held during the latest window.

FIBA said the window was a success thanks to the continued implementation of extensive precautionary measures, developed by the FIBA Medical Commission after consultation with the World Health Organisation, in all bubbles.

Eight games were postponed under FIBA’s COVID-19 protocols, with the governing body praising overall planning, stringent testing and execution of measures to allow other matches to take place as scheduled.

As was the case in the November window, all athletes and team members had to present two negative COVID-19 tests before traveling to the bubbles.

One test was conducted no later than 48 hours before the departure and another one five days previously.

Participants were tested again upon arrival.

Asia saw the largest disruption in the February window, with only three of the 16 teams known for the Asia Cup.

Asia Cup qualifiers in Doha were postponed due to the Qatari Government reintroducing restrictions amid a rise in COVID-19 cases.