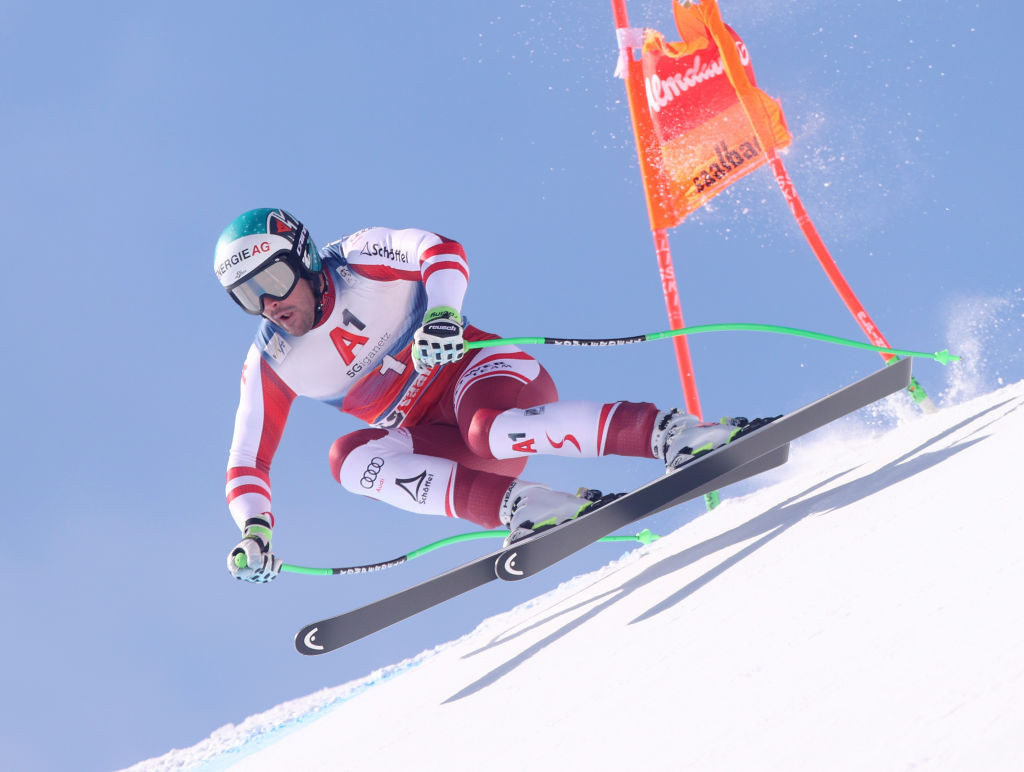 Kriechmayr produced a superb display on his way to completing the Schneekristall course in Saalbach in a time of 1min 53.07sec.

Feuz was 0.17sec slower in second place, but the result moved him closer to wrapping up the downhill crystal globe.

Austria's Olympic champion Matthias Mayer did enough for third after finishing in 1:53.34.

Victory for Kriechmayr saw him continue his excellent run of form after he won gold medals in the downhill and super-G at last month's World Championships in Cortina d'Ampezzo.

"You can always do better but it was a good run," Kriechmayr said.

"I had the right tactics at the start and could carry my pace into the middle section.

"I wanted to win a downhill on the World Cup circuit again to show everyone that I am no accidental world champion."

Feuz remains in pole position in the race for the overall downhill title on 486 points, 68 points clear of Mayer in second with one race remaining.

Today's event was due to be the second of two downhills in Saalbach but the first race was cancelled yesterday owing to adverse weather.

Competition at the Austrian venue is set to conclude with a super-G tomorrow.