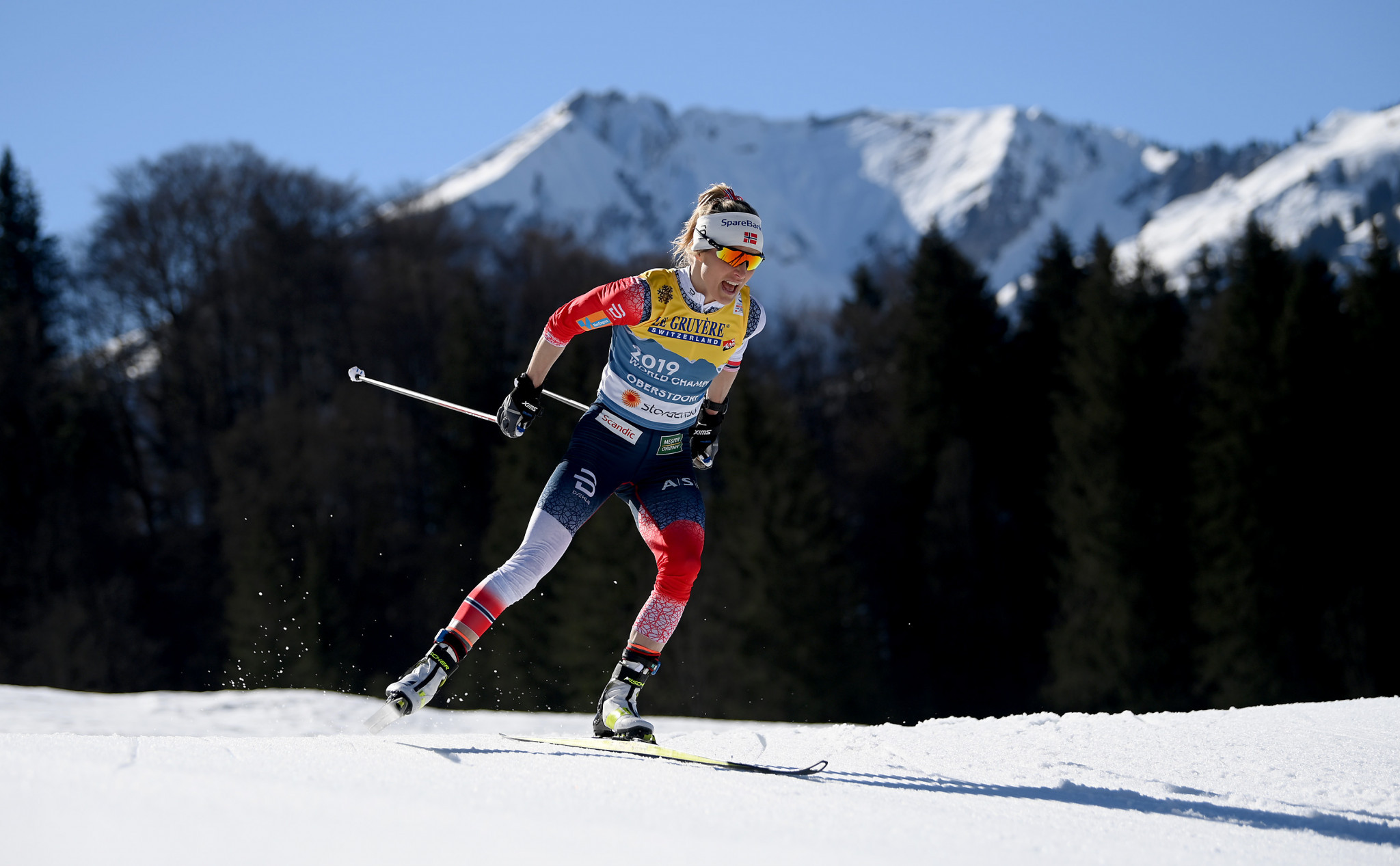 Johaug had already triumphed in the women’s skiathlon event and the defending champion produced a dominant display in the 10km freestyle.

The 32-year-old powered away from her rivals to triumph in a time of 23min 9.8sec.

She enjoyed a comfortable 54 second margin of victory over Sweden’s Frida Karlsson, who finished as the runner-up in 24:04.

Karlsson now has two silver medals at this year’s World Championships, after finishing second to Johaug in the skiathlon.

A repeat podium from the skiathlon was completed when Ebba Andersson crossed the line in third place, with the Swedish skier ending in 24:16.7.

Johaug has now earned 12 World Championship titles during her career.

The Norwegian will now have her sights set on a hat-trick of titles in Oberstdorf, when she attempts to defend her 30km crown on Saturday (March 6).

The top qualifier was Marita Kramer of Austria with a points total of 153.3.