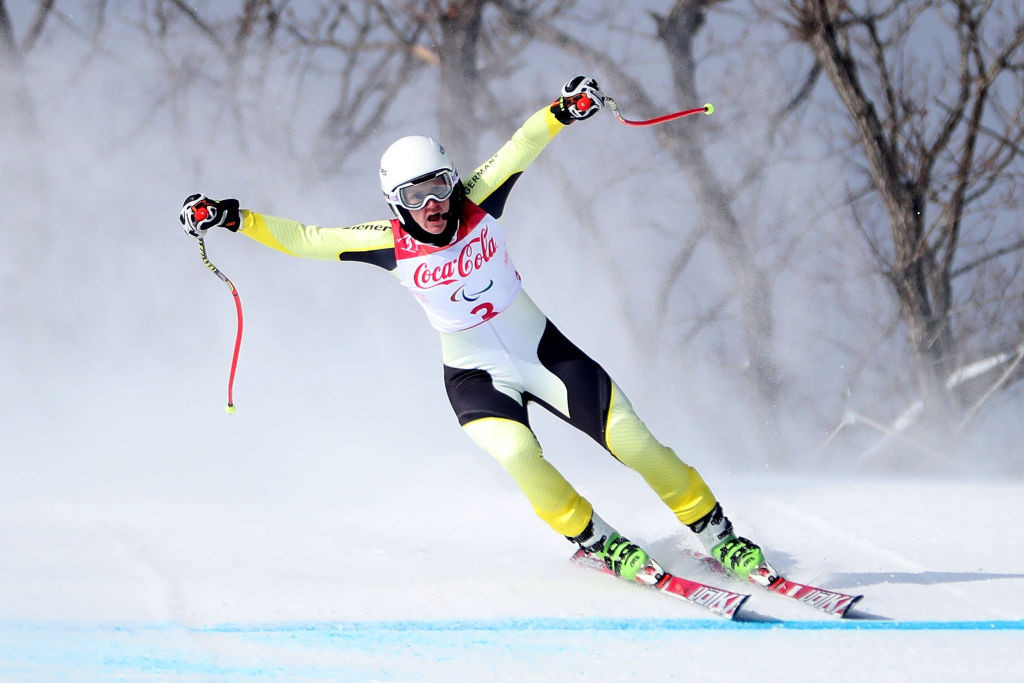 The concluding World Para Alpine Skiing World Cup in the Austrian resort of Leogang ended in triumph for Germany’s women skiers - and for the home Aigner family.

With their elder sister Veronika, who won four out of four races in the opening World Cup in Veysonnaz, out of action after rupturing knee ligaments, 15-year-old twins Barbara and Johannes Aigner each made their World Cup golden in the final event of the season.

Barbara earned her second gold by winning the second slalom by almost 20 seconds from Maaike Bennink of The Netherlands after Germany's Noemi Ristau had failed to negotiate the opening run.

She and her guide Klara Sykora also took advantage of a similar failure on Ristau’s part to win the second giant slalom, having finished just 0.04sec behind the German skier in the opening giant slalom race.

Johannes departs from his World Cup debut in the men’s vision impaired category with a gold in the opening giant slalom and two silvers, although he failed to finish his second slalom.

He and his guide Matteo Fleischmann took two silvers in the next slalom races, coming second to Great Britain’s Neil Simpson and guide Adam Hall.

Aigner went undefeated in the first eight races at the Europa Cup late in 2020.

But on the morning of New Year’s Eve he suffered a bad fall when he, going to feed the family chickens, fell down the stairs and broke his collarbone.

After making his return to competition at the Europa Cup races last week and winning both races with dominant margins, Aigner followed that his stellar World Cup showing.

"I am pretty happy with my season," Aigner said.

"It is my first World Cup season and the personal highlight was my first ever World Cup win in giant slalom."

Germany’s Anna-Maria Rieder finished with a clean sweep of four gold medals in Leogang to conclude the 2020-21 World Cup season on a high note.

With her second slalom victory in the women’s standing class, which followed two earlier wins in giant slalom, Rieder took Germany’s count of gold in the women’s races to nine out of 12.

Rieder was at least five seconds faster than her team-mate Andrea Rothfuss in both slalom races to claim the gold.

"I am happy that I won the race, but for me, my skiing wasn’t the best that I can show, so I have to improve on that," Rieder said.

Rieder’s teammate Anna-Lena Forster also won both gold medals in the women’s sitting slalom after winning silver and gold in the giant slaloms.

In the men’s races, the concluding slalom continued the tight battle between France's Arthur Bauchet and Russia's Aleksei Bugaev in the standing class.

Bugaev, who has beaten last year’s overall globe winner Bauchet on two occasions this World Cup season, was 0.64 behind in the first slalom race and 1.30 behind in the second.

Overall it has been a solid World Cup season for Russia’s three-time Paralympic champion.

He won two gold, five silver and two bronze medals, including a medal in each of the speed races held in Saalbach, Austria earlier in February.

"I quite liked the [speed] races in Saalbach,” Bugaev said.

"While I’m more of a specialist in the technical disciplines, it was there that I once again felt the joy of alpine skiing, even if not all my runs were without mistakes.”

In the men’s sitting class, it was also a competition of firsts for Ravi Drugan in the second World Cup season of his career.

The United States skier won his first World Cup medal, a bronze, in the first slalom race, behind Jeroen Kampschreur of the Netherlands and Jesper Pedersen of Norway.

Pedersen and Kampschreur split the gold in the slalom races, once again placing one and two in the technical events.

Pedersen finished the season with four gold and four silver in the technical races to Kampschreur’s four gold, three silver and a bronze.