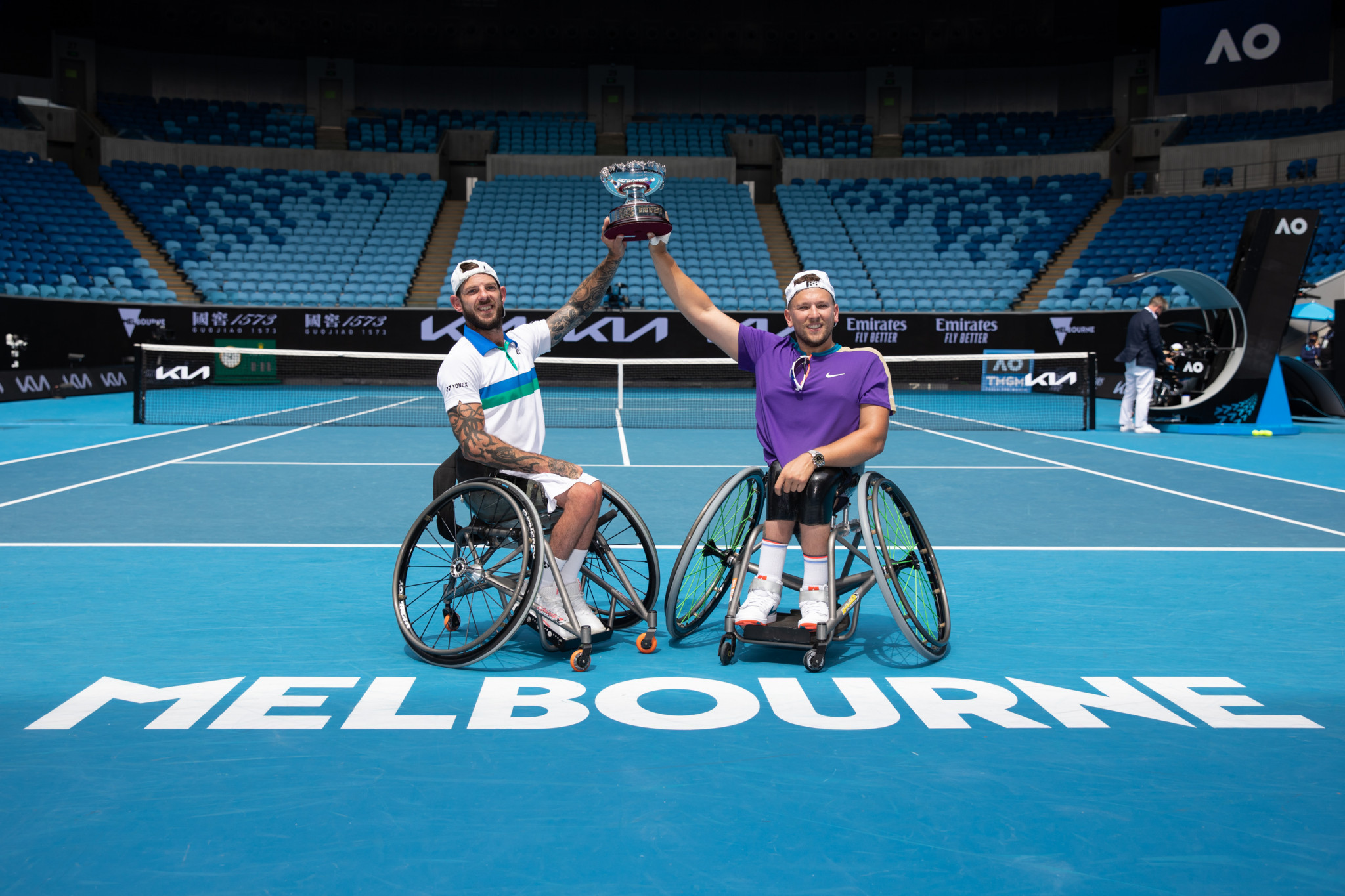 Having split the first two sets, the Australians took the all-important first-to-10 tiebreak in Melbourne.

Alcott, who knocked Davidson out of the singles contest in the quarter-finals, has a chance to win a seventh consecutive singles title in his home city tomorrow.

By coincidence, Britain's Lapthorne also knocked doubles partner Wagner of the United States out of the singles contest at the last-eight stage.

De Groot has the opportunity to add a singles title tomorrow.

In a repeat of last year's final, Frenchmen Stéphane Houdet and Nicolas Peifer were beaten, this time 7-5, 7-6 (7-3).

Again, Hewett will have the chance to add a singles title to the doubles crown tomorrow.

The first Grand Slam of the year, the Australian Open wheelchair tennis tournament will conclude tomorrow with the singles finals.