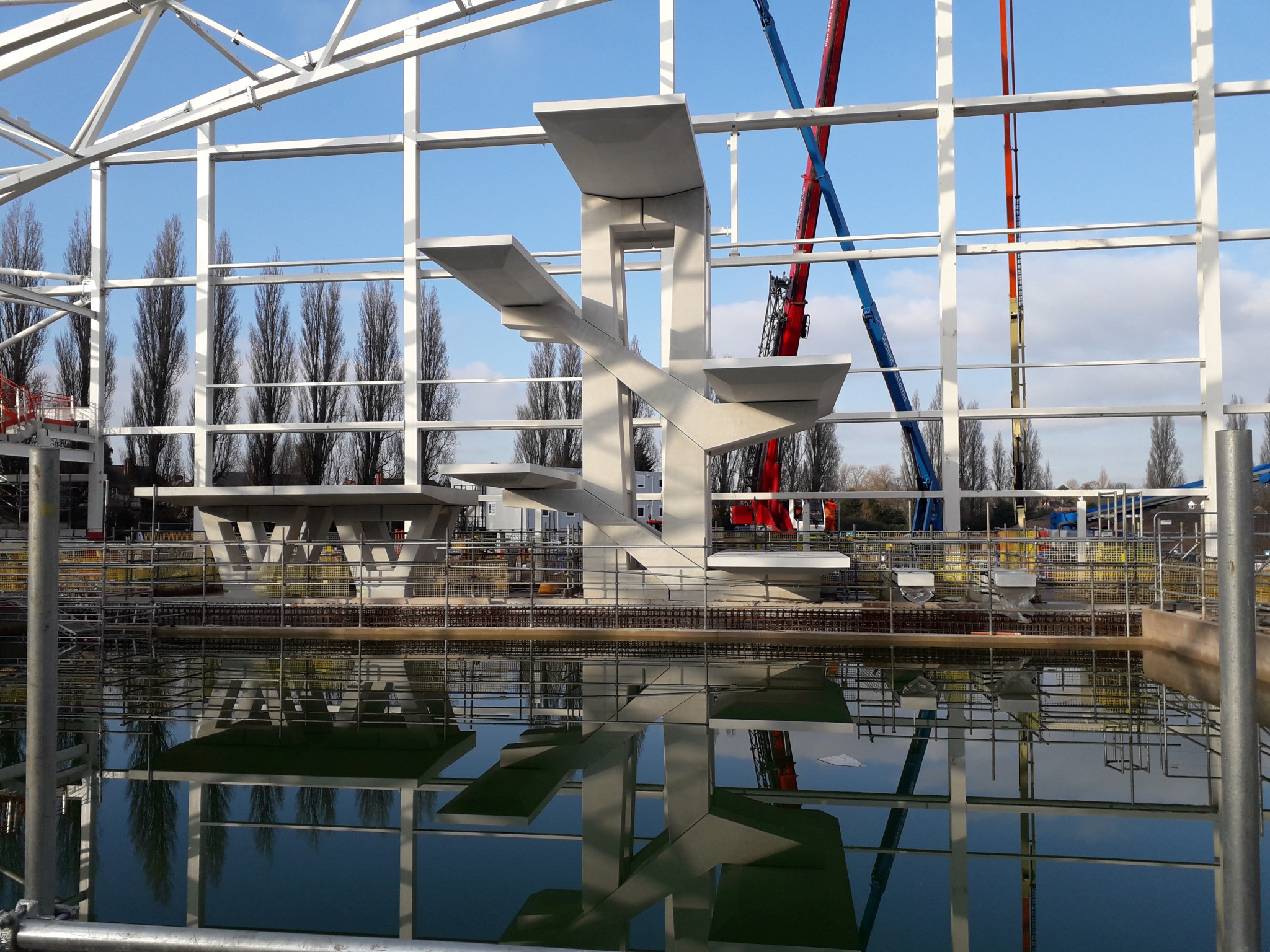 The dive tower has been completed at Sandwell Aquatics Centre - the venue under-construction for the 2022 Commonwealth Games in BIrmingham.

A group of five people needed 2,000 hours to build the tower, which weighs in at 233 tonnes and is 10 metres high.

A total of 31 separate pieces of concrete have been used as preparations for next year's Games in the English city continue.

Divers are due to compete in one metre and three metre springboard competitions at Birmingham 2022, as well as the 10m platform.

Synchronised events in three metre springboard and 10m platform are also on the schedule, including mixed competitions for the first time in Commonwealth Games history.

"I believe this state-of-the-art facility will be one of the outstanding legacies of the Commonwealth Games," she said.

"As we begin to look optimistically ahead to the Games, I have no doubt that the Sandwell Aquatics Centre will provide the perfect stage for the world's top athletes to showcase the very best of Commonwealth sport."

Construction began just over a year ago and organisers expect the facility to be finished by "spring 2022".

The foundations and drainage have already been put in place, while the pools have been cast in concrete and tested.

Steel work on the frame of the building has also been completed.

The Centre is due to be opened for public use in 2023 following the Commonwealth Games.

Birmingham 2022 is set to run from July 28 to August 8 next year with the Aquatics Centre, the only new venue being built for the Games, expected to be in use for 11 days.

"The dive tower looks incredible and I'm sure its completion will really help to focus the minds of those divers looking to compete at the Sandwell Aquatics Centre in 18 months' time," said Birmingham 2022 chief executive Ian Reid.

"The progress on this facility is clear for everyone to see and it is remarkable how much has been achieved in the space of 12 months."

English diver Noah Williams, a Commonwealth Games silver medallist at Gold Coast 2018, added: "The dive tower looks so impressive, as does the whole Sandwell Aquatics Centre – it is going to be a fantastic facility to compete in and there will be lots of divers across the Commonwealth who will be really excited to see this phenomenal progress.

"Seeing the completed dive tower means that you can now start to visualise what it would be like to compete at Birmingham 2022 and I'm sure that come Games time the atmosphere inside that venue will be absolutely unreal, especially with a home crowd to support Team England."