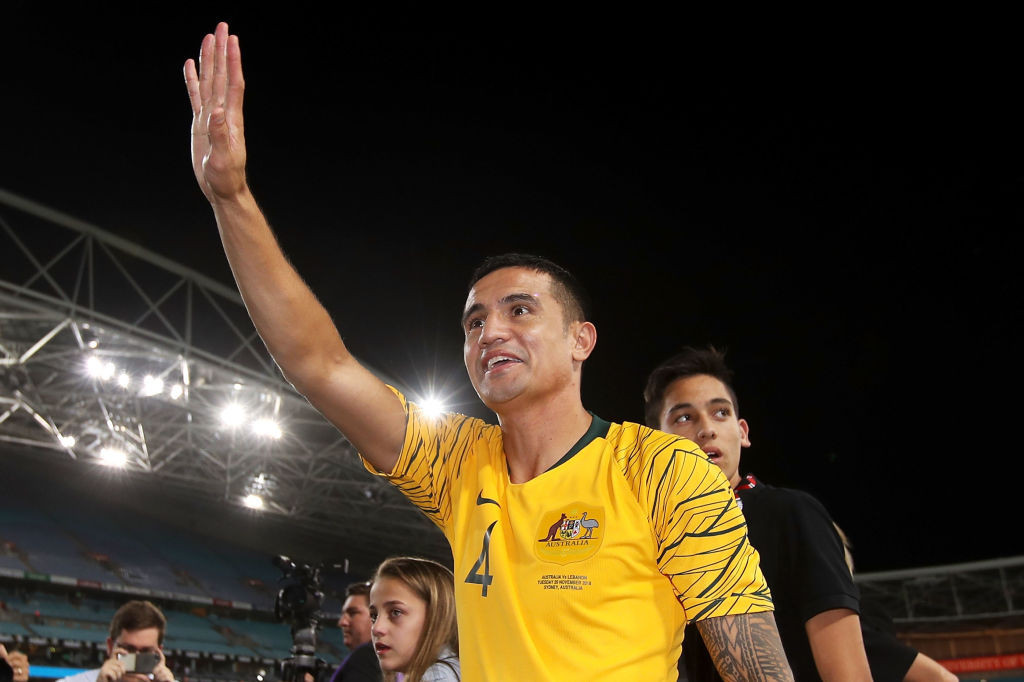 World Cup footballer Tim Cahill, who played a starring role for his country at the 2004 Athens Olympics, has been awarded an Order of Australia (AO) in today’s Australia Day honours list.

Cahill, 41, who represented Australia at four FIFA World Cup Finals during a 15-year career that earned him 108 caps, surprised many in the game when he chose to represent his country in Athens, where he helped the Socceroos reach the quarter-finals.

At that point in his career Cahill played football for England and had just transferred from Millwall to Everton in the Premier League.

"Tim Cahill’s career in football is extraordinary and this honour is very much deserved," said John Coates, President of the Australian Olympic Committee.

"His exploits with the Socceroos, Everton and of course at the Olympic Games have inspired thousands of young Australians to pursue their dreams.

"His skills, determination and his trademark celebrations always excited Australians.

"They are cherished memories for sports fans.

"No surprise that in his Olympic year, he went on to win the Oceania Footballer of the Year Award.

"His desire to represent his country at those 2004 Olympics really set him apart.

"His Everton colleagues and management were completely taken aback.

"At that key moment in his young career, the Olympics and Australia were so important to him.

"And he never looked back.

At the Athens Olympics, where Australia eventually lost 1-0 to Iraq, he scored in Australia’s 5-1 win over Serbia and Montenegro in the preliminary rounds.

Also awarded an AO was Dr Ken Fitch, a pioneer in sports medicine in Australia who has attended 12 Olympic Games in various roles for both the AOC and IOC.

His Olympic service started with the Australian Olympic team in Munich in 1972 and he also chaired the AOC’s Medical Commission for many years.

"I cannot overstate how important Dr Ken Fitch has been to sports medicine in Australia," Coates said.

"We have been well served by so many in this field and Ken’s contribution has been exceptional.

"He has been a world leader and a great contributor in the field of anti-doping.

"He led the AOC’s medical team at numerous Games, has been a member of the IOC Medical Commission, chaired the IOC Medications Advisory Committee, pioneered anti-doping efforts initially with the Australian Sports Commission and subsequent anti-doping bodies."

There were further honours for Australian soccer in the list as Craig Foster, 51, who made 29 appearances for the Socceroos between 1996 and 2000 and played professionally in Australia, Asia, and the United Kingdom, became a member (AM).

"Both men made their names on the football field, performing with aplomb for Australia and representing our great nation with pride."

And OAM awards were made to Football Victoria director Ms Azmeena Hussain and Dr Jeffrey Kemp, a former chairman and life member of Football Gold Coast, "for service to youth through counselling and sporting programmes."