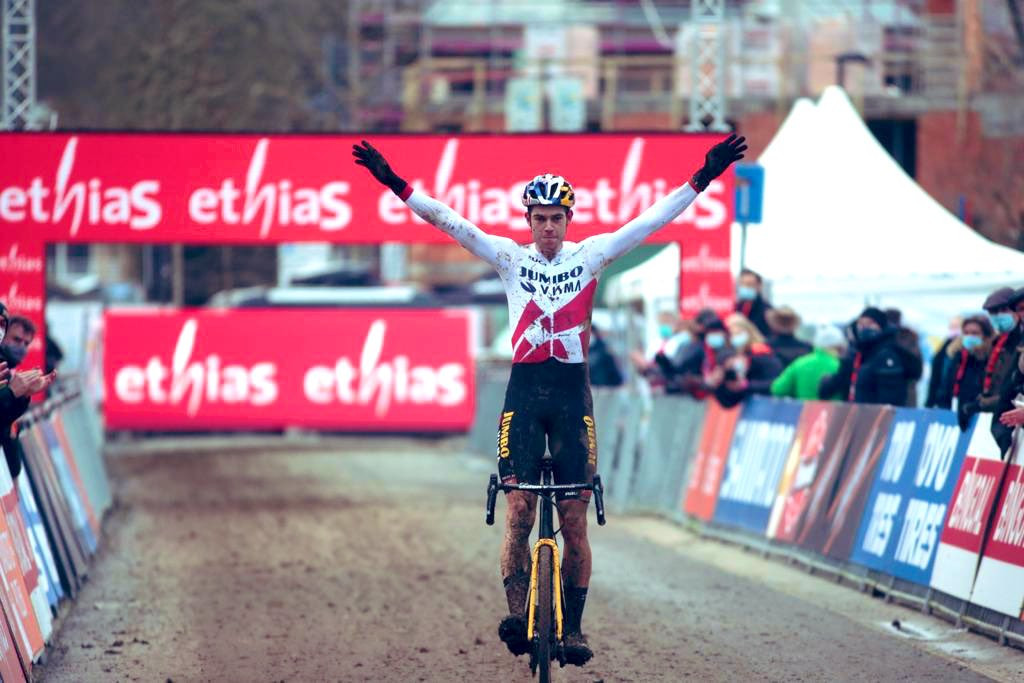 The Belgian had enough of an advantage in the World Cup standings to only need a second-place finish to win the overall title.

He went one step further and topped the podium, crossing the line in 1 hour 05min 57sec.

The three-time world champion now has three World Cup titles to his name.

Van Aert's nearest opponent in the standings was Dutch rival Mathieu van der Poel, who suffered a puncture and crash in today's race but still managed to finish second in 1:07:00.

Britain's Tom Pidcock bested Michael Vanthourenhout of Belgium to third place with a time of 1:08:04.

Lucinda Brand of The Netherlands had already secured the women's title at the World Cup event in Hulst earlier this month.

Manon Bakker was just behind Brand in 50:09 to complete an all-Dutch podium.

It was also an all-Dutch top three in the final World Cup standings, with Brand leading, Alvarado second and Denise Betsema third.

Competitors are now set to remain in Belgium for the UCI Cyclo-Cross World Championships, scheduled to take place in Ostend on January 30 and 31.