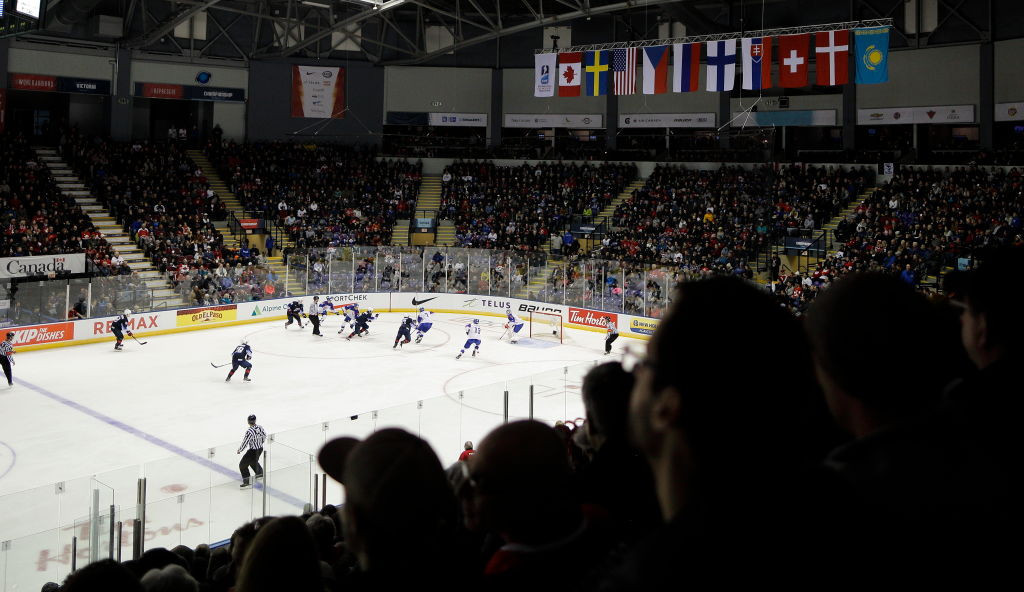 The International Ice Hockey Federation (IIHF) has turned down an offer from Lithuania to co-host matches at this year's Men's World Championship as it prepares to name a replacement venue for Minsk next week.

IIHF President René Fasel said the organisation's ruling Council will choose between Denmark, Slovakia and Latvia to hold the matches that had been planned for the Belarusian capital before it was stripped of the co-hosting rights because of safety and security issues in the country.

Fasel told Russia's official state news agency TASS that Lithuania - which has never staged the top tier of the IIHF's flagship event - would not be considered as "too many candidates does not make sense".

Riga in Latvia, which had been scheduled to co-stage the tournament with Belarus, has offered to hold the entire event.

Herning in Denmark and Slovakia's capital Bratislava will be the other options on the table when the IIHF Council meets to decide where the event will be played.

Minsk was scheduled to host both semi-finals, two quarter-finals and all Group A matches.

The IIHF earlier this week confirmed Minsk would not co-host the Championship, set to run from May 21 to June 6, due to the crisis in Belarus, sparked by the disputed re-election of President Alexander Lukashenko in August.

Ice hockey's worldwide governing body had come under pressure to move the event from Minsk because of the unrest in the nation, where protestors - including athletes - have allegedly been arrested, beaten and tortured for participating in demonstrations against Lukashenko.

The decision from the IIHF to strip Belarus of its co-hosting rights came just days after tournament sponsors threatened to withdraw from supporting the World Championship if it remained in Minsk.

It followed a campaign from the Belarusian Sport Solidarity Foundation, which had repeatedly called for the IIHF to act.

Belarus was yesterday removed as the host of this year's World Modern Pentathlon Championships.