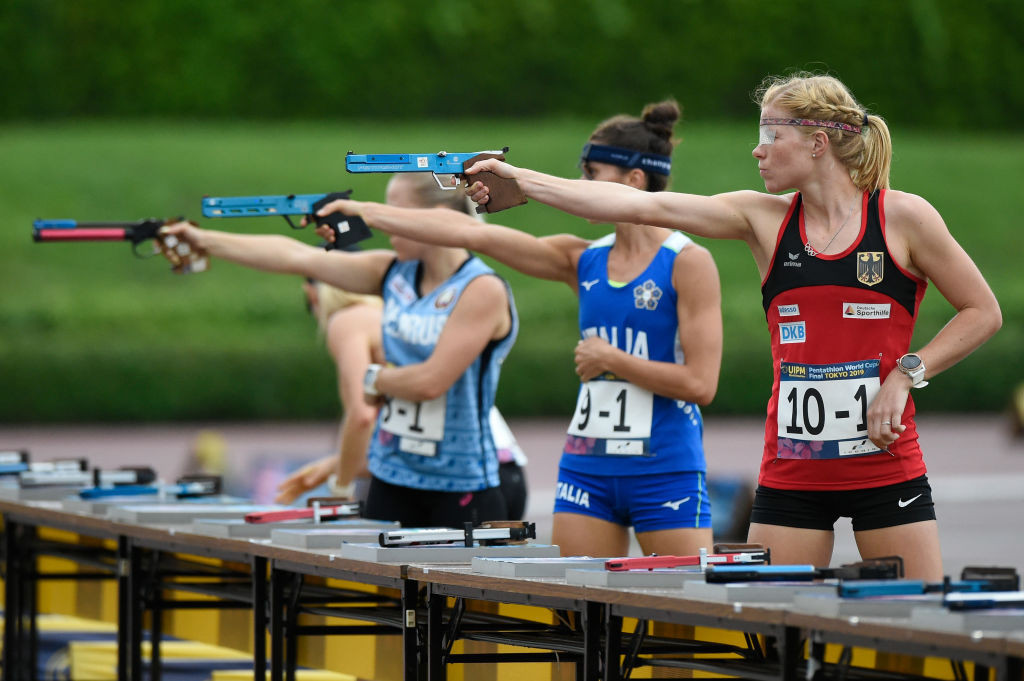 Belarus has been stripped of another major event after the International Modern Pentathlon Union (UIPM) confirmed Minsk would not hold its World Championships later this year.

Minsk had been due to stage the World Modern Pentathlon and Laser Run Championships from June 7 to 13.

The UIPM confirmed in a statement today that the event would be held at an alternative location, which is set it be announced in the coming days.

Modern pentathlon's worldwide governing body said, however, that it was open to Belarus holding a future edition of the Championships.

UIPM President Klaus Schormann said the Executive Board had decided to pull the event from Minsk "because of a growing concern that the present instability in the host nation could jeopardise the success of UIPM’s flagship competition".

"There was a particular concern that numerous competing nations would be reluctant to travel to Belarus at this time, and Executive Board members wanted to protect the fairness of the competition and the Olympic qualification process without adding pressure to the already difficult circumstances of the COVID-19 pandemic," Schormann added.

The UIPM had come under pressure to move the event from Belarus because of the crisis in the country, triggered by the disputed re-election of President Alexander Lukashenko in August.

The event is the second World Championship in an Olympic sport to be moved out of Belarus this week after the International Ice Hockey Federation (IIHF) confirmed on Monday that Minsk would no longer co-host its flagship tournament in May owing to security and safety concerns.

Lukashenko’s re-election sparked widespread protests in the country, leading to a violent Government crackdown on demonstrators, which has seen athletes jailed and tortured for their involvement.

The Modern Pentathlon World Championships count towards qualification for the Tokyo 2020 Olympics, rescheduled for this year because of the coronavirus pandemic.

"The UIPM Executive Board has been closely monitoring developments in Belarus in recent months and assessing the viability of the UIPM 2021 Pentathlon and Laser Run World Championships taking place in Minsk as planned," Schormann said.

"The sanctions imposed by the IOC on the National Olympic Committee of Belarus in December 2020 were also noted.

"Having remained in close contact with the Belarus Federation of Modern Pentathlon throughout this process, it was important that a decision was made that would protect this strong partnership and the future development of our sport in Belarus.

"In many ways our combined World Championships represents the pinnacle of our sport.

"It aligns the showpiece elements of Modern Pentathlon - this year with the additional context of Olympic qualification – with the exciting development opportunities provided by the inclusion of the most popular UIPM sport, laser run.

"I am pleased that, in taking the difficult decision to move the competition to an alternative venue in 2021, the Executive Board has protected the sanctity of this event while expressing a commitment to the future development of our sporting movement in a very active and progressive modern pentathlon country."

The Belarusian Sport Solidarity Foundation (BSSF) had called on the UIPM to remove the event from Belarus in a letter sent to the organisation yesterday.

The BSSF had warned a failure from the UIPM to strip Belarus of the Championships from Belarus would be "a threat to the image and reputation" of the sport.

The UIPM "shall not reward Lukashenko’s violent regime with hosting such major tournaments in a country where citizens are subjected to excessive violence, tortures and discrimination by the authorities and almost 200 political prisoners are being kept in jail", the BSSF wrote.