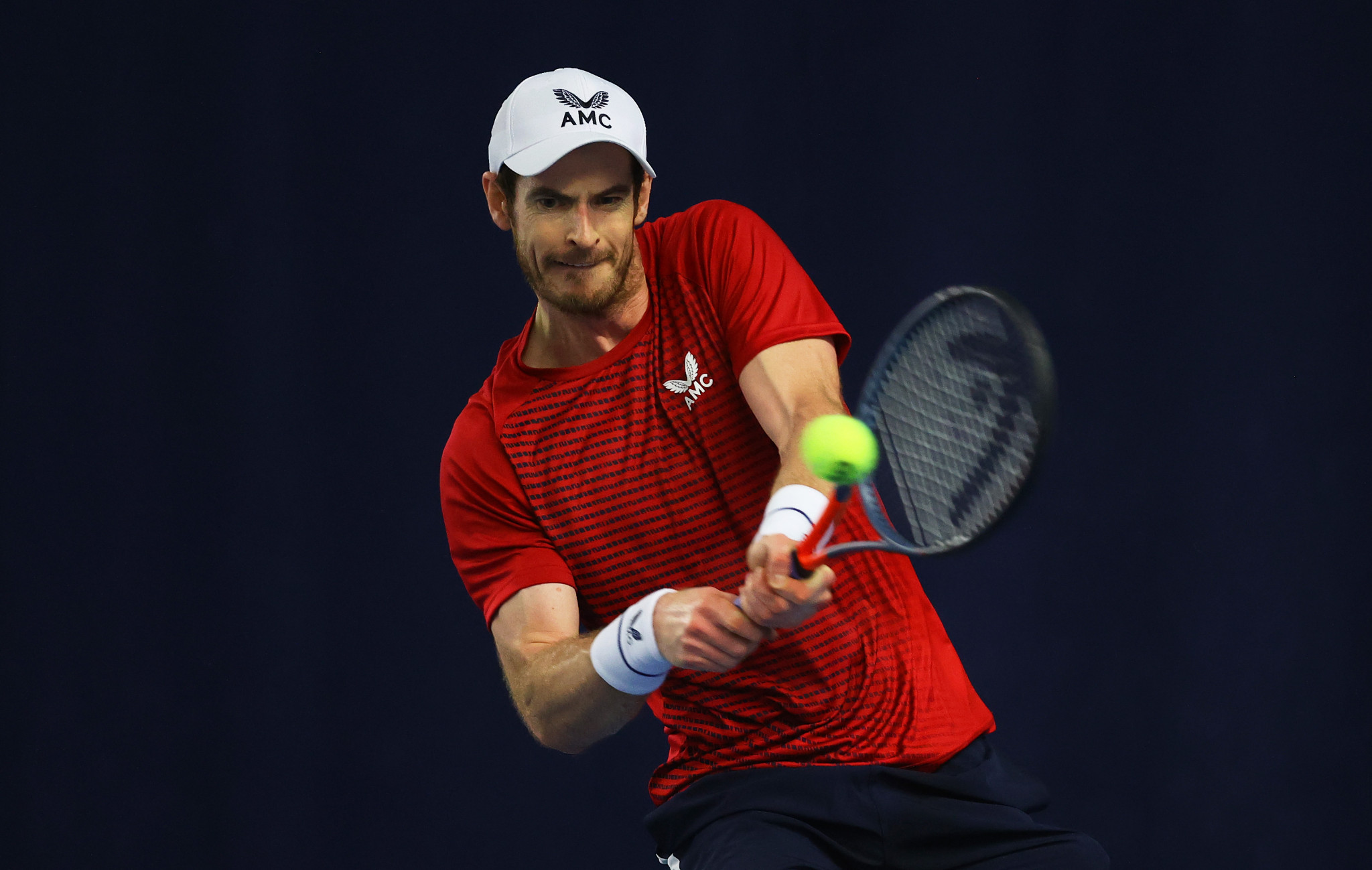 Three-time major winner Sir Andy Murray has withdrawn from the Australian Open after failing to agree a "workable quarantine" plan with Tennis Australia.

The British star's preparations for the tournament received a huge setback when he tested positive for coronavirus and was forced to isolate at home.

The former world number one had hoped to compete in the event, where he had reached the final on five occasions, but he revealed he was unable to find a way to make that possible.

"Gutted to share that I won’t be flying out to Australia to compete at the Australian Open," said Sir Andy in a statement.

"We’ve been in constant dialogue with Tennis Australia to try and find a solution which would allow some form of workable quarantine, but we couldn’t make it work."

Spain's Paula Badosa's hopes of competing have also suffered a blow after testing positive for COVID-19.

Badosa was among 72 players confined to their hotel rooms for two weeks after arriving into Melbourne on one of the three chartered planes where positive COVID-19 cases were identified.

The 23-year-old had previously criticised the quarantine conditions, claiming there were "no windows and no air", and felt the rules had changed in a post on social media that she later deleted.

Yesterday, Badosa revealed she had returned a positive coronavirus test and was "feeling unwell" with "some symptoms".

The world number 67 said she had also been taken to a "health hotel" where she would "self-isolate and be monitored".

"Please don’t get me wrong," said Badosa in a separate message on Twitter.

"Health will always come first, and I feel grateful for being in Australia.

"I talked about rules that changed overnight but I understand the sad situation we are living.

Bardosa arrived in Melbourne on a plane from Abu Dhabi and was in her seventh day of her quarantine period when she tested positive.

It is not known how she contracted the virus.

She is understood to be among 10 people - including four players - associated with the Australian Open that currently have coronavirus.

Under the original quarantine protocol, players can leave their rooms to train for up to five hours a day, but those on planes with a positive case are unable to do that.

Spain's world number 13 Roberto Bautista Agut said it was like a prison "with wifi" and was a "complete disaster".

US Open champion Dominic Thiem has expressed his sympathy for those under the strict quarantine rules as he believed they were at a "huge disadvantage" ahead of the tournament, scheduled to begin in just over two weeks’ time.

"They will certainly be at a serious competitive disadvantage, that's for sure,” the Austrian world number three told Eurosport.

"There are still nine days until the start of the Australian Open, but in contrast to the others who can train normally, this is a huge disadvantage.

"There's no need to discuss that.

"It was unbelievably unfortunate for them, and I feel very sorry for them.

"But of course, everyone knew what they were getting into.

"Tennis Australia and the whole country have tried everything to let the tournament take place and that is also a sensational achievement."

Thiem is in Adelaide for an exhibition tournament which is also set to feature men’s world number one and defending Australian Open champion Novak Djokovic.

Djokovic asked for quarantine conditions to be eased in Melbourne, with his requests including reducing the isolation period with more coronavirus testing carried out, moving players to private houses with access to a tennis court and the delivery of "decent food" and fitness equipment to their rooms.

But his list of demands were rejected by officials in Victoria.

Australia's world number one Ash Barty has been forced to apologise after forgetting her mask following a training session at Melbourne Park.

The 24-year-old was buying a watermelon without a mask on and was spotted by a journalist who reported the incident.

"I accidentally forgot to wear a mask in a supermarket (on Thursday) in Melbourne," Barty said.

"I apologised as soon as I realised my mistake.

"I understand we all need to do our bit to keep the community safe and I will be better next time."

Umpire Carlos Bernardes of Brazil was rushed to hospital after suffering a heart attack while in quarantine in Melbourne.

According to Brazilian website TenisNews, Bernardes is due to be released from hospital tomorrow.

A spokesperson from the Association of Tennis Professionals said Bernardes was admitted to hospital on January 20 and was "recovering well".

The Australian Open is scheduled to run from February 8 to 21 after it was postponed by three weeks to allow for the period of quarantine after players arrive in the country.

Calls have been made for the tournament to be pushed back again, but organisers have stressed the competition will start as planned.