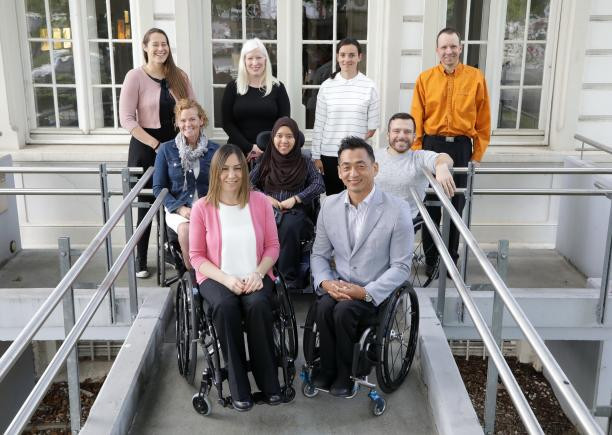 The deadline for athletes to provide feedback to the International Paralympic Committee (IPC) Athletes’ Council regarding the rule related to protests during the Paralympic Games will expire today.

The IPC Athletes’ Council launched a consultation exercise with athletes in July.

The consultation has been aimed at examining how athletes can protest at the Games, while respecting the Paralympic Movement's values and principles.

Under current IPC rules for the Paralympics, Section 2.2, para-athletes are free to share their views on any subject on social media and when speaking to media, but they are not allowed to use the field of play for protest.

The IPC Athletes’ Council last month revealed that 10 workshops were held between October and November as part of the consultation process.

These were attended by athletes from 74 countries and spanning 27 sports.

IPC Athletes' Council chairperson Chelsey Gotell said the majority of Para athletes who took part in a consultation process have signalled their desire for protests on the podium or the field of play at the Paralympic Games to remain banned.

Athletes have been encouraged to share their views ahead of today’s deadline.

📢 Last chance for athletes to feedback to the IPC Athlete Council regarding the rule related to the ability to protest during the @Paralympics ℹ️ https://t.co/cBbjVPgrNl

The survey will be opened until Wednesday, 20 January 2021. #paralympicgames #wheelchairbasketball

Final recommendations from the IPC Athletes’ Council are set to be made to the IPC Governing Board by late February.

The IPC process is similar to one adopted by the International Olympic Committee (IOC) last year.

The IOC asked its Athletes Commission to conduct a similar exercise amid growing pressure on the organisation to relax or abolish its Rule 50, which prohibits athletes from protesting at the Olympic Games.

The United States Olympic and Paralympic Committee announced last month that it would not sanction athletes for demonstrating at the Olympics and Paralympics, including on the podium.