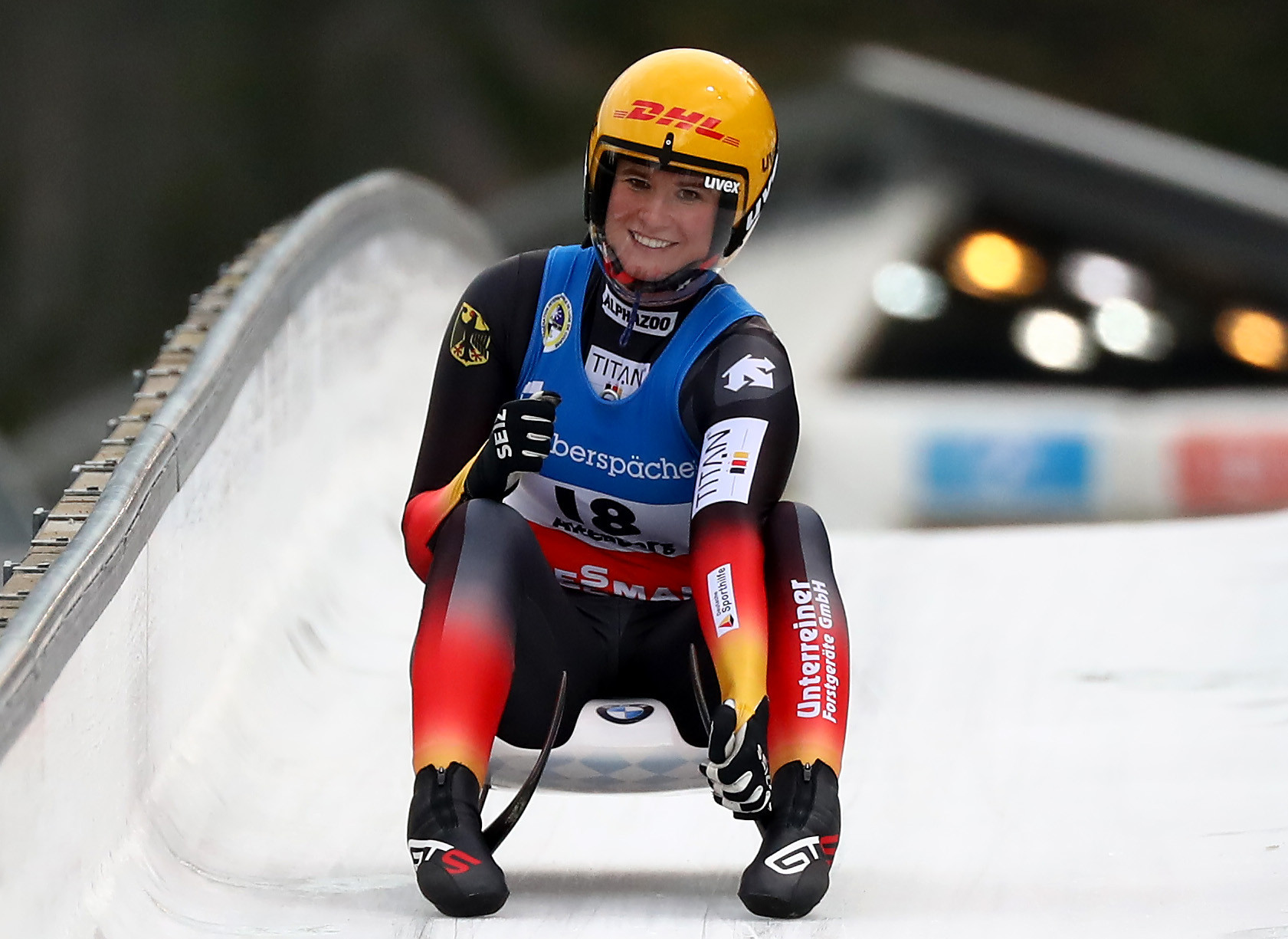 The four-time Olympic gold medallist topped the standings at the halfway mark of the competition by clocking 41.112sec on her first run.

Geisenberger recorded a track record time of 41.009 in the second run to seal victory in 1min 22.121sec.

The German star had been seeking a first victory since returning to the World Cup circuit this season after giving birth to her son last year.

She had recorded eight consecutive second place finishes prior to today's event.

"The 50th win means that one time or another I was pretty good," Geisenberger said.

"I'm especially happy today because it is the first after the birth of my son."

Geisenberger now leads the World Cup standings on 780 points, with her compatriot Julia Taubitz second on 706.

Taubitz lost ground in the race for the World Cup title after finishing fifth today.

The World Cup season will continue in Innsbruck from January 23 to 24, with the event also featuring a sprint competition.

The World Championships are then scheduled to take place in in Königssee from January 29 to 31.

St. Moritz is set to host the final World Cup event of the season from February 4 to 6.