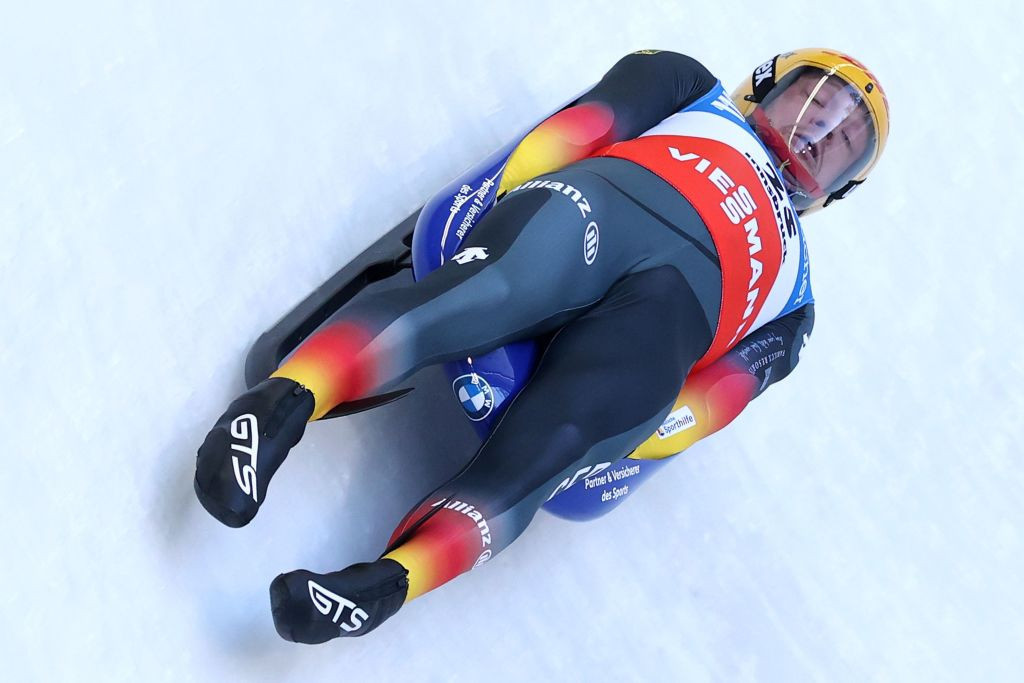 Germany's Felix Loch took a huge step towards clinching the overall men's Luge World Cup title as he claimed his eighth victory of the season in Oberhof.

The double Olympic gold medallist continued his dominance of the World Cup campaign - he has only failed to win one of the nine races staged so far - by clocking a combined time of 1min 25.380sec.

Loch's triumph saw him extend his already significant advantage at the top of the overall standings.

The formidable German racer now leads team mate Johannes Ludwig - the only other athlete to have won a World Cup race this season - by 290 points going into the final three races of the 2020-2021 campaign.

A track record in their second run propelled overall leaders Thomas Steu and Lorenz Koller of Austria to victory in the doubles event.

Latvian brothers Andris and Juris Šics did enough for third.

The Austrian duo sat fourth after the opening run but stormed down the Oberhof track in a record 40.792 to surge into top spot.

Steu and Koller have amassed 741 points, 96 ahead of nearest challengers Toni Eggert and Sascha Benecken of Germany in the race for the overall title.

"For the overall World Cup you have to be realistic," said Benecken, who was fourth alongside Eggert today.

"With today's result, where we could have made up a few points, it will be hard."

The event in Oberhof is scheduled to conclude tomorrow.