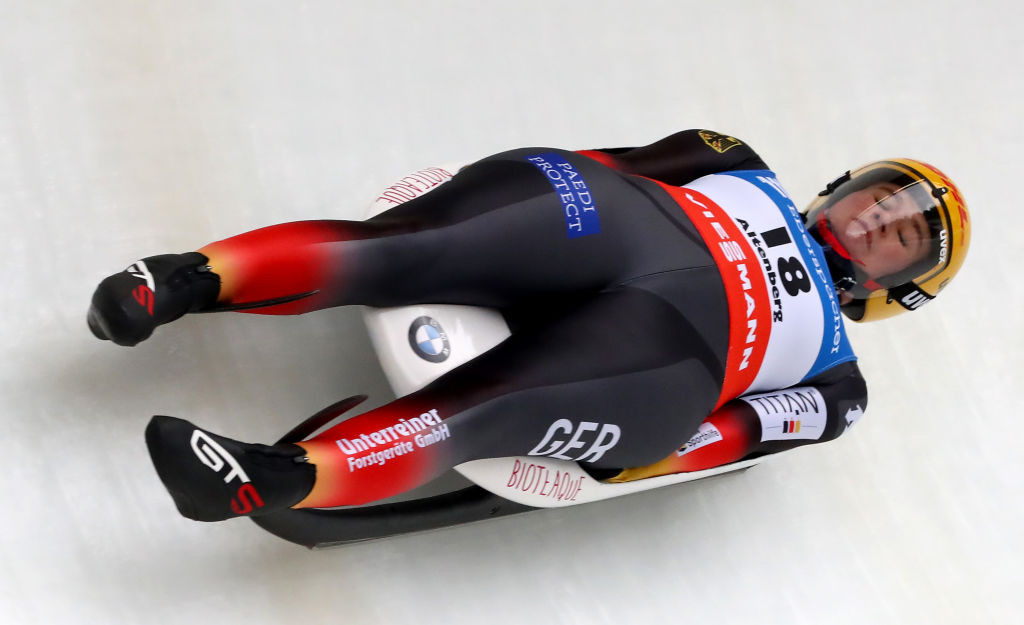 The race for the overall Luge World Cup titles is set to heat up during the latest stop on the circuit in Oberhof this weekend.

Just 29 points separate the top two on the women's standings, with seven-time overall winner and double Olympic singles champion Natalie Geisenberger of Germany leading the way on 680 - despite failing to win a race so far this season.

Geisenberger's team mate Julia Taubitz is second on 651 points going into the event in the German town.

An all-German top three is completed by Dajana Eitberger, although she is some way adrift of the leading pair as she has 479 points.

Double Olympic gold medallist Felix Loch appears on course to wrap up the men's title as he has a commanding advantage at the summit of the leaderboard.

Loch, who has won seven of the first eight races of the campaign, has amassed 750 points - 250 clear of nearest challenger and compatriot Johannes Ludwig.

Thomas Steu and Lorenz Koller of Austria will be aiming to extend their lead in the battle for the overall doubles crown in Oberhof.

Steu and Koller have 641 points, 56 clear of Germany's Toni Eggert and Sascha Benecken.

Following the event in Oberhof, which begins tomorrow and concludes on Sunday (January 17), there will only be two World Cup stops remaining this season.

Oberhof hosted a World Cup last month and is due to stage the 2023 Luge World Championships.