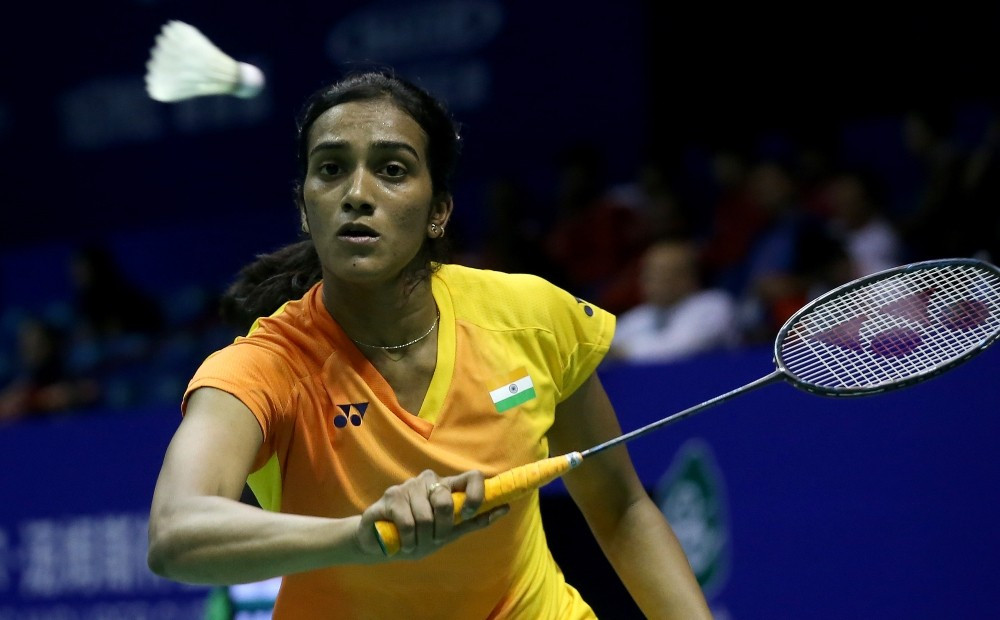 A series of positive coronavirus tests caused disruption to the first day of the Badminton World Federation (BWF) Yonex Thailand Open, with Olympic bronze medallist Saina Nehwal among those impacted - only to later be cleared to play following further testing.

There was also a shock exit for women's singles' world champion PV Sindhu on an eventful day for the Indian badminton team in Bangkok.

A third round of mandatory testing was conducted yesterday, with Nehwal, compatriot HS Prannoy, Jones Ralfy Jansen of Germany and Adham Hatem Elgamal of Egypt all testing positive.

This led to the entire Indian team being told to isolate.

However, antibody tests on Nehwal, Prannoy and Jansen were all positive as well - indicating that the players have had COVID-19 before, as was already known in each case - and as such the Diagnosis and Investigation Committee of the Thailand Ministry of Public Health cleared the trio to play, deeming that they are not at risk of spreading the virus.

As Elgamal's antibody test was negative, the Egyptian has not been cleared to play and must self-isolate for 10 days.

Nehwal's match with Malaysia's Kisona Selvaduray has been rescheduled for tomorrow after initially being declared a walkover.

A match involving Nehwal's husband Kashyap Parupalli, also initially deemed a walkover as he was a high-risk close contact, is also rescheduled for tomorrow.

Prannoy is not due to play until tomorrow, while Jansen - alongside men's doubles partner Daniel Hess - beat New Zealand's Abhinav Manota and Oliver Leydon-Davis today.

Elgamal's mixed doubles partner Doha Hany has been deemed a high-risk contact so must self-isolate, while Egyptian women's singles player Hadia Hosny will need to test negative to be permitted to play.

Ahead of the tournament, Nehwal had claimed that players' fitness was being compromised by anti-virus restrictions, but the BWF denied some of her claims and insists it has received generally positive feedback from players.

The three-time Commonwealth Games champion and former world number one posted a series of messages on social media questioning tournament organisers’ coronavirus restrictions after a request to see a physiotherapist had been denied because it was made before players were permitted to leave their rooms.

We take care of ourselves for the match not to come and shed blood for THIS . However , I gave 4 tests after I have arrived and I can’t say any of them have been pleasant .
Unacceptable pic.twitter.com/ir56ji8Yjw

Olympic silver medallist and current world champion Sindhu had entered the event as India's brightest hope, but suffered a shock exit in the opening round to world number 18 Mia Blichfeldt of Denmark.

World number one Tai Tzu Ying of Chinese Taipei won in straight games against Thailand's Benyapa Aimsaard, although the 21-18, 26-24 scoreline underlines how the Thai player put up an admirable fight.

India's only victory of the day came in the mixed doubles, as Ponnappa and Satwiksairaj Rankireddy defeated sixth seeds Hafiz Faizal and Gloria Emanuelle Widjaja of Indonesia in three games.

Thailand's top seeds in the mixed doubles, Dechapol Puavaranukroh and Sapsiree Taerattanachai, are through after a come-from-behind win against Malaysia's Hoo Pang Ron and Cheah Yee See, triumphing 18-21, 21-16, 21-15.

In the men's singles, Danish fourth seed Viktor Axelsen started in dominant form with a 21-12, 21-6 victory over Sitthikom Thammasin of Thailand.

The tournament, the first of three BWF events being staged in Bangkok, continues tomorrow.