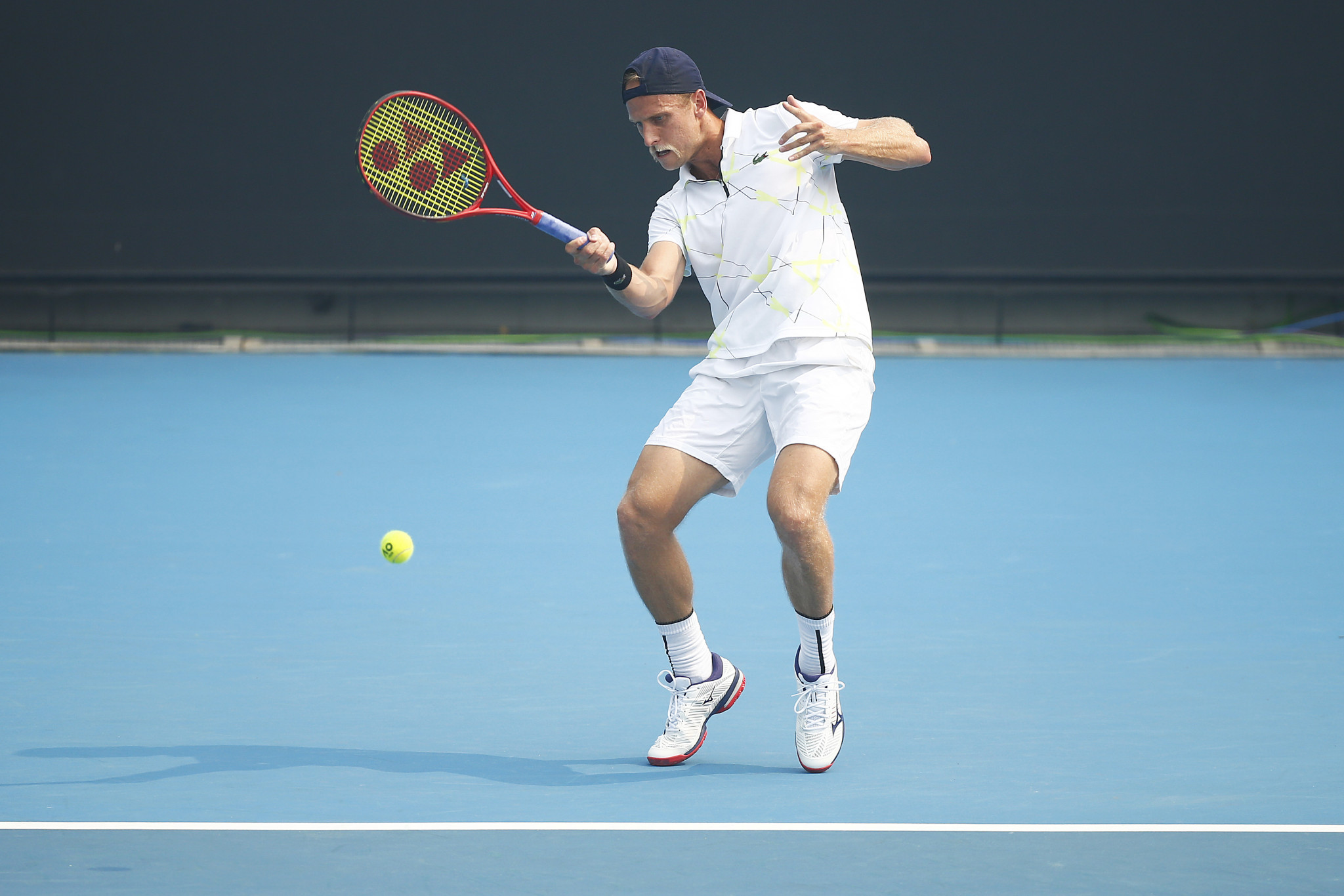 Concerns over the COVID-19 policy at the Australian Open qualifiers have been raised after American Denis Kudla was informed mid-match that he had tested positive for the virus.

Kudla's encounter with Morocco's Elliot Benchetrit was immediately halted when the positive result was confirmed, with the world number 114 being rushed into quarantine at the tournament in Doha.

The American, the fourth seed for the qualifying rounds and one of the favourites to make the main draw, was given the 6-4, 6-3 win, despite the early abandonment of the match.

It was ruled because Kudla was leading 5-3 in the second set when the match was halted, he would be awarded the win.

Rules instructed that the game between the two had to finish before a result would be determined, with Kudla making it 6-3, but if Benchetrit had won that game to make it 5-4 he would have been declared the winner by walkover.

Because the Moroccan was in close contact to Kudla, he may now need to isolate.

Kudla is the second player to be forced to isolate due to a positive COVID-19 result at the qualifier, joining Francisco Cerúndolo of Argentina.

Cerúndolo was set to face Spain’s Mario Vilella Martinez, but received his positive result before his match, later stating he was in "good health".

In his own words: Elliot Benchetrit tells @Tennis_Majors what happened in Doha and how @deniskudla may have tested positive: “The rule was to finish the game in progress before the match was stopped and it was during the last game of the match so he was declared the winner." 1/5

Australian teenager Dane Sweeny has progressed to the final round of qualifying after receiving a walkover against Kudla.

"Two players have returned a positive Covid-19 test at the Australian Open men’s qualifying in Doha in Qatar," Tennis Australia said in a statement.

"Both players have been withdrawn from the tournament and transferred to a quarantine hotel.

"Local health authorities, the tournament physician and medical team are monitoring each individual.

"Contact tracing is currently under way to notify close contacts."

Benchetrit further expressed his concern in an interview with Tennis Majors, stating that players were permitted to play before receiving their results.

"The concept of a test is to have the information up front, to not put the linespeople, the opponent or, quite simply, everyone the person might meet before or after their match, in danger," said Benchetrit.

"There also are lucky losers who are waiting for a forfeit to be able to play, who travelled there for nothing.

"The draw is compromised; there will be a player in the third round of qualifications having played just one match, that’s also the problem."