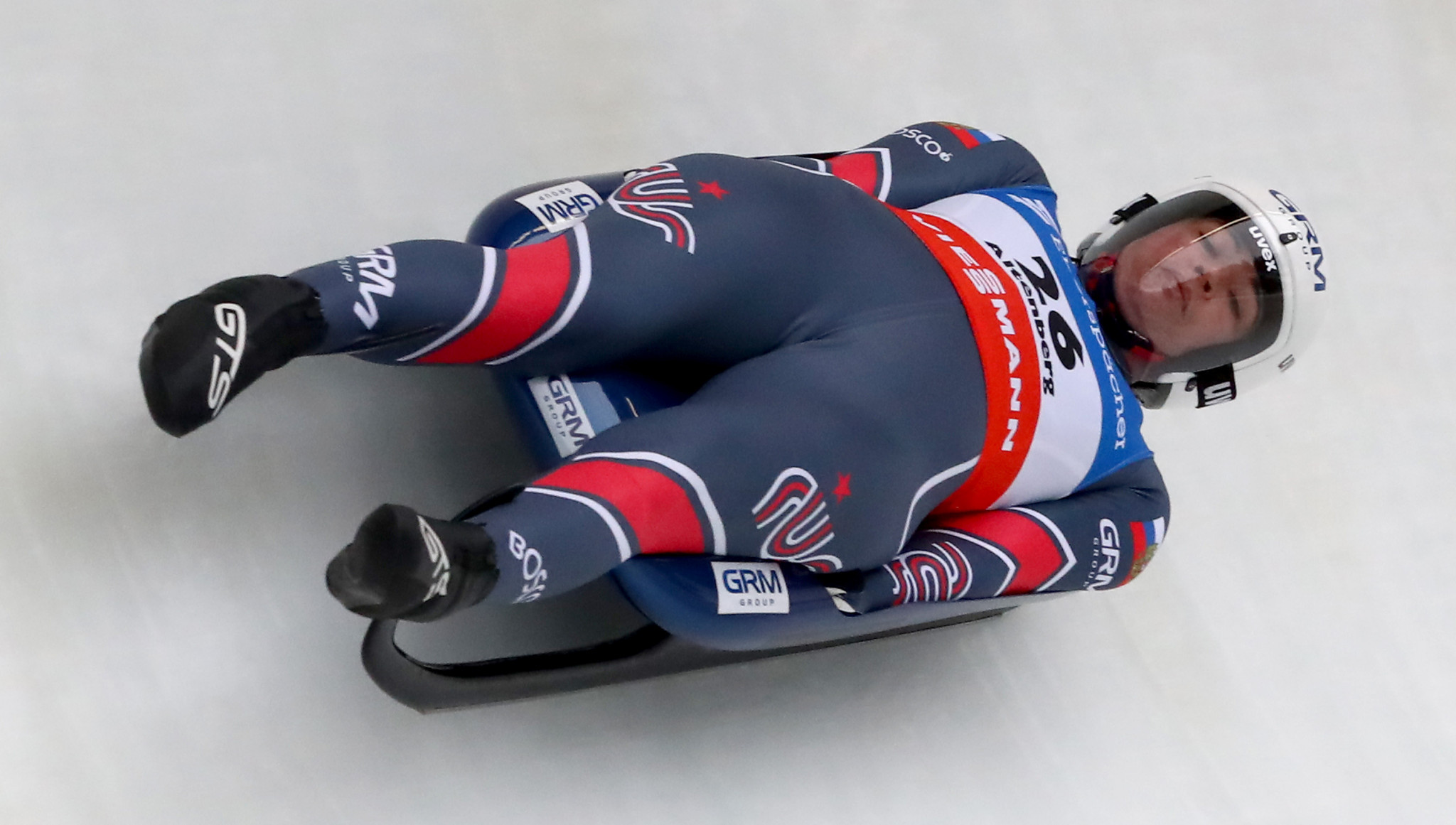 Tatyana Ivanova earned her fifth European title after triumphing in the women's contest at the International Luge Federation (FIL) World Cup in Sigulda.

The Russian recorded a combined time of 1min 23.594sec over two runs to claim victory in the Latvian capital.

Compatriot Viktoriia Demchenko was in third in 1:23.755, while Germany's Olympic champion Natalie Geisenberger finished in between the two to just miss out on her fourth European title with a time of 1:23.646.

The 29-year-old had been one of 11 Russian athletes banned for life by the International Olympic Committee in December 2017 for doping offences at the Sochi 2014 Olympic Games.

Ivanova's suspension was overturned in January 2018 by the Court of Arbitration for Sport and her Sochi 2014 bronze medal in the mixed team relay was returned to her.

Despite her victory in Sigulda, Ivanova remains out of the top three in the overall World Cup standings, currently sitting in fifth place with 428 points.

Geisenberger leads the standings with 680 and is followed by compatriots Julia Taubitz on 651 and Dajana Eitberger on 479.

Ivanova was also part of the Russian team that triumphed in the team relay with a total time of 2:12.833.

She was joined by Semen Pavlichenko, Vsevolod Kashkin and Konstantin Korshunov.

Latvia's Eliza Tiruma, Arturs Darznieks and brothers Andris and Juris Sics were in second place with 2:13.000, while a German team of Geisenberger, Felix Loch, Tobias Wendl and Tobias Arlt were just behind in 2:13.022.

The FIL Luge World Cup is scheduled to continue in the German town of Oberhof on January 16 and 17.