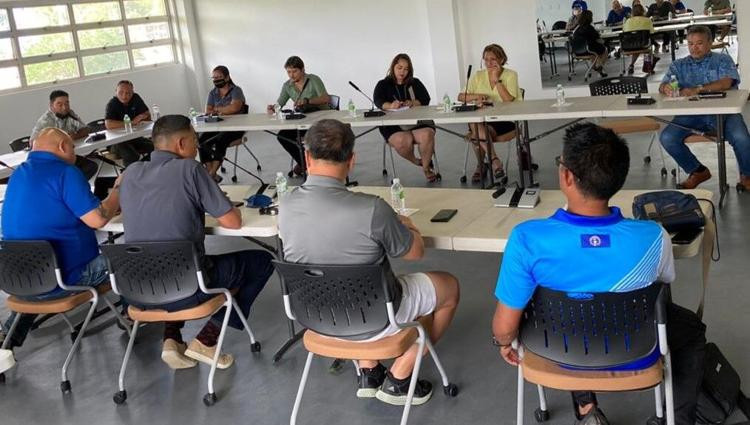 Organisers of the 2022 Pacific Mini Games in the Northern Mariana Islands (CNMI) have held their inaugural meeting in the capital Saipan.

The CNMI, a United States Commonwealth, had been due to host the next edition of the Pacific Mini Games in June this year, but following the postponement of the Olympics in Tokyo until 2021 and the ongoing coronavirus pandemic, it had been agreed to delay them by 12 months.

The country is still recovering from Super Typhoon Yutu, which caused widespread destruction in the CNMI in October 2018, and the effects of the coronavirus crisis.

The CNMI has avoided the worst of the pandemic with only 125 cases and two deaths reported.

But the country’s tourist industry, particularly from the US, has been badly hit by the crisis.

The programme from the Games had already been reduced from 12 sports to six as a cost-cutting measure, although there remain hope that tennis and weightlifting could still be added.

Minogue walked the Organising Committee, chaired by Marco Peter, a member of the Northern Marianas House of Representatives, through the various stages of their preparation.

This included raising funding through sponsorship and coordinating travel arrangements.

It was also agreed that the Organising Committee would liaise closely with the COVID-19 Task Force set up by CNMI Governor Ralph Torres to ensure athletes’ and officials safety during the Games, which is due to take place between June 17 and 25 next year.

Minogue had in November praised the efforts of Torres to ensure that the Games were only postponed by a year and not cancelled altogether.