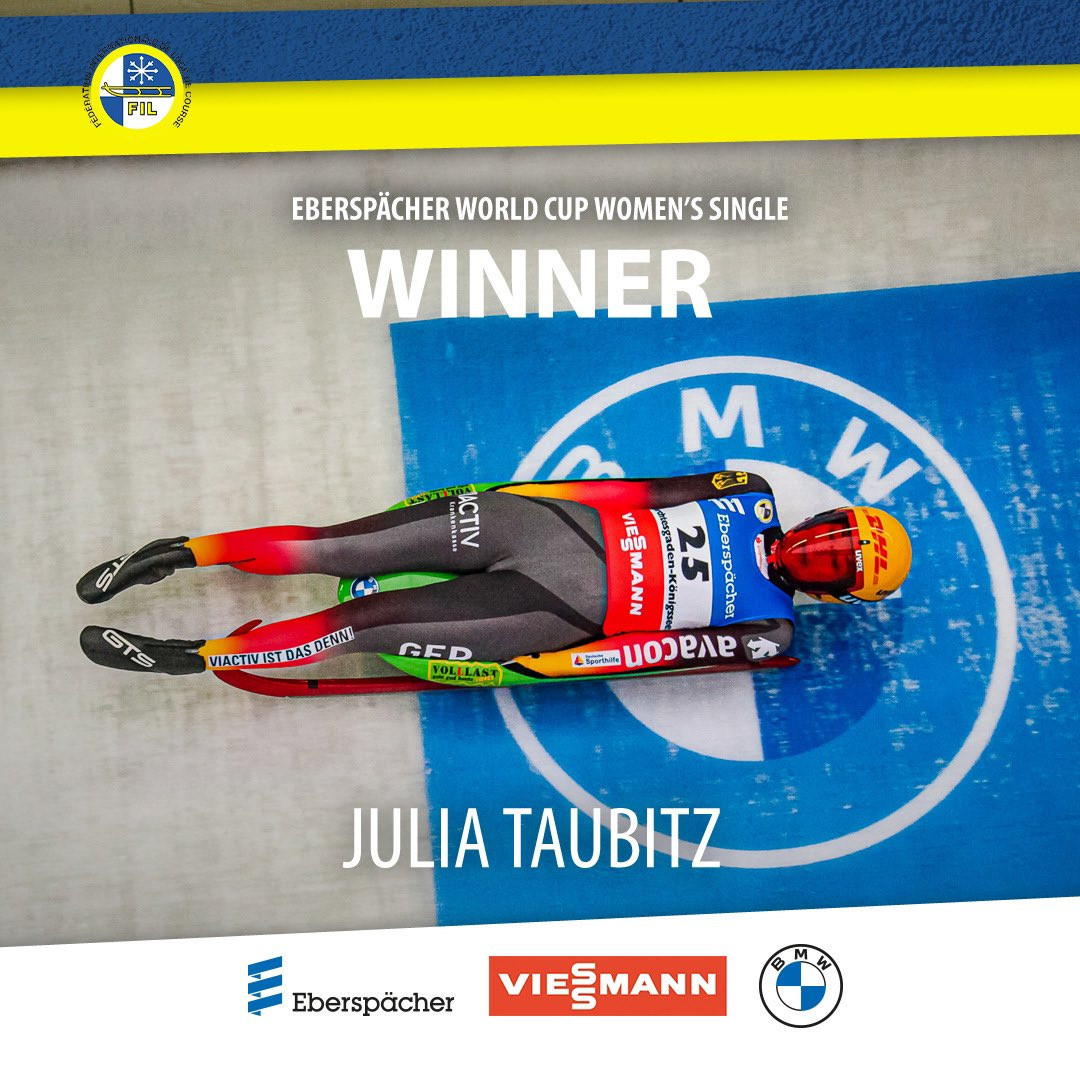 Germany's Julia Taubitz recorded her third race win in a row in the women's singles at the International Luge Federation (FIL) Luge World Cup in Königssee, while neighbouring Austria secured the team victory.

Recording the two fastest times of the day, the German was a clear winner again by more than three tenths of a second ahead of her compatriot Natalie Geisenberger, who finished runner-up for an astonishing seventh race in a row.

Austria's Madeleine Egle was close behind for the bronze medal winning her first individual podium on the World Cup circuit at the age of 22, with a gulf existing to the rest of the pack, led by Germany's Anna Berreiter.

Germany's Dajana Eitberger and Russia's Viktoriia Demchenko finished within a second of Taubitz in fifth and sixth.

Geisenberger's consistency keeps her marginally ahead in the World Cup standings.

In the mixed team relay, Austria sprung a surprise as they held off heavy favourites Germany by nearly two tenths of a second.

World Cup leader Felix Loch was joined by Taubitz and the pairing of Toni Eggert and Sascha Benecken, as Germany took the silver medal.

The Russian team of Demchenko, Roman Repilov and the doubles pair of Vsevolod Kashkin and Konstantin Korshunov won the bronze medal.