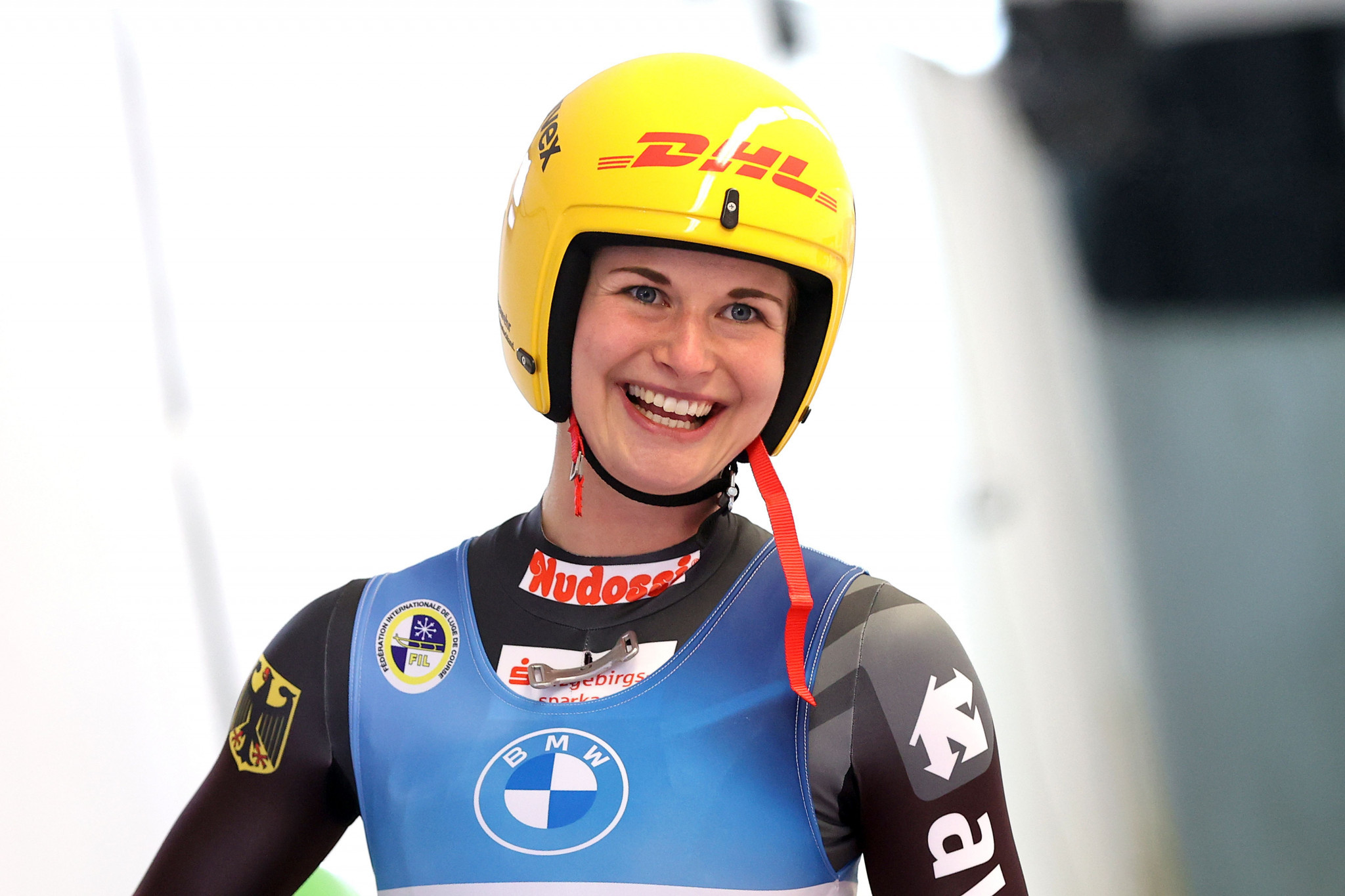 Germany's Julia Taubitz won her third International Luge Federation (FIL) Luge World Cup race of the season in the women's singles, in the first of two races in Winterberg.

The reigning World Cup champion continued her strong form this season, putting together two consistent runs to win the gold.

However, she failed to put down the fastest time on either run, and trailed her compatriot Natalie Geisenberger after the first run.

While Taubitz was solid on her second effort, clocking the second best time, Geisenberger dropped off the pace to fall behind, finishing 0.106 seconds in arrears.

It meant that Geisenberger, who gave birth to her son in May, continues a streak of five races where she has finished in second place.

Despite failing to win at all this season, this does keep her at the top of the overall standings ahead of Taubitz.

Latvia's Eliza Tiruma was fairly consistent to win the bronze medal, making the podium for the first time this season, having won in Winterberg last year.

Madeleine Egle of Austria and Italy's Andrea Vötter completed the top five, while Dajana Eitberger of Germany, who put down the quickest time on the second run, was only 13th after a disastrous first run which took her out of contention.

Eitberger, who won last time in Oberhof, sits third in the overall standings.

In the doubles, Tobias Wendl and Tobias Arlt finally won their first race of the season, narrowly holding off their compatriots Toni Eggert and Sascha Benecken for the gold.

Wendl and Arlt have struggled to show the form of four-time Olympic champions this season, but the victory today brings them up into third place in the overall standings.

Eggert and Benecken were just 0.040 behind the winners, denied a second gold medal of the season, while Latvian brothers Andris and Juris Šics took the bronze, 0.242 behind the Germans.

Austrians Thomas Steu and Lorenz Koller ended their streak of World Cup podiums this year after an early mistake on their first run dropped the pair down to 16th.

Despite topping the time sheets on the second run, the pair - who won the first three races of the season - could only finish seventh.

Tomorrow, the men's singles and the three sprint races in each discipline are set to take place.