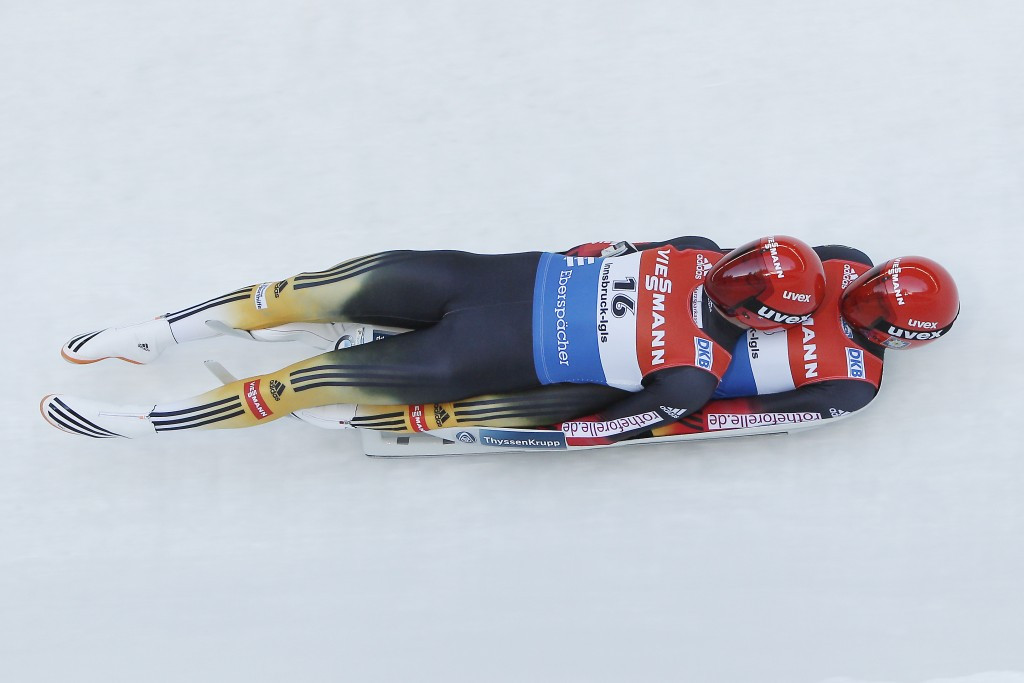 The reigning world champions recorded their first men's doubles win of the 2020-2021 World Cup season after posting the best times on the first and second runs.

Steu and Koller lost ground on the first run, placing fourth, but finished in the silver-medal position, 0.155sec behind the Germans.

The German pairing have been overall World Cup winners four seasons in a row.

Austria's Yannick Müller and Armin Frauscher made it onto the podium for the second time this season, but a slower second run dropped them to third, 0.196sec behind the winners.

Italians completed the top five thanks to the efforts of Ludwig Rieder and Patrick Rastner in fourth and Emanuel Rieder and Simon Kainzwaldner in fifth.

Wendl and Arlt had another difficult day after a big mistake in their first run dropped them to the back of the field, with an average second run only pulling the pair up three spots to 18th.

Later, Germany's Loch maintained his unbeaten run in the men's singles after a close contest with compatriot Johannes Ludwig.

Although marginally behind after the first run, three-time Olympic gold medallist Loch put down the fastest time of the day with an impressive second run to maintain his 100 per cent record in the 2020-2021 World Cup season.

Jonas Müller of Austria also improved on his second run to move up from fifth to third to take his second bronze medal of the season, overtaking two Russians.

Women's singles and a team relay are scheduled tomorrow in Oberhof.