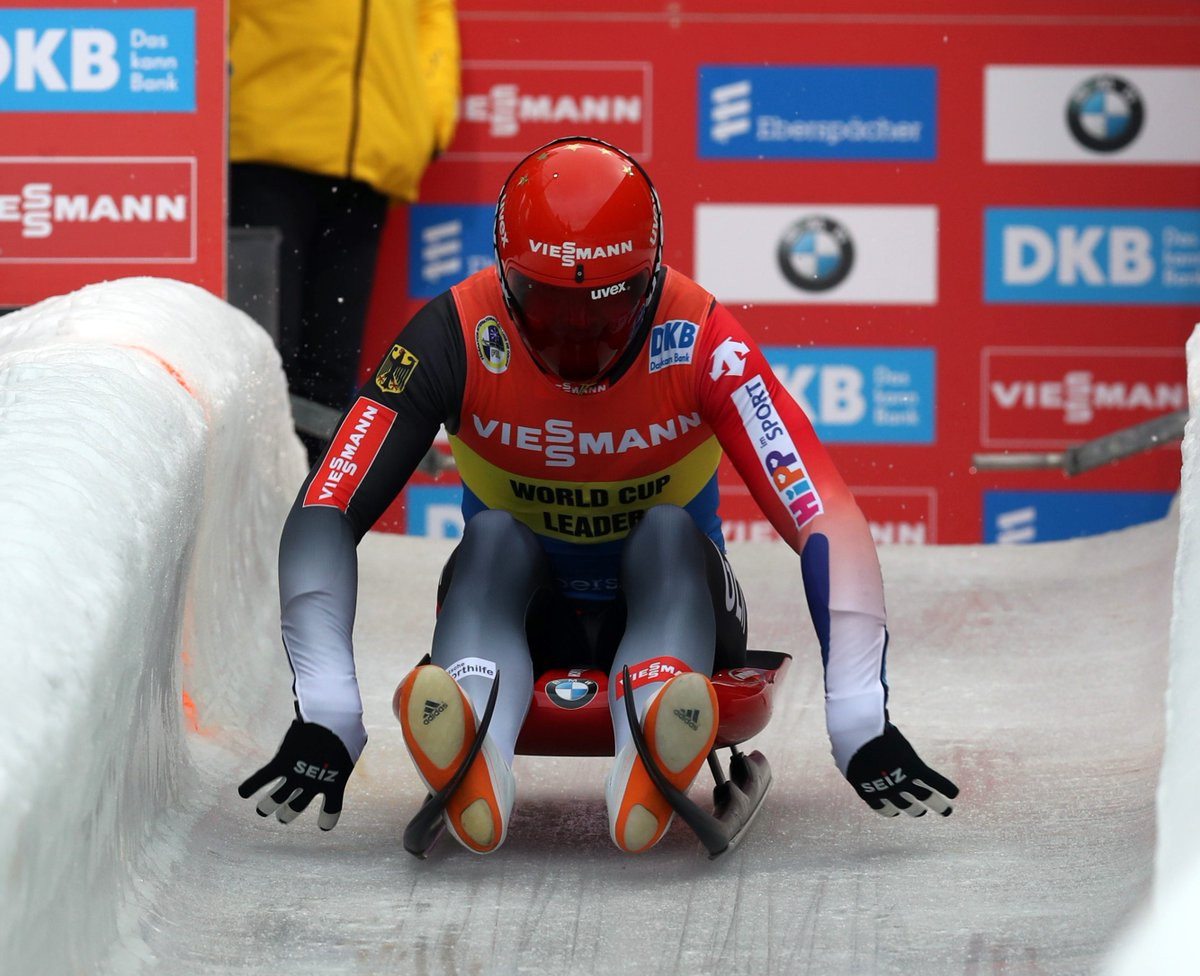 Germany's Felix Loch could extend his men's singles unbeaten run in the International Luge Federation (FIL) Luge World Cup to four at one of his home races at Oberhof.

Loch has yet to be defeated in the 2020-2021 season in the discipline after two wins in Innsbruck and one in Altenberg.

Now he will look to continue that run at Oberhof, with the event running tomorrow and Sunday (December 13).

The three-time Olympic champion has had plenty of competition this season, with compatriot Johannes Ludwig coming closest to knocking him off his perch.

Another German, Max Langenhan, was runner-up last time out in Altenberg, while Italy's Dominik Fischnaller and Latvia's Kristers Aparjods have both picked up a bronze medal so far this season.

In the women's singles event, another German will look to remain top of the overall standings - Julia Taubitz.

Having won the regular and sprint races in Innsbruck, Taubitz failed to make the podium in Altenberg, with the reigning World Cup champion losing out to Russia's Tatiana Ivanova.

Perhaps the hungriest of the main contenders will be Germany's Natalie Geisenberger who has finished second in all three of the World Cup races this season and sits as the reigning Olympic champion in the discipline, having won gold at Sochi 2014 and Pyeongchang 2018.

Geisenberger returned to the World Cup circuit after giving birth.

Austrian pair Thomas Steu and Lorenz Koller have yet to be defeated in the doubles competition this year either and have looked comfortable at the top of the podium.

However, Germans Toni Eggert and Sascha Benecken were close to stopping that run in Altenberg and will remain the closest challengers along with experienced German pair Tobias Wendl and Tobias Arlt.

In the mixed team relay, Germany should be considered the favourites, with Italy, Russia and Austria expected to contend for the medals too.