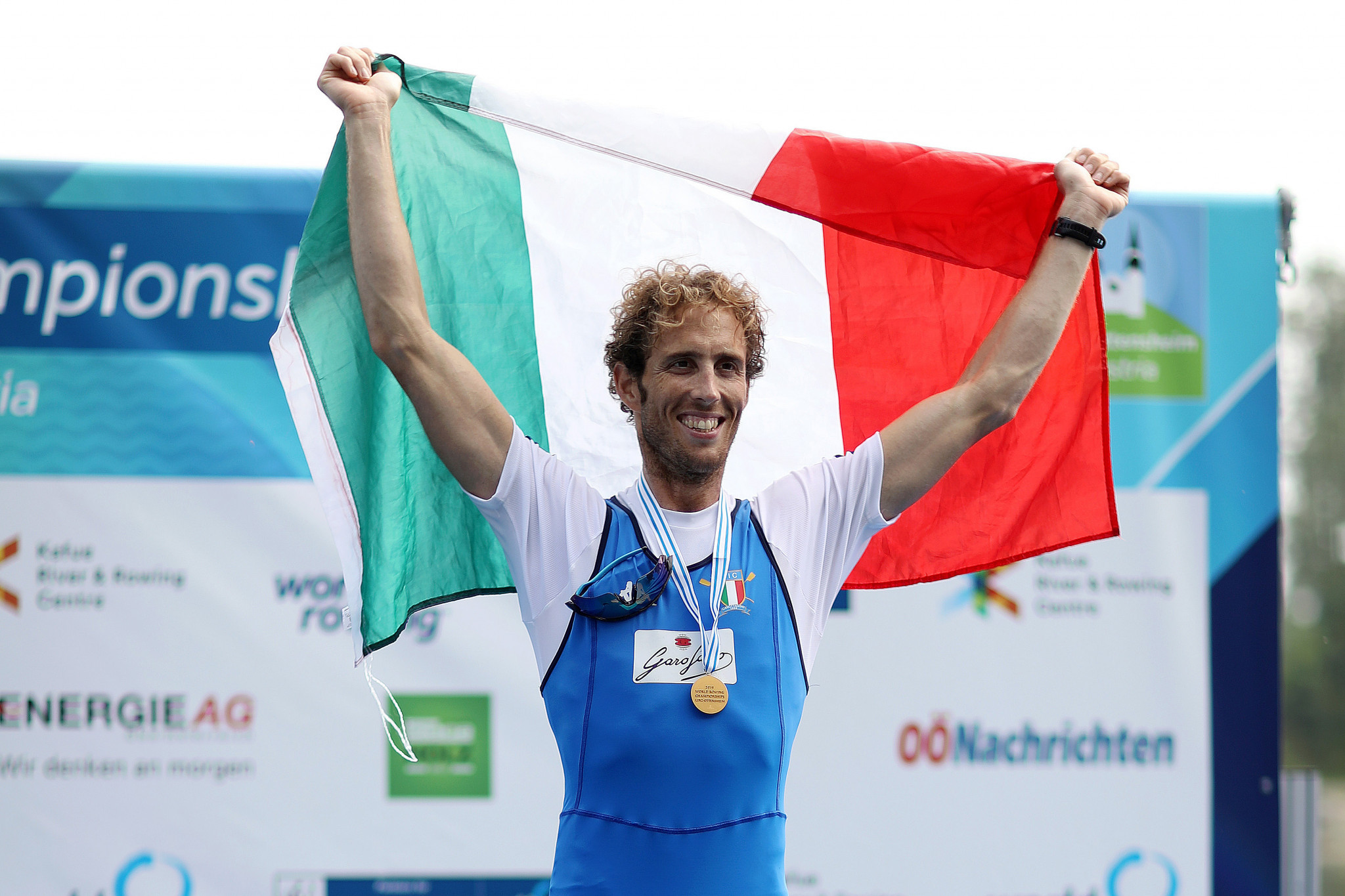 Four-time world champion Martino Goretti was among the rowers to book their place at next year’s World Rowing Indoor Championships (WRICH) after success in the European qualifier.

The Italian was victorious at the European event, hosted by British Rowing, with participants competing on Concept2 static rowing machines.

Goretti was a member of three victorious lightweight eights teams on the water from 2005 to 2009, before winning a world title in the men's lightweight single sculls last year.

Sophie Souwer of The Netherlands and Britain’s Kirstyn Luton were the best WRICH entrants in the women’s open 2,000m competition.

I can’t express how proud I am of my father who keeps improving his performances on the rowing machine every year. Today he set a new Spanish record in the 60-64 age category at the @BritishRowing BRIC Online.
Zorionak aita! ❤️ pic.twitter.com/2bd9Dmi53X

Entries were received from 42 countries, with Britain at the top of the list followed by Italy, Hungary and Germany.

Anyone with a Concept2 static rowing machine could enter.

The European tournament is due to continue tomorrow.

The 2021 WRICH will be a virtual event held in late February.

World Rowing hopes this will promote indoor rowing better to lower levels of ability, while it also means the event can take place in spite of the coronavirus pandemic.

This year’s competition was staged in Paris in early February.