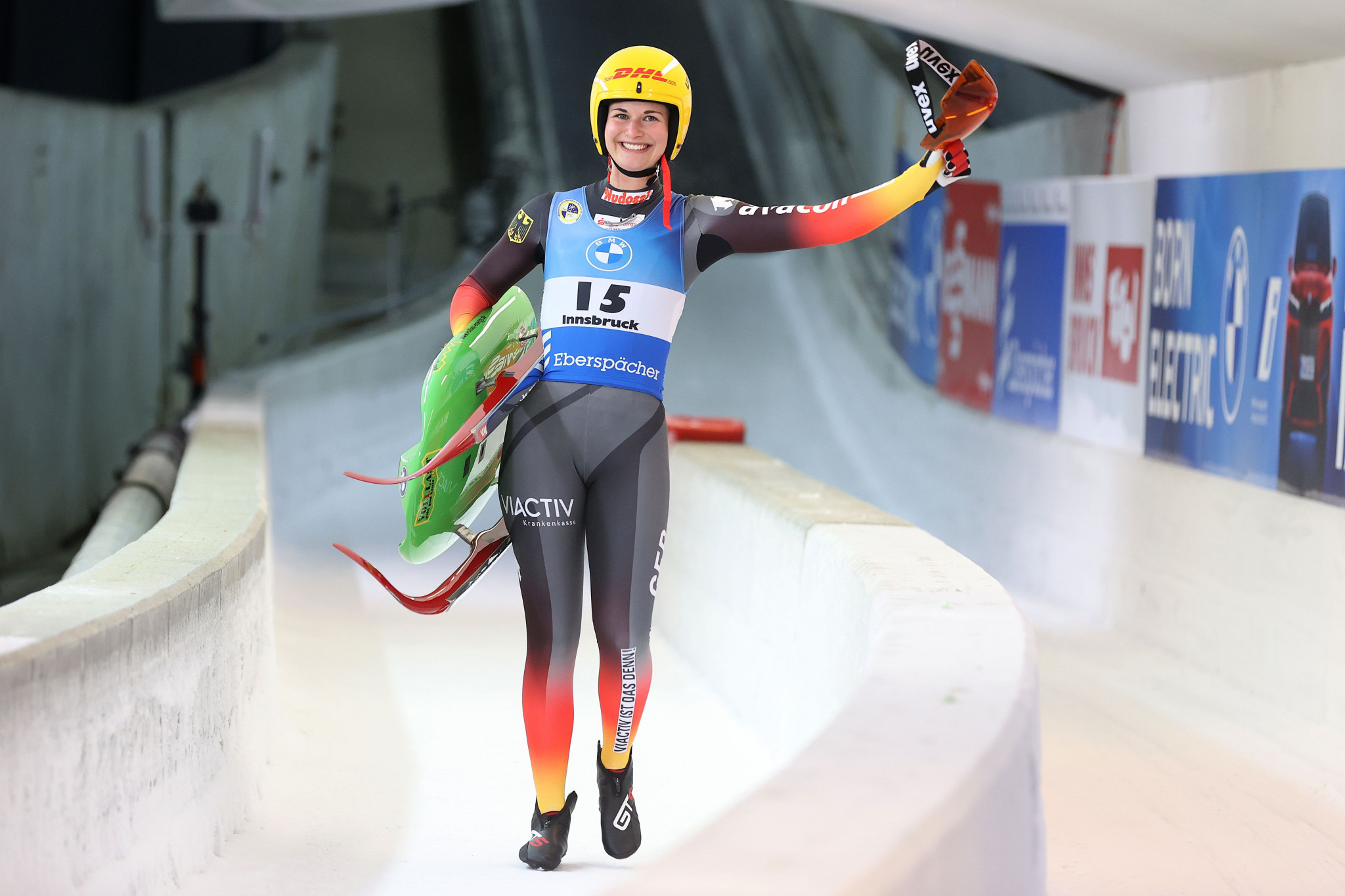 She became the first female slider to win three World Cup gold medals in the same day, after securing victories in the women’s event, the sprint and team relay.

Taubitz triumphed on her home track in Altenberg in January en route to the overall World Cup title.

The German star is likely to face competition from compatriot Natalie Geisenberger, as the four-time Olympic champion continues her comeback after giving birth in May.

Geisenberger was the runner-up to Taubitz in both the singles and sprint events last weekend.

"You can see that we all have the chance to ride in front," Taubitz said.

"All in all, after the three victories at the opener in Igls, a big load fell off.

"I am very happy about the successes.

"I knew that when Natalie and Dajana [Eitberger] came back, they wouldn't race for places in the back.

"They did it really well.

"Already at the start I said to the Geisi: 'If I didn't know, I wouldn't believe that you had a child.'

"They fought back really hard, you have to take your hat off."

Germany's Felix Loch will hope to repeat his victories in the men’s singles and team relay competitions last week.

Gleirscher was the men’s singles winner the last time the World Cup visited Altenberg in January.

Russia’s Vladislav Antonov and Alexander Denisiev are expected to return, after the sprint doubles world champions missed the opening World Cup due to a coronavirus infection.

Romania has withdrawn its entire team because they have two coronavirus cases.

FIL executive director Christoph Schweiger, who is serving as FIL hygiene officer this winter, praised the opening event in Innsbruck.

"It is nice to see how the luge family is moving even closer together in this crisis - with the necessary social distancing rules," Schweiger said.

"Everyone involved has behaved in a very disciplined way.

"The only thing we still have to streamline is the procedure for the team relay award ceremonies.

"The organisers in Innsbruck-Igls have done an outstanding job".