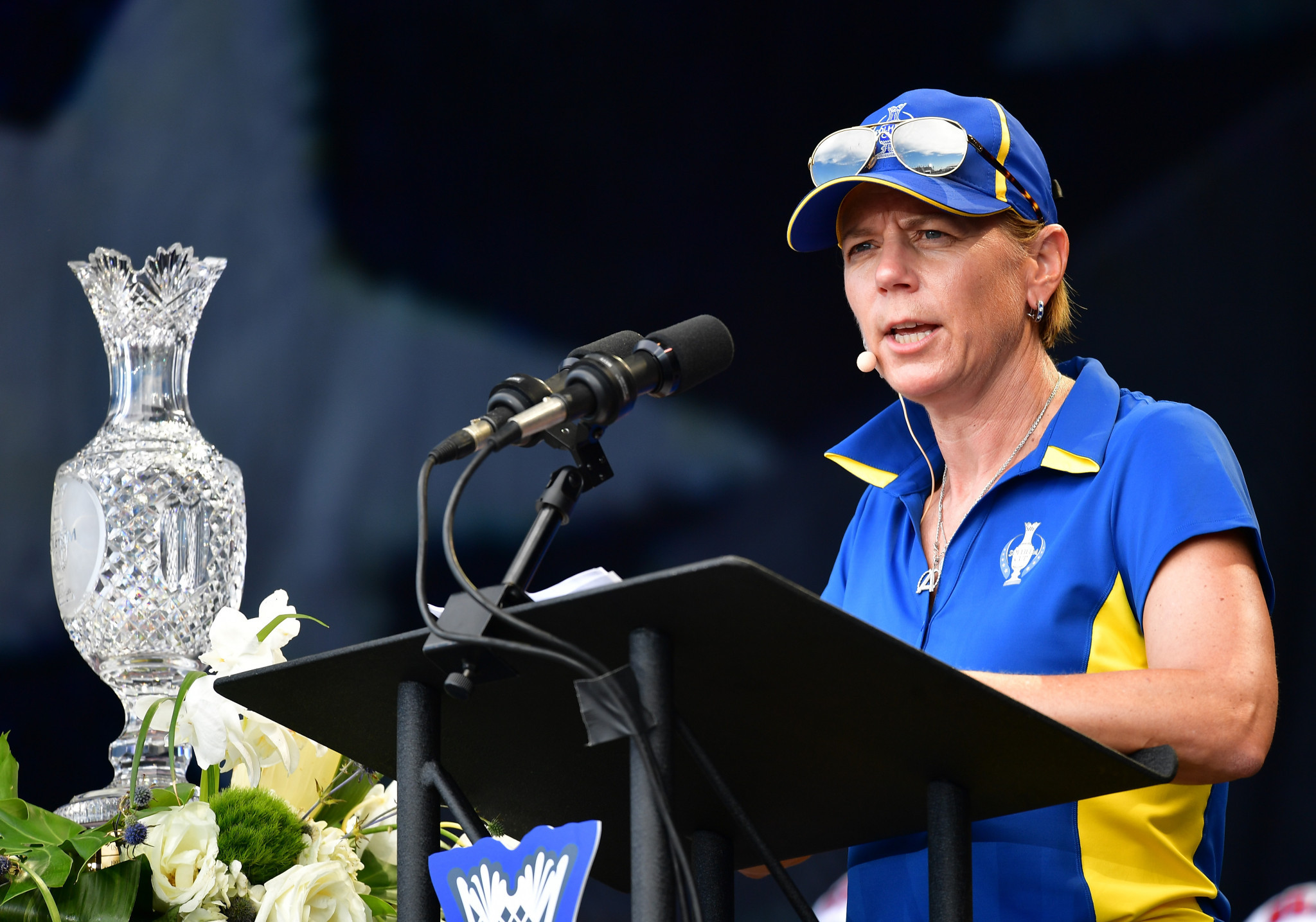 The Swede is set to be take over the reins on January 1, with Dawson stepping down after 10 years in the hot seat.

Dawson helped put golf back on the Olympic programme as the sport featured at Rio 2016, but the 70-year-old notified the IGF Board he would not seek re-election when his two-year term expired at the end of the year.

Sörenstam also contributed to golf returning to the Olympic programme after a 112-year absence, serving as a global ambassador during the sport's campaign for Olympic inclusion.

The 50-year-old joins only two other female Presidents in the Olympic Movement, Marisol Casado and Kate Caithness, who head World Triathlon and the World Curling Federation respectively.

Casado was re-elected to that post on Sunday (November 30).

Ty Votaw, an executive on the Professional Golf Association Tour, will serve another team as vice-president, the IGF Board confirmed.

"Peter did a great job the last 10 years as IGF President and I am humbled and honoured to have been asked to succeed him," said Sörenstam.

"As an international player, having golf back in the Olympics means so much to me and to our sport.

"I very much look forward to working with the Board, the IOC and the governing bodies of golf in their efforts to continue to grow the game globally."

The Swede won the ANA Inspiration, Women’s PGA Championship and US Women’s Open on three occasions as well as the Women’s British Open before retiring in 2008.

"With Peter’s impending departure, we are thrilled to have someone as accomplished and universally respected as Annika Sörenstam to move into the role as IGF President," said Jay Monahan, chairman of the IGF Board.

"As a generational talent in women’s golf, Annika played a prominent role in golf’s successful Olympic bid by serving as a global ambassador with Jack Nicklaus and since retiring from competition, has been dedicated to promoting women’s golf at all levels through her foundation.

"She is the ideal person to succeed Peter in this role."

Monahan is also commissioner of the PGA Tour.

Dawson said the IGF could "not be in better hands" with Sörenstam, a former world number one, at the helm.

"It has been a great pleasure and privilege to serve as IGF President," Dawson said.

"Golf's reinstatement to the Olympic programme was a landmark for our sport and it was a true thrill to witness our return at Rio 2016.

"Our Olympic status has been a strong catalyst for increasing cooperation and coordination between the major organisations in golf and has significantly strengthened the bonds between the IGF and our National Federations.

"My thanks go to so many people in golf and in the Olympic family for their support over the past 10 years.

"Their help and goodwill have been invaluable.

"I wish my successor every success."

Monahan also paid tribute to Dawson following a "distinguished career dedicated to the growth of golf".

"On behalf of the IGF Board, I want to extend our sincere gratitude to Peter for the outstanding job he has done over the past decade on behalf of the IGF, including helping to assure golf’s highly successful return to the Olympic Games," added Monahan.

IOC President Thomas Bach also thanked Dawson for his service and gave an update on the status of the Olympic Movement to the IGF Board.

This was followed by updates on preparations for Tokyo 2020 by Christophe Dubi, the IOC’s Olympic Games executive director, and Kit McConnell, sports director for the IOC.

Golf is part of the Olympic programme for Tokyo 2020 - due to take place next year after being postponed by the coronavirus pandemic.

The IGF Board said it had expressed to the IOC its "support and a shared commitment to deliver the golf competition with safety for the athletes and all involved a top priority."

As well as electing Sörenstam President, the IGF Board approved the strategic business plan for 2021-2028 and a budget for 2021, as well as a revised version of its policies and charters.