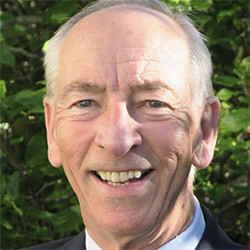 Newly elected World Sailing vice-president Philip Baum has targeted the 2026 Summer Youth Olympic Games in Dakar as an important opportunity to promote the sport in Africa.

The South African was one of seven new vice-presidents elected by sailing's world governing body earlier this month.

Baum, the former President of South African Sailing, is the first African to be elected to the World Sailing Board of Directors.

"It is vitally important for Africa to have a voice at the top table‚" said Baum.

"The Youth Olympic Games take place in Senegal in 2026.

"This is a very special opportunity to showcase the sport in Africa and persuade Governments across the continent as to the educational value of making sailing a school sport.

"It is also a unique chance to develop commercial activity and create jobs by selling boats of all descriptions‚ be they yachts or motor vessels."

Sailing made its Olympic debut at Paris 1900 and has appeared on the programme of every Games since, except for St. Louis in 1904.

But an African sailor has never won a medal.

At the last Olympic Games in Rio de Janeiro four years ago, six African countries qualified but the total number who competed, at 17, was only slightly more than represented Great Britain.

"World Sailing has never had a Board member from Africa," said Baum, who has represented South Africa in several World Championships in the finn and J22 classes.

"The demographics, the political evolution and undeveloped potential of the continent makes Africa a significant growth opportunity for World Sailing in the medium term.

"The Youth Olympic Games in Senegal should be a springboard for the sport, both competitively and recreationally.

"I aim to be a bridge not only for my continent but we in Africa believe, with shared experiences, we can be a bridge for new opportunities elsewhere in the world.

"What works here can work elsewhere.

"Together we can grow sailing."