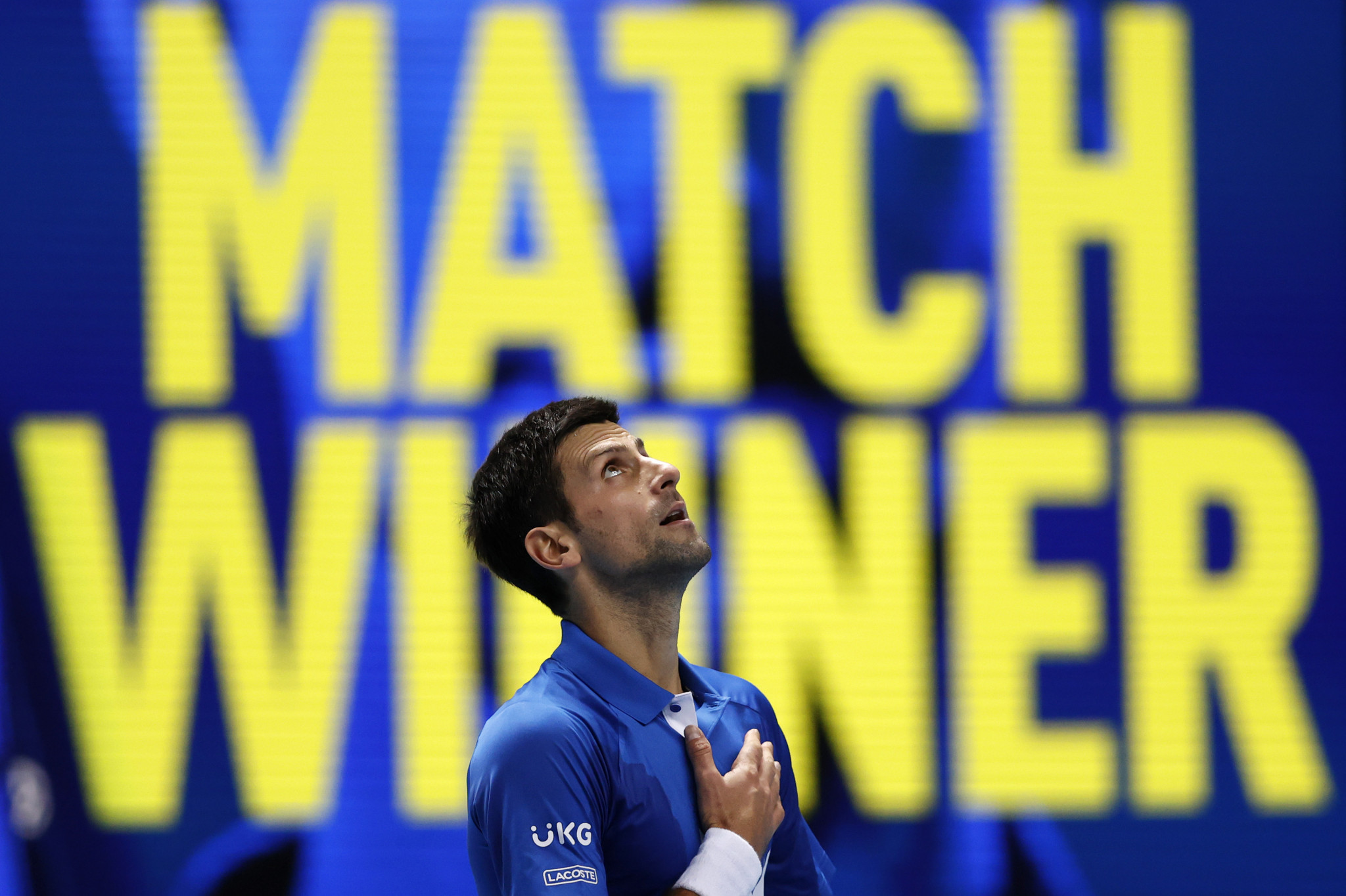 Novak Djokovic beat Alexander Zverev in their winner-takes-all match to book the last place in the Association of Tennis Professionals (ATP) Finals last four in London.

Serbia's Djokovic is a five-time winner of the ATP Finals, but not since 2015.

Djokovic will play Austrian Dominic Thiem in the semi-finals.

The defeat for Zverev brings his season to a close, and Djokovic was asked about the German, who is facing allegations of domestic abuse made by a former partner, after the match.

"I sincerely wish for him that he overcomes this soon and that he can focus on his life and tennis career," Djokovic said, as well as suggesting the ATP should adopt a policy on domestic abuse.

Djokovic went on to tweet his support for Zverev - who has denied the allegations - "in what awaits you on and off the court".

Not for the first time this year, Djokovic's comments have been met with heavy criticism from some quarters.

Always a pleasure sharing the court with you Sasha @AlexZverev. Great ending of the season for you. Best wishes in what awaits you on and off the court. Stay strong.

Happy to qualify for Semi-finals in the last year of #ATPFinals here in O2. Idemooo for tomorrow 💪🙏 pic.twitter.com/4xs86RpK1R

Medvedev will play Spaniard Rafael Nadal - who has never won the ATP Finals - in the semi-finals.

With the score 6-6 in the first set, the Spanish and Argentinian pair retired hurt.

Both are through to the semi-finals.